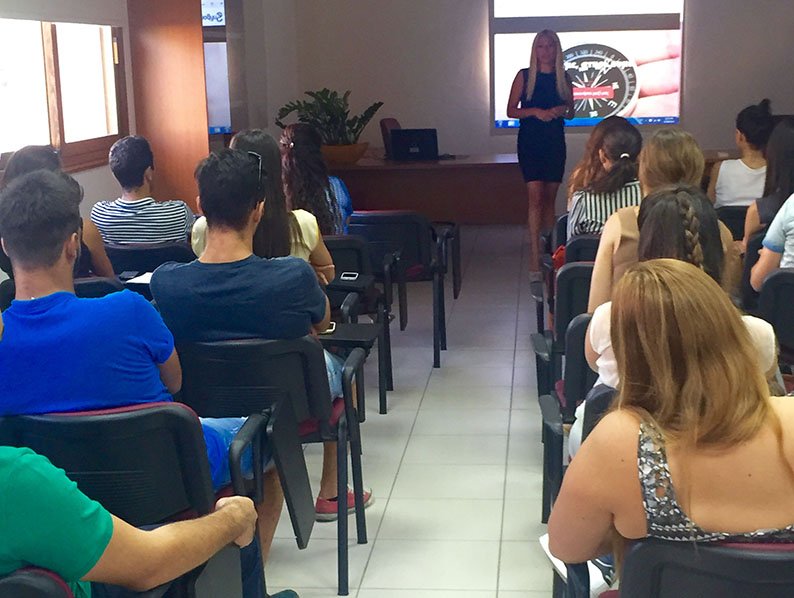 On average, 53.4 per cent of Cypriots aged 30 to 34 have successfully completed higher education

A new EU report says Cypriot women are better qualified than men, but it’s not quite what it seems

A total of 62.1 per cent of women in the age group 30 to 34 have successfully completed tertiary education in Cyprus, compared to 43.7 per cent of men, Eurostat reported last week.

The obvious conclusion from the report is that Cypriot women are better educated and qualified than men, but before women start crowing, they should consider that as is so often the case with crude statistics, the figures are not quite what they initially appear.

Part of the gender gap in higher education can be attributed to an international trend. On average in the EU, 9.5 per cent more women of this age group have completed tertiary education than men. Women not only enroll at higher rates than men but also do better academically on average.

“Both parents and educators tend to believe that when a boy performs well at school it is because he is naturally clever. In contrast, when girls perform well academically, it is believed that it is because they are more disciplined and more likely to study and work harder. These stereotypical assumptions lead to more pressure towards girls to work hard and to be ‘a good student’. This pressure exerted on girls to perform well academically may translate into more women in universities,” commented Maria Angeli, project coordinator at the Mediterranean Institute of Gender Studies (Migs).

“One reason that men may opt out of tertiary education is that they have more employment options as non-graduates. There are more male dominated professions that offer a good wage and that do not require an academic degree. For example, becoming a car mechanic, plumber and others.”

In contrast women have fewer options for employment as non-graduates and the options available are less valued and offer lower wages.

“The majority of professions for non-graduates that require technical skills are male dominated and are not accessible to women.  This leads to women being pushed into tertiary education in order to access employment.”

in Cyprus an added factor is that at least some young men lose interest in studying during their time in the army. The two-year gap between school and studies, which is how long the national service lasted until recently, and the lack of brain exercise during this time can result in them forgetting much of what they have learned before.

This can have two results which may have influenced the 2016 statistics. A number of ex-conscripts don’t go on to attend any tertiary institution while others start and fail; but the percentages are all about the successful completion of studies.

The Eurostat measurements also did not specify what exactly is meant by ‘tertiary educational attainment’. Researchers Maria Meletiou-Mavrotheris and Chrystalla Maouri have studied the academic developments of young Cypriot women and found that they often chose shorter university courses. The top degree subjects of the female students, the study says, are secretarial studies, which 24 per cent pass, and 20 per cent study ‘education’, which is mainly a term for a course which qualifies women to teach in kindergartens. Both are courses taught in one or two years.

On the contrary, young men’s top choices are engineering (20 per cent) and law enforcement (19 per cent), which take at least three years to complete. Men who don’t go for these choices might not be in the loop because they pursue vocational occupations which are not counted as tertiary attainments, while a beautician or aesthetics course at a college or university is.

The researchers found that 13.6 per cent of women complete one-year courses but men just 1.8 per cent.

But on the whole, the figures for both men and women seem encouraging. On average, 53.4 per cent of Cypriots aged 30 to 34 have successfully completed higher education, far more than the average 40 per cent in the EU and well above the EU’s target of 46 per cent for 2020.

However, the women’s results should be viewed with reservations as despite their academic prowess they still have much to achieve. Not only do they expect a lower salary than men after their studies, they also end up getting paid 16.4 per cent less for the same type of jobs, the European Commission reported.

And either unemployment drives more women to study, or studying doesn’t help them that much to find jobs. In 2016 23.9 per cent of men under 25 years old were unemployed in Cyprus, but the figure was 36.2 per cent for women of the same age.