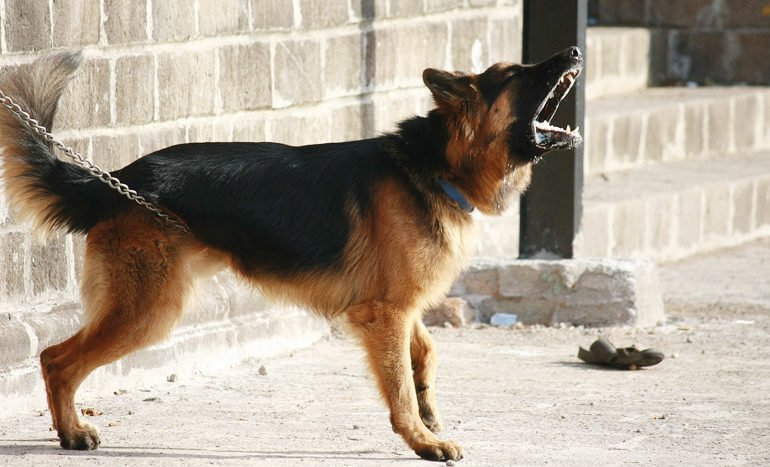 PAPHOS officials hope that a law to punish owners of dogs which bark uncontrollably will be passed by parliament before the summer recess.

“The amendment is only two pages and it’s not a difficult task, so I am optimistic. If not, it will be in the autumn,” said Green party MP, Charalambous Theopemptou.

A new bill which covers all areas of dog ownership aims to limit the number of dogs permitted to be kept at home, ensure microchipping of all canines, address their living conditions and implement strict rules for dangerous breeds. It also provides for heavy fines and quicker enforcement for owners breaking the law.

But Theopemptou warned that the new law is not a solution, just one part of a wider issue.

“We will still have a problem with stray dogs and perhaps dog barking. What is needed is a comprehensive neutering campaign and a plan to educate on stray dogs and cats; understanding of animal welfare needs to be far reaching,” he said.

Mayor of Polis Chrysochous, Giotis Papachristofi said that residents should be able to live in a peaceful area and that the new laws will help to go some way as acting as a deterrent.

“We have to be able to give stricter penalties,” he said.

Health inspector of Geroskipou municipality, Marios Nikitta, himself a dog owner, said that although his municipality does what it can to eradicate incessant dog barking, the new law needs to be brought in straight away.

“We, as municipalities, need more power and have the option to deal with dog owners more strictly,” he said.

Nikkita said that currently municipalities can hand out fines in a number of instances, but he believes that an increase in the list of points for which municipalities may issue fines would be a great help.

“Nearly every house in Cyprus has one or more dogs and many people are not complying with the law or using common sense.”

In Peyia, complaints over nuisance dog barking are particularly high and the new mayor and council have been taking a proactive approach to tackling the issue, according to Peyia resident, David Reiling.

“I know of holidaymakers that have complained that the disturbance from dog barking has ruined their holiday and said that they wouldn’t return. I also know of other residents that have had to move because of the problem.”

Reiling is one of them. He moved after his complaints of the incessant barking of around 20 hunting dogs nearby went unanswered.

“I had to move and I was lucky as I am renting. On one side there were 14 hunting dogs and the other side eight. It’s not their fault, as they were caged all day long in the searing heat,” he said.

Reiling said the new mayor, Marinos Lambrou, is making concerted efforts to deal with the issue.

“He is making approaches to ensure that the dog warden is doing his job properly,” he said.

Reiling has more than 20 current and separate complaints about nuisance dog barking, but said that around half complainants wouldn’t proceed, as they don’t want their identities to be revealed.

He stressed that the dog-related problems are caused by residents of all nationalities including the British and Cypriots.

One English Cypriot resident, who did not want to be named, said that many people in the area generally leave their dogs chained up outside or caged. She said this causes the animals to bark all day and all night long, which has caused her and her neighbours many sleepless nights.

“Owners don’t want to keep them in the house because of fur shedding or in case they destroy the furniture or soil inside. Some hunting dogs are purposefully kept outside and isolated and hungry. But dogs are sociable, they need interaction and stimulation,” she said.

“I have a problem in my street with a man that has four dogs chained up outside, they bark all of the time and the yard smells, but I am scared to go to the police or complain, as he may poison or hurt my animals or harm me or my property.”

“Dogs bark as a natural way to communicate, but the excessive barking we see in Cyprus is not normal. The dogs that bark for long periods of time are generally alone in cages, or tied up. They are stressed, lonely and bored,” she said. “These are learned behaviours, which can generally be sorted out.”

Cowie said that mostly the problem is not the dogs, but the owners.

“Most dogs can be rehabilitated but each one has to have an individual approach to the process and I have to find out why they are barking incessantly.”