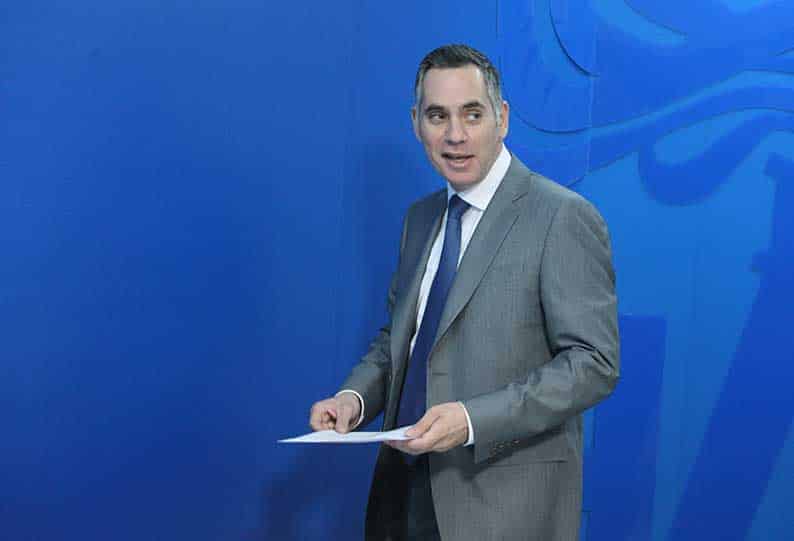 DIKO leader Nicolas Papadopoulos’ presidential campaign may find itself in hot water as the office of the Personal Data Commissioner investigates complaints from several citizens who received calls inviting them to attend a protest against the 1974 Turkish invasion on Thursday, at which the presidential hopeful will be the main speaker, it was reported on Wednesday.

According to daily Politis, dozens of people claiming to have received such calls from the Papadopoulos campaign said that they never consented to receiving calls or other promotional material regarding its activities.

But while the campaign claims all calls made by its call centre are to random telephone numbers, several complainants have reported that they were addressed by the caller by name, suggesting use of contact lists containing personal data.

In fact, Politis said, even data commissioner Irene Loizidou-Nicolaidou herself was contacted by the campaign in order to attend the event.

“They may not use a database that does not belong to them,” she told Politis.

“For instance, if they use other parties’ contact lists without explicit consent from the people they are calling.”

Penalties for such offences include a warning, a fine, or even, if neither measure works, shutting down the call centre.

The protest, for which the Papadopoulos campaign has launched a no-holds-barred promotional blitz, is organised by the three parties supporting his candidacy –Diko, socialists Edek and the Solidarity movement.

Meanwhile, a string of other events in protest of the 1974 invasion are also being planned for Thursday.

The presidency is holding an event at the gardens of the Presidential Palace at 8.45pm, featuring a speech by President Nicos Anastasiades to be followed by a concert.

Another protest will be staged by the Kyrenia refugees association (Adouloti Kerynia) at the end of Nicosia’s Ledra street, scheduled for 7pm, with speeches from Paphos bishop Georgios and academic Christodoulos Yiallourides.

Earlier, at 6.45pm, Edek’s youth wing is holding a march starting at the Doros Loizou bust near the Ochi square in downtown Nicosia.

Far-right party Elam has announced an anti-occupation and anti-federation protest on Thursday at the Ledra Palace crossing point in Nicosia’s buffer zone.

Rocking festivals on Saturday in Nicosia