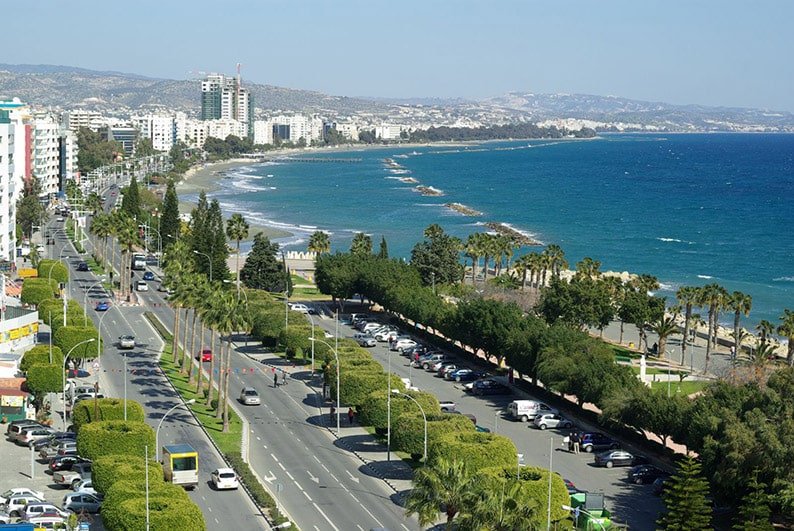 Limassol’s status as a lively cosmopolitan seaside business centre which is home to a large, mostly wealthy expat community is having a huge impact on rents and pricing locals out of the market.

Property experts say rents in Limassol far surpass those in any other city across Cyprus.

An unremarkable average two-bedroom flat can rent for between €800 to €900 and more per month if close to the beach. Further away from the coast, rents may be between €500 to €600, according to property valuer and consultant Antonis Loizou.

By contrast in Nicosia, the same kind of flat, even in areas with high student populations such as Engomi and Makedonitisa that push up rents might cost somewhere between €450 to €550, chairman of the Cyprus property valuers’ association, Kyriacos Talatinis, told the Sunday Mail.

The discrepancy is infuriating Limassolians desperate to rent.

“I think the heat here in Limassol has gotten to everyone’s brain. Please explain to me how the hell in Paphos and Larnaca you can find brand new apartments for €350 up to €500 for two bedrooms and in Limassol, one bedroom from €750 to €1,000,” one commentator wrote on a Facebook group advertising houses and flats for rent.

“Some people have families…how are they supposed to buy other things for the house and support their children. I don’t know if my voice will be heard but it’s about time someone spoke their mind.”

According to Talatinis, Limassol’s high proportion of Russians is a major factor in rental prices.

“Limassol has a special category comprised of Russian businesspersons that can afford to pay high rent,” he said.

Limassol is also unique, Loizou said, because it attracts plenty of foreigners for businesses. Although Paphos and Protaras are also popular rental spots, this is primarily in the summer months due to the tourist season, whereas the demand in Limassol is all-year round. This contributes to the cosmopolitan feel of the city that makes it so attractive to Russians who can afford more than the average locals.

Limassol has also been the recipient of many beneficial projects such as the marina and the upcoming casino while the old town has been given a huge facelift.

Although Limassol is a special case, the demand for rental properties in general has grown in recent years.

After the 2013 financial crisis “demand for rent increased because the capability of local buyers was limited due to difficulty obtaining loans for instance and thus they turned to renting,” Loizou told the Sunday Mail.

“As a result, there is less supply.”

The changing structure of society is also part of the demand for rental properties. Although Cypriots began to turn to flats as housing loans became harder to obtain, another contributing factor is that young couples largely choose to move in together before taking any more permanent steps in their personal life.

“The ways of life we saw in the West decades ago are quickly becoming the norm in Cyprus,” Talatinis said.

Nowadays, couples will try out renting a flat together before opting to get married – if they even choose to at all – a model drastically different from the traditional scenario when two people would get married and buy or build a house, he added.

“All of these factors contribute to an increasing demand for apartments, which in turn push prices up.”

But Loizou suggests that this increased demand could in turn encourage young people to go back to buying property.

Another effect in Limassol will be that people on lower budgets will look to places further away from the beach where rent costs are lower, Talatinis said, or alternatively seek out older properties.

Limassol residents Eleana Gregoriou and her boyfriend, both in their 20s, have been searching for a place to rent for months now.

“We’re not in a terrible rush as we’re both comfortable living with our parents, but we really want to start a life together and it’s hard because the rent prices are really off-putting.”

Gregoriou works two jobs, as does her partner.

“We were really considering one that was €500 with two bedrooms near the central police station. I was near my job as well but it was such an old flat. I didn’t want the roof to collapse over our heads!”

A quick search online shows a growing resentment over rental costs in Limassol. A Facebook group posting an advert for a newly built two-bedroom flat in Zakaki and asking for €850 per month, quickly got responses along the lines of “what the f**k. We’re looking to rent, not buy.”

It has also seen the creation of groups exclusively advertising flats rented out for less than €500.

One commentator said they often observed an apartment being advertised for €500 for instance but then within a few days would be advertised for €730 “because too many people want it and they can make the price as they want.”

Swearing seems to be common underneath various advertorials, with one posted about two weeks ago asking for €1,000 per month for a two-bedroom house in Nikou Patichi soliciting a response of “are you f**king joking?

“€1000 for two bedrooms with furniture dated from the Middle Ages? And in Nikou Patichi? Wake up for f**k’s sake.”

Salaries often crop up in discussion. One commentator said that perhaps the wrong question was being asked. Instead of asking why rent prices were high, the question should be “why are the salaries in such a good city so low? They forgot to increase the salaries!”

Some tenants are still protected by the rent control law. In Limassol, properties for rent that fall under the responsibility of local municipalities or are in Platres, Kakopetria or Lefkara and were built before December 31, 1999 can fall under this law which aims to protect tenants that have already signed a contract with a landlord.

According to Talatinis, every two years, Cabinet sets a percentage by which owners have a right to increase the rents for an existing contract, valid for the following 24 months.

Since 2015, the increase has been set at zero, which means existing rental contracts, if renewed, cannot contain a price increase.

If the current tenant is not interested in renewing a contract, a landlord can then charge a new tenant whatever price they want to begin with.

The law however applies only to Cypriot and EU nationals – meaning Russian residents are exempt from the protection the law offers.

Nevertheless, tenants who feel they have been wronged by their landlords can take the case to a rent control court, Loizou said.

“With the speed of courts in Cyprus, however, that’s another story.”

Cancer patient appeals to health minister to save his life