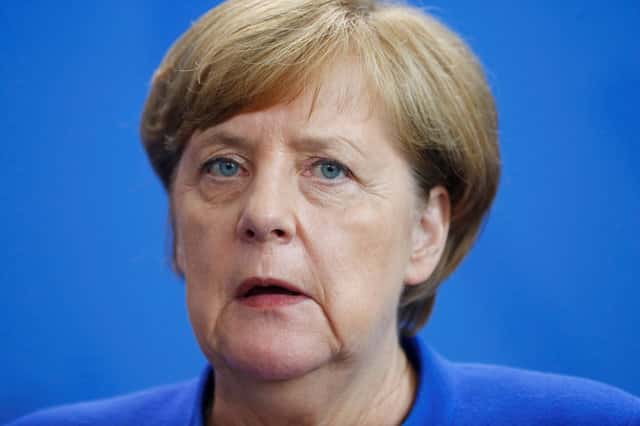 Germany’s centre-left Social Democrats (SPD) slightly narrowed the gap with Chancellor Angela Merkel’s conservatives in a poll published on Sunday, only hours before the centre-right leader will face her challenger Martin Schulz in a television debate.

Pollster Emnid said in a survey prepared for Bild am Sonntag newspaper that if its numbers were borne out in the Sept. 24 election the next government would have a stable majority only with renewal of the current “grand coalition” between Merkel’s conservatives and the SPD – or with a tricky three-way coalition between the conservatives, Greens and the Free Democrats (FDP).

The debate will be the only direct confrontation on television between Merkel, Chancellor of Europe’s biggest economy since 2005, and the SPD’s Schulz. It will be aired live in the evening (18:15 GMT) on the four big channels.

The debate is viewed as the last major chance for Schulz to win back momentum and convince voters he would be a better leader than Merkel, who stands as probably the most influential national leader in Europe despite heavy domestic criticism from some quarters on her past liberal immigration policies.

With the economy humming and unemployment at a record-low, Germans may have little appetite for political change. The SPD is trailing Merkel’s conservative CDU/CSU bloc by double digits in polls.

The latest survey by Emnid showed that Schulz and the SPD gained one percentage point to 24 percent. Merkel’s conservatives remained unchanged at 38 percent.

The leftist Die Linke came in at 9 percent, making it the third-strongest political force. The Greens, the business-friendly FDP and the anti-migrant AfD stood at 8 percent each.

Schulz has said he is going into Sunday’s television debate convinced he will win the elections. “A successful duel can create momentum,” he said in an interview conducted after media reports suggested his predecessor as leader had given up hope of an SPD victory.

Merkel told the Rheinische Post newspaper she expected the debate to spark great public interest. “I’ll be happy if as many people as possible take the time to watch,” she said.