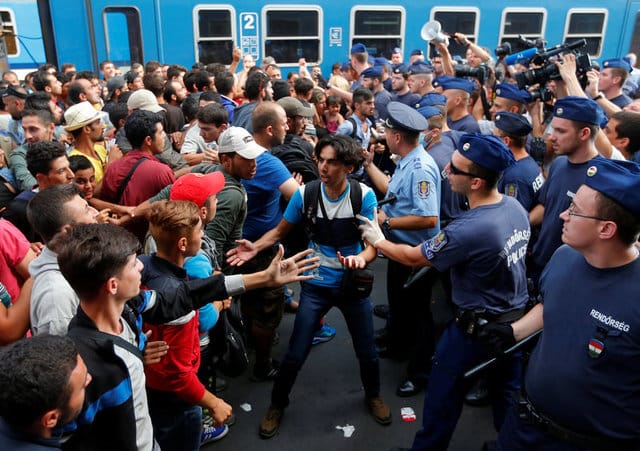 Eastern European Union states must drop their resistance and accept their share of refugees who arrived in the bloc, officials and diplomats said on Tuesday after a court ruled they must abide by the quota.

The EU’s highest court ruled last week that member states must take in a share of refugees who reach Europe, dismissing complaints by Slovakia and Hungary and reigniting an east-west row that has shaken the bloc’s cohesion.

Brussels and other capitals hope member states will respect the European Court of Justice (ECJ) ruling.

Poland and Hungary are opposed to accepting anybody, their reluctance shared by ex-communist peers Slovakia and the Czech Republic, who have, however, accepted a handful of people under a 2015 EU scheme designed to move 160,000 from Italy and Greece.

“All members of the EU must respect the ruling,” Manfred Weber, the head of the of the largest faction in the European Parliament, told a news conference. “The legal fight is over.”

“Migration is still a political wound of the political landscape all over Europe … All the reasonable and all the responsible politicians have to go now (towards) a compromise.”

EU officials and diplomats say they will make another push this autumn to try to bridge the divisions. EU interior ministers will debate the matter in Brussels on Wednesday.

However, Hungarian Prime Minister Viktor Orban has said he will fight on. Poland, whose nationalist government is now engulfed in spiralling feuds with the bloc, said its migration stance has not changed.

Italy and Greece, where most of the people crossing the Mediterranean disembark, as well as Germany, Sweden and other wealthy EU states where refugees and migrants want to head, want a quick aid scheme for any repeat of 2015.

German Chancellor Angela Merkel said she hoped the dispute will soon be over after the ECJ ruling, but also made clear she saw it unacceptable for EU states to disregard the court.

The bloc may eventually vote on any changes to its migration and asylum laws by majority, leaving those reluctant behind, a move that would also widen the east-west splits in the bloc.

“I don’t think there is anything to argue about anymore. The decision is there for member states to implement,” said a senior EU diplomat.

Struggling to control chaotic movement of people at the height of the crisis, some EU states introduced emergency border checks inside what normally is the bloc’s Schengen zone of control-free travel.

They expire in November and Brussels is keen to restore the free flow of people across the EU, often hailed as a proud and tangible achievement of European integration.

Also on Wednesday, EU ministers will discuss a proposal by Germany, France, Denmark, Austria and Norway – not in the EU but part of Schengen – to allow for such extraordinary border checks to continue on security grounds, rather than migration.

In practice, that would mean keeping those already there in place for longer, as well as being able to apply them more easily in the future.

Denmark said last May it wanted to go on with border restrictions, while Germany has said it needs the checks to combat the threat of Islamic militancy in Europe after a raft of attacks around the bloc.

No more monkey business: lawsuit over macaque’s ‘selfie’ is settled

Threat of violence if banks seek evictions being investigated (updated)