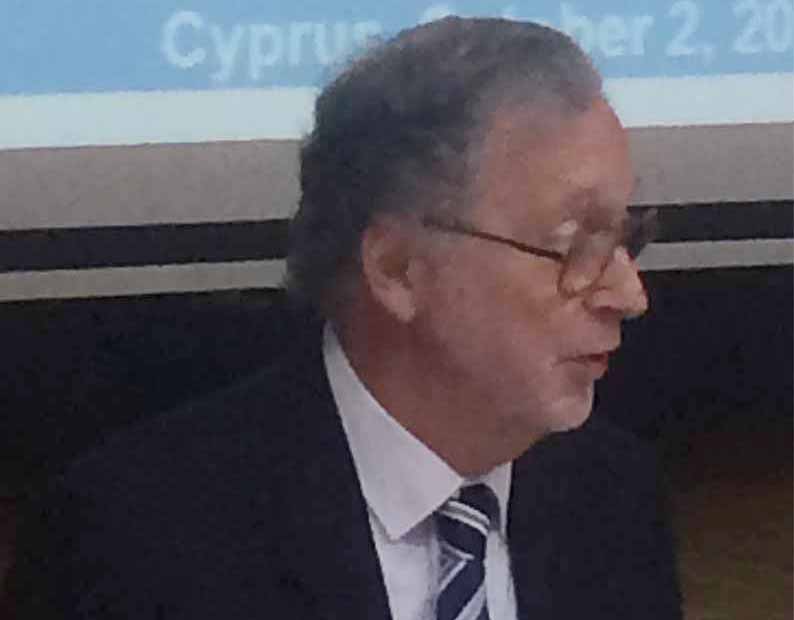 An international conference on the future of energy in the eastern Mediterranean held in Nicosia earlier this month had three main themes: global energy developments and their impact on the East Med; the oil and gas industry and the prospects for the region, and energy transition and renewables in the East Med.

The keynote presentation was made by Professor Jonathan Stern of Oxford University’s Institute of Energy Studies, who is a renowned expert in the global energy and gas industries. It was a forceful but sobering presentation setting the global scene. His opening statement was that the ‘good old days’ of the global gas sector are over. Industry liberalisation, increasing competition, short-term trading, the relentless advance of renewables, energy efficiency and carbon reduction policies are impacting future energy demand. The future for gas is uncertain due to competition from low carbon energy and Paris Climate Agreement commitments.

The rate of growth of energy, power and gas demand in Europe has declined since its peak in 2010. Low prices also mean that companies want guarantees for projects for at least 15 years – otherwise they do not invest. Russian gas penetration of Europe is increasing and low prices make it difficult for others to compete.

The global spread of LNG, and especially US LNG and increasing short-term and spot trading, have led to convergence and lowering of gas prices for the longer-term. All of these make it more difficult for any East Med LNG to secure long-term contracts, which are essential to underpin multi-billion dollar project development. This is why no new greenfield LNG projects are being sanctioned anywhere.

With low gas prices major pipelines, other than Russian pipelines to Europe and China, are out of fashion due to politics and transit costs. In the longer-term LNG will dominate gas trade, with FLNG unlocking stranded assets.

These global changes make commercialisation of East Med gas much more difficult, especially with global gas prices stuck in the range $5-6 per mmBTU.

David Koranyi, director of the Atlantic Council, talked about US energy policies under President Trump. Domestically there is increasing support for coal and nuclear, but gas is remaining competitive. Energy independence and global energy dominance are now the goals, with the US aiming to boost gas and LNG exports to balance trade deficit.

New sanctions against Russia may impact gas pipelines, but there could be over-reaction from Europe if these are implemented.

According to David Livingstone, associate fellow of Carnegie Energy and Climate, global decarbonisation policies, including carbon pricing, are impacting the global gas market. In his view, the competitors for Cyprus LNG are Qatar and US LNG.

Mehmet Ogutcu, Global Resources Partnership UK, agreed that the world has an abundance of energy supplies, including gas, which are driving prices low. In addition, the move away from pipelines to LNG means less reliance on transit countries and less geopolitics.

Oil and gas: prospects for the region

The keynote presentation was made by Charles Ellinas who spoke about regional markets, particularly Egypt and Turkey, and prospects in Israel, Lebanon and Cyprus.

Gas discoveries in the East Med are deep-water and expensive to develop. They are also far from the likely markets in Asia. He emphasised that collaboration will be key to keeping development costs down. In a low price environment, only integrated projects which minimise costs from well-to-export will stand a chance to become financially viable and secure export markets. And even then it will be challenging.

According to Dario Speranza, vice president of Political and Institutional Analysis ENI, Zohr changed the East Med picture, so much so that all new entrants to the region are now looking for gas in carbonate formations. In addition, Zohr could act as a catalyst to develop other gas-fields in the region.

More than 3000 bcm gas has been discovered in the East Med, but even then this is only 1.5 per cent of global gas resources. Indications are that the potential of new discoveries could double or treble this amount. ENI estimates that, after supplying regional markets, potentially there may be 40-50 bcm/yr excess gas in the East Med available for export, with Egypt being key to this.

This calls for cooperation and interconnection in the region. Cyprus could be pivotal to such future developments, but the easiest way to export is by using Egypt’s infrastructure.

The East Med has an opportunity to become a gas hub, but low development costs are paramount to achieve exports. It should also be noted that regional economies are in need of affordable energy supplies to develop.

Gazprom is filling the gap, with gas supplies to Europe increasing annually due to its competitive prices. Plentiful supplies and low cost make Russian gas difficult to compete with.

Summing up, Nicolo Sartori, IAI, welcomed the regional political commitment to cooperate. However, difficult global markets, LNG oversupply and low prices do not help gas exports. However, regional markets are underestimated and should be considered first.

According to John Roberts Egypt and Turkey are the key gas markets in the East Med, but both are problematic. However, the greatest risk to the region is posed by Syria. A serious flare-up there could have a major impact on regional security and stability. In addition to low prices, what worries oil&gas companies and investors is risk and uncertainties. And East Med has plenty of both.

Cyprus has accepted most related EU directives and regulations, but implementation is often found wanting. Energy efficiency measures in Cyprus are not effective and commitments to reduce green waste have a long way to go – none of the targets has been achieved so far. In Cyprus regulations are not the issue, implementation is.

Julian Popov, fellow of the European Climate Foundation and former Bulgarian environment minister spoke about the energy dilemmas of the East Med. As far as southeast Europe and the East Med are concerned, European energy priorities were developed 20 years ago and included the southern gas corridor and electricity super-highways. However, some of these ideas are now superseded by developments. There is now energy proliferation. Energy is no longer the issue – demand is and market liberalisation.

The synergies between natural gas and solar thermal energy were taken up by Professor Costas Papanicolas, chairman of the Cyprus Institute. Based on studies performed by the institute, he warned that the East Med region is in danger of being hit severely by climate change. He then described the solar energy technologies being developed at the institute. Assistant professor Hayriye Kahveci talked about the electrical interconnection between north and south in Cyprus and the possibility that electricity may be the medium for increasing cooperation in the region.

East Med Energy: Moving Forward was held at the Goethe Institute in Nicosia on October 2. It was organised by Prio Cyprus Centre, Friedrich-Ebert-Stiftung Cyprus, the Atlantic Council and Istituto Affari Internazionali (IAI) from Rome

Britain and Cyprus: a cocktail of love and hate

My agonising eight-hour wait in casualty