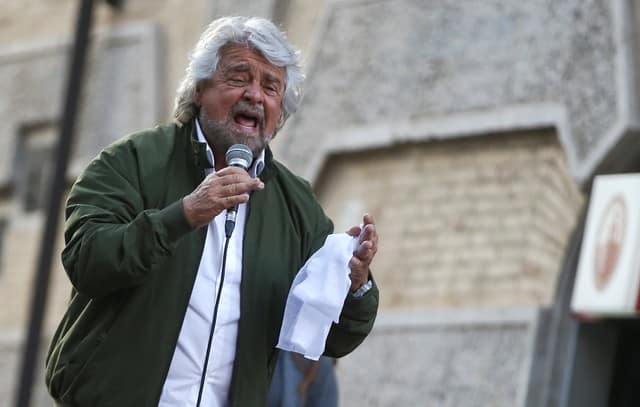 Italy’s upper house senate approved on Thursday a new electoral system that is expected to handicap the anti-establishment 5-Star Movement at a forthcoming national election and favour mainstream political blocs.

The bill has already been approved by the lower house thanks to a battery of confidence motions that swept aside all opposition and now only needs a green light from the head of state to become law. This is expected in the coming days.

The voting system, a mix of proportional representation and first-past-the-post, will benefit parties that form pre-election coalitions — something the 5-Star has always ruled out.

With opinion polls pointing to a three-way split between the centre-left, centre-right and 5-Star, analysts say the new electoral law will not produce a clear-cut winner at the next election, which is due by May 2018.

Italy has had 64 governments since the end of World War Two, including five in the past seven years, and a renewed bout of political instability in the eurozone’s third-largest economy could hurt global financial markets.

To prevent a financial backlash, analysts say some form of grand coalition between the more moderate parties on the left and right is likely to emerge from any ballot-box stalemate.

“You are all the same. You don’t have any ideas or any policies, just the same mission: to keep hold of your seats and continue to squeeze the country dry,” the 5-Star Senate leader, Giovanni Endrissi, told the upper chamber on Thursday.

Polls show the 5-Star is currently the most popular party in Italy, with support at around 30 per cent nationally.

President Sergio Mattarella had called on parliament to draw up a new law to harmonise the existing voting rules that risked throwing up different results in the two houses.

“This law is the fruit of delicate mediation between coalition and opposition parties, which are very different parties with very different interests,” said Luigi Zanda, PD Senate leader.

This will be Italy’s third electoral law since 1993 and gives political leaders the power to pack electoral lists with supporters, potentially stifling internal party debate.

The first-past-the-post element will benefit parties that have a strong local base, notably the Northern League, which looks set to win a large majority of seats in the wealthy north.

Under the new system, IXE pollsters predicted on Thursday that a centre-right bloc made up of Forza Italia, the Northern League and Brothers of Italy party would win 269 of the 630 seats up for grabs in the lower house.

Renzi’s PD allied with a small centrist party would take 180 seats and 5-Star 153 seats. A small bloc of leftist parties that have rebelled against Renzi, would take 20 seats, IXE said.

Approval of the electoral law leaves parliament with one final task to complete before the houses can be dissolved — the reading of the 2018 budget.

That legislation is expected to be passed by Christmas, which could open the way for national elections as early as March.