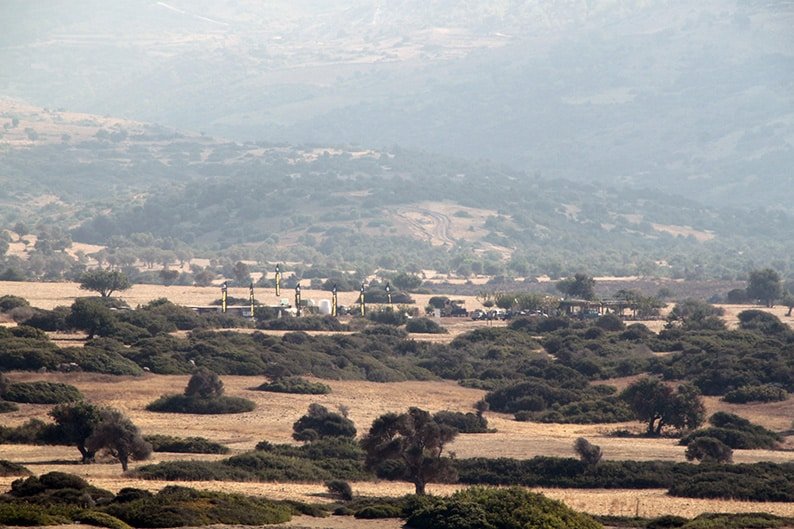 ENVIRONMENTAL organisations raised the alarm on Friday over the risk of the fragmentation of the Akamas peninsula after a number of actions took place this week that could lead to uncontrolled development.

An announcement – signed by a number of environmental groups – said that three events took place this week that “highlight again the real extent of the problem of inadequate conservation and management of the Akamas peninsula”.

The activists said that Peyia municipality filed an appeal to the Supreme Court against the building permit given for the construction of a development in Ayiovouni area, which is of “a particular ecological value” and which borders with the areas of the Natura network and the Akamas peninsula’s special protection area.

The municipality filed the appeal as both the building permit and the environmental study of the proposed project did not take into consideration the local authority’s concerns, the group said, while the town planning authority issued a positive environmental impact opinion despite recognising serious non-reversible consequences on nature, wildlife, landscape, geology, water, the use of land and public infrastructure in the area.

On another occasion, the finance ministry, the group said, in cooperation with the interior ministry and the department of lands and surveys included in the list of government land proposed for disposal, a piece of land of more than 75,000 square metres located within the state Peyia forest and the Akamas National Park and which is within the Natura network and near the Akamas peninsula’s special protection area.

In addition, they said, the department of road transport granted a permit for the organisation of an international quadbike show and exhibition in a farm and forest road network near the protected sea areas of Lara Bay and Toxeftra. “The show is taking place on a Turkish Cypriot property plot in which earthworks (excavations and embankments) have been carried out and a quad bike track was created,” the group said.

The plot in question, they said, is also within the Akamas national park and the Natura area, and that authorities responsible for the preservation of those areas were notified of the organisation of the event the last moment. Organising an international quad bike show near beaches where turtles lay their eggs, the group said, is not in line with the conservation and management of the Akamas peninsula.

This is the umpteenth time the last few months that a permit is granted for activities within the Natura area that are incompatible with preservation and without a screening of their environmental impact, the group said.

The group said they demand the introduction of an “integrated, binding and effective regime for the protection of the Natura 2000 sites and the Akamas peninsula’s special protection areas and for ensuring a sound, timely and adequate environmental impact assessment of certain projects and projects” which are located within or near these areas.

Our View: The erratic and populist Kotzias silent as a lamb

The goal of ‘union’ with Greece is outdated