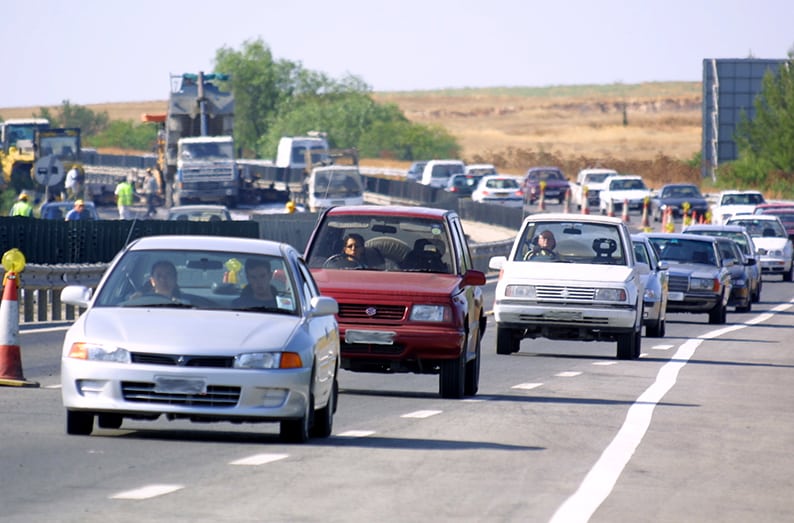 Traffic accidents are a major contributor to unnatural causes of death. In the EU they constitute a fifth of all causes. It is estimated that nearly 1.3 million lives are lost worldwide on an annual basis and anything between 20-50 million are injured or disabled. In 90 per cent of cases the cause of this mayhem is the human factor.

The behaviour of drivers depends on a combination of cognitive, affective and motivational aspects. These play a major role in road safety or risky behaviour. Normally, hazardous driving is associated with aggressive behaviour. This aggressive demeanour can be elicited in different overt and indirect ways. It includes: selfishness, impatience, impulsiveness and reckless manoeuvres, speeding, running a red traffic light, flashing lights and blazing horns, revving the engine, abusive and derogatory language, swearing, insults and non-verbal offensive gestures.

This behaviour is also the child of a broader social conditioning which touches on matters of imitation, beliefs, emotions, values and norms. The people who drive in an aggressive manner are the same people whose trait characteristics may also manifest themselves in other social spheres – at home, at work and elsewhere. They feel oppressed and need to unleash their frustration on other drivers on the road. It is their way of attempting to exercise power over others and letting off steam.

Aggressive drivers tend to be more inflexible and arrogant in their attitudes, less cooperative, have poor self-control, low temperamental thresholds and cannot defer gratification. They seek impulsive excitement without regard to risk. Indeed, risk adds to the excitement.

Driving, therefore, is not just an expression of mobility but an expression of individual and social behaviour which unlocks and brings into the open the personality traits of drivers. However, despite the massive volumes of research findings on the subject, we are still not any closer to knowing the answers.

It is difficult, if not impossible, to master the detail and accuracy of predictions which may allow us to draw reliable conclusions about the personal factors, attributes and behavioural patterns of each driver that lead to traffic accidents. So we have to make do with what is known and broadly accepted: high risk drivers are easily prompted into acting dangerously and exhibiting anti-social behaviour as a result of certain triggers, events or circumstances which they experience whilst driving; or which have been triggered by incidents preceding driving. These drivers interpret other drivers, driving conditions and situations as provocations and respond to them in kind.

A major cause of accidents that has not received adequate attention is bumper to bumper driving (known as tailgating); and drivers not appreciating or knowing the distance it takes for a car to stop after braking. Tailgating is a compulsive-impulsive behaviour and a clear exhibition of dangerous driving. It is behaviour that it is reinforced by a cultural context: the belief, strengthened by a learning process through imitation, that it is “cool”. It is bravado and a driving mentality which, despite the widespread accidents it causes, has become so common that it appears as an almost licit and acceptable norm of conduct to drive dangerously close to others. It gives the false impression that drivers are masters of their craft and in full control. The facts, though, have another story to tell.

In Cyprus reliable official statistics are notoriously lacking. Where data exist, they fall short of expectation. Nonetheless, in the period 2008-2015 a total of 12,436 road accidents with 12,009 injuries were recorded by the Analysis and Statistical Office. Of these, 482 were fatal with male casualties constituting the highest category (78 per cent). The majority of fatalities were in the 15-24 and 25-39 age-groups (30 per cent and 27 per cent respectively).

Alcohol is the main single contributor (30 per cent) to these accidents, followed by speed (22 per cent) and reckless driving (13 per cent). When other traffic offences such as driving on the wrong side of the road, failing to give priority to vehicles, driving through red traffic lights are put together, they cause 18 per cent of the most serious and fatal accidents. When all types of accidents are considered, the vast majority, fatal or not, are caused by human behaviour. Speed is part of it. But when speed is combined with other behaviour, particularly tailgating and driving under the influence of alcohol, the result can be devastating.

Allowing for weather and road conditions and a car’s state, the stopping distance of a car depends on the driver’s psychological reaction time, the braking distance and the speed of the car. From the moment a hazard is perceived by the driver, it takes some thinking before braking. The time it takes to think and brake is crucial in either adding to or deducting from the stopping distance. Of course, this does not take into account the lapse in concentration caused by other diversions (e.g. use of mobiles) or the psychological process known as the “wandering mind”. A wandering mind is a state of trance. It is when our mind is pre-occupied with personal or other matters but not with our driving. In that state, our reaction time to danger is dramatically reduced.

On average it takes anything up to two seconds or more for a driver to register a danger and apply the brakes. The car in those few seconds is still travelling at speed. Once braking begins, the car’s speed determines the distance it will take for it to stop. The Transport Research Laboratory, UK, by testing and allowing a conservative minimum of 1.5 seconds of time for drivers to react to a risk, has calculated the average stopping distances of cars as shown. I have added the example of buses to provide an easy comparative visualisation.

Maintaining a safe speed together with a safe distance between a car and another is paramount for safety. In Cyprus as tailgating is widespread; and given the time and the distance it takes for a car to stop, the chances for drivers in evading collisions and injury are seriously impaired (and that is without including alcohol in the equation). This combination of speed and tailgating may also explain why accidents start as single collisions and end up as multiple car crashes.

For a road safety campaign to be effective, it must press hard the message about the psychology of driving, speed and safe distance: Think- Speed-Distance. Safe driving saves lives, reduces injuries and disability. It also saves the economy from substantial financial and social costs which go into providing rescue services, medical and psychological care and long-term rehabilitation. The human cost is not just measured by the number of fatalities and injuries. The grief and loss experienced in the process cannot be measured and it is too much to ignore.

Islamic State may be over, but al-Qaeda isn’t

The BBF remains our only hope for a solution