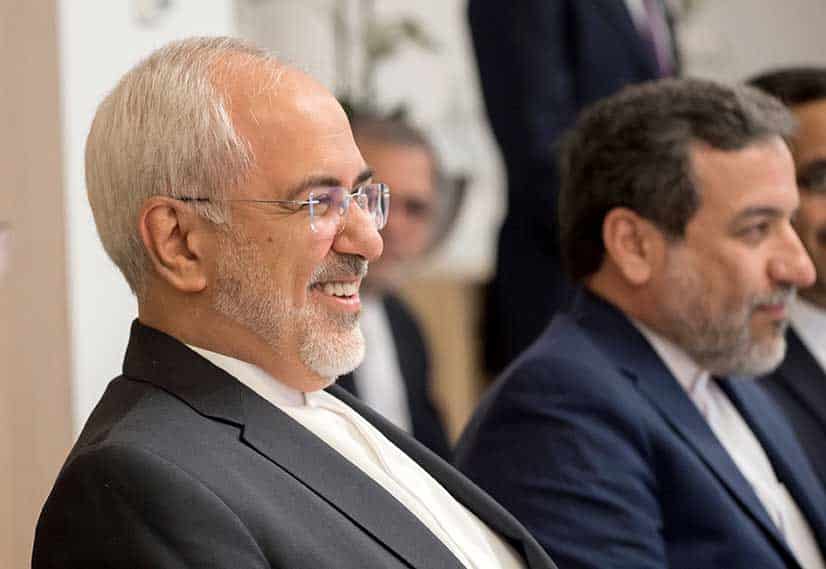 The Joint Comprehensive Plan of Action (JCPOA) between the Islamic Republic of Iran and the Five plus One (US, UK, Russia, France, China and Germany) reached in 2015 during Obama’s presidency to curtail Iran’s nuclear programme is hanging in the balance.

At the time of writing it is still unclear whether or not President Trump will keep the US in the agreement (which he has dubbed as shameful) or take his country out. Should he decide to withdraw from JCPOA the agreement will at best turn into a lame duck and at worst it will not be worth the paper it is written on.

The anxiety in the European capitals over the issue was palpable when they staged a coordinated press briefing of the foreign ministers of the most powerful countries on the continent to express unqualified support for the agreement just a day before the White House was due to announce its decision. The presence of Iranian foreign minister, Mohammad Javad Zarif, at the gathering also showed the significance Tehran attaches to the US keeping to the agreement. The prospects of international sanctions returning have urged Iranian policy makers to exhort European countries to lobby Washington for a favourable decision.

However, even if as expected, President Trump does not negate JCPOA it is more than likely that a new set of sanctions will be adopted by the US government against the Islamic Republic. The strong support of the Congress for Iranian demonstrators, stated in a resolution earlier in the week, only strengthens the hand of the president, who has charted a new path in US foreign policy towards Iran.

Already suffering from domestic unrest inspired partly by increasing economic hardship, Iran appears vulnerable to mounting public frustration that could spiral out of control. Large numbers of police have been visible across Iran, in the past couple of weeks, stationed to counter and control angry crowds. It is therefore of little surprise that Iranian diplomatic machinery should go into full gear to minimise the risks of the US withdrawing from the JCPOA. More sanctions could only worsen the austere economic suffering with possible political side-effects.

The undoing of the nuclear agreement, which may follow a US withdrawal from it, may also incur other risks for Europe and the Islamic Republic. With a number of UN Security Council resolutions against Iran’s nuclear programme the agreement appears the only insurance against military strikes that would target the nuclear infrastructure in the country. That eventuality, however, could trigger political changes on the ground in a manner that could threaten the perceived interests of the European countries.

Whatever the decision of the White House the nuclear agreement seems to be on a slippery slope. It is only logical to assume that the US president will sooner or later revoke the JCPOA, which he considers embarrasses the United States and harms its interests. Europe, as important as it may be, can ill-afford to part ways with its traditional ally that continues to be the most powerful military force and the largest economy in the world.