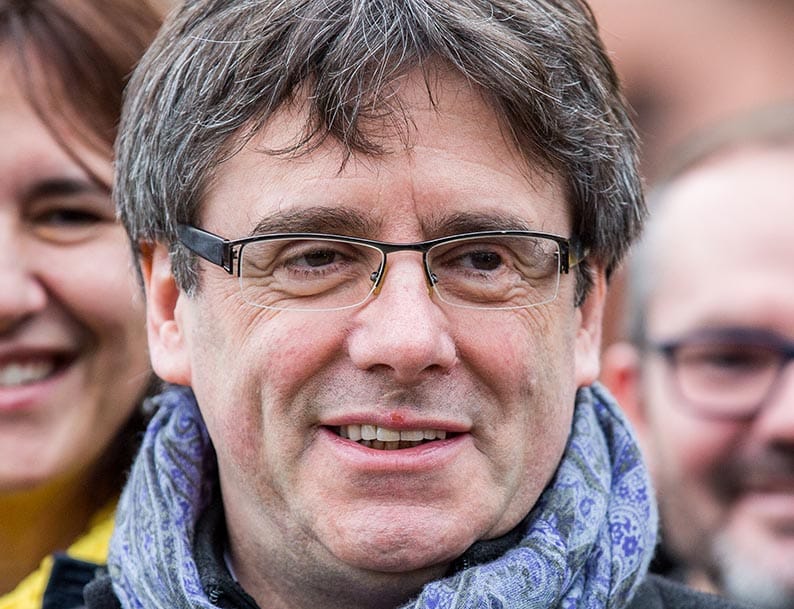 Not many people within the EU give much thought to the possible independence of Catalonia from the Spanish nation unless, of course, you are in Catalonia or the remainder of Spain, yet it could be catastrophic for the EU as a whole, never mind the great nation of Spain. It’s another one of those “It’s over there and therefore nothing to do with us”.

The EU itself also seems to have been remarkably absent from making any bold statements regarding Catalonia’s future as an independent country on matters such as EU membership and the use of the euro.

And yet if Catalonia does break away, then what about the likes of the Basques, Corsica, Sardinia and the Flems and Walloons, to name but a few other potential independent ‘countries’?

It is interesting that within the English language press, there appears to have been only modest coverage of the farcical referendum and the regional election, except for the graphic footage of the police beating up protestors in the streets of Barcelona, especially when the populace turned out to vote in an illegal referendum. It was exactly what those in favour of independence wanted: a wave of sympathy for those suffering under the brutal Spanish cops. That they were breaking the law was conveniently forgotten, and the claim that some 94 per cent voted for independence was absurd.

So, I don’t sympathise with the Catalans? Well, I’m actually pretty ambivalent about the whole matter, but I would hate to see a great nation disintegrate.

My wife and I lived in Barcelona from 1971 to 1982; our son was born there, and we witnessed at first hand the last four or so years of General Franco’s regime and the first six years of so-called democracy under King Juan Carlos (handpicked by Franco to restore the monarchy after his death). Like Cromwell in England’s civil war, Franco merely suspended the monarchy for the duration of his rule.

And it is at Franco’s feet that I largely lay the blame for the single-minded pursuit of independence that is urged on by so many somewhat narrow-minded Catalans today.

In 1931 Spaniards rejected the monarchy and formed the Second Republic, to which Franco objected. The ensuing, very brutal civil war ran from 1936 to 1939 and was won by Franco with the backing and assistance from both Nazi Germany and Fascist Italy. Catalonia was on the losing side.

Totally unforgiving of his opponents, Franco forbade the teaching and printing of the Catalan and Basque languages and censured the media as a whole. Even foreign newsprint was not allowed on the newsstands if it contained anything that appeared to be critical of Franco. I remember one such case where the very brief report in a UK newspaper was simply that Franco had a severe cold.

Outside Madrid Franco had a massive memorial built called The Valley of the Fallen and it is there that he is buried. The whole was built by civil war prisoners, but it only commemorates those who fell fighting for Franco.

Almost every town had a road named Avenida Victoria to mark Franco’s victory. Fortunately for Barcelona this particular road ran diagonally through the city, so it became known as El Diagonal.

With such relentless and unbending repression, the only outlet the Catalans had to express their feelings was the very vocal support of Barcelona Football Club (‘Barҫa’), originally founded by a Swiss and an Englishman! Anyone who follows “La Liga”, knows that only a few defeats by Real Madrid spells the end for any Barcelona manager. That fervour continues today, although I suspect that its origins are unknown by many of today’s young supporters.

When Franco died at the end of 1975, there was great uncertainty as to what would follow, and I well recall the fear that the country would once again slip into civil war. That it didn’t was largely due in my opinion to the calm manner in which the new king handled the situation. He even learned to speak Catalan, though he was criticised by the purists because he spoke with a Valencian accent.

Suddenly Catalan became overwhelming, but in an almost uncontrolled immature manner. Barcelona was justifiably regarded as Spain’s centre for medical excellence and the national medical magazine was edited and printed there. Soon after Franco died it was only issued in Catalan and only switched back to Spanish after much justified protesting from the nation’s doctors.

I needed an architect to help plan our new office space and engaged a talented young friend of a Spanish colleague. When he learned that I had been in Barcelona for a number of years he insisted speaking to me in Catalan as he was sure that I spoke it fluently. There followed several months of meetings with him speaking Catalan (a language spoken by a few million) and me speaking in Spanish (a language spoken by over 300 million). Fortunately for him I had a very good understanding of his language.

Our bright and upcoming senior accountants were posted to the US or UK for eighteen months to get international experience. Jaime (‘James’) was one such, but without telling anyone he landed in St Louis with a new passport bearing his ‘new’ Catalan Christian name of Jaume and was surprised that the US immigration initially refused to recognise him, since his name differed from that on the documents we had filed with the US authorities.

I was back in Barcelona for some six months on a special assignment in 1992 which happened to coincide with the Olympics being held in that city. In the run up to the games, the Catalans ran a number of full page adverts in the major UK newspapers with slogans such as: “Where in the world is there a country within a country?” When you turned the page, the next page said: “Catalonia is a country within Spain”, and the advertisements went on to give the impression that the games were Catalan, not Spanish.

In rather the same fashion as Nicola Sturgeon in Scotland, the likes of Carles Puigdemont want to make Catalonia independent without, it seems to me, clearly demonstrating that the new country can survive economically. I have yet to see a sensible account of the pros and cons for independence. For example: Catalonia claims to pay around €10 billion more in taxes than they see themselves receiving in public spending, but would that be saved in the event of independence? They would require border controls, customs, international relations, defence, a central bank and air traffic controls. Where is the assessment of all of that?

Then there is the question of Catalonia’s public debt about which Puigdemont is deafeningly silent. In 2012 the central government set up a fund to provide cash to the regions and Catalonia has taken €67 billion since the fund was started. They would lose access to that scheme, but of the amount taken how much would they repay?

Lastly, Mr Puigdemont and other Catalan diehards should note that over 3,000 businesses have already moved their registered offices out of the region, and of the 4,376,799 valid votes cast in the December 2017 elections, 1,109,732 (25.35 per cent) voted for the Citizens Party whose slogan is: “Catalonia is my homeland, Spain is my country and Europe is our future.” Fair enough?

Scrutinising the claims of economic growth