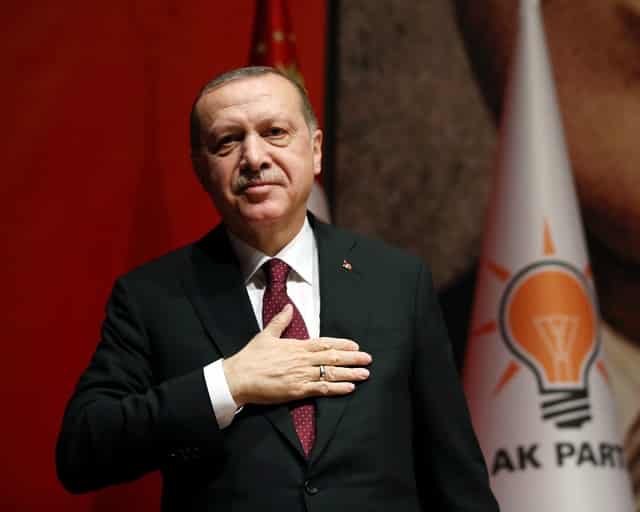 Ankara will strip the word “Turkish” from the name of its main medical association after the organisation publicly opposed the military campaign in Syria, President Tayyip Erdogan said on Thursday.

It is the latest in a growing feud between Erdogan and the 83,000-member Turkish Medical Association and emblematic of the president’s broader push against traditionally left-leaning professional groups.

Since the launch of the offensive in northwest Syria’s Afrin nearly three weeks ago, authorities have said they would prosecute those who criticise the incursion. The medical association denounced the operation, saying “No to war, peace immediately”.

Erdogan has accused the body of treason and prosecutors last month detained 11 of its senior members. They were later released on probation.

“This institution has nothing to do with Turkishness and nothing about them is worthy of the notion of Turkishness,” Erdogan said in a speech on Thursday.

A new law will ensure the group “will not be able to use the notion of Turkishness, nor the nameTurkey,” Erdogan said.

The Turkish Medical Association, known locally by its initials TTB, represents 80 per cent of the nation’s doctors. The group said the right to call itself “Turkish” was enshrined in the constitution and reflected its service to the public good.

“The comments made to discredit the TTB are met with sadness and amazement by conscientious, civilised people,” it said in a statement. “We maintain our stance of being in favour of life and peace today, as we did in the past.”

While the details of the new legislation have not been made public, the state-run Anadolu news agency said TTB membership would no longer be a requirement to practice medicine in a private practice. Likewise, bar membership will no longer be required to practice law, Anadolu said.

Such moves could potentially weaken two influential groups that have frequently opposed Erdogan.

The main opposition Republican People’s Party (CHP) said the moves were designed to further polarise the country and urged the government to drop its plans.

Erdogan launched a far-reaching crackdown following a failed coup attempt against him in 2016. So far, about 50,000 people have been detained and 150,000 suspended or sacked from their jobs.

Rights groups say Erdogan is using the coup as a pretext to crush his opponents. The government says its measures are necessary given the security threats it faces.