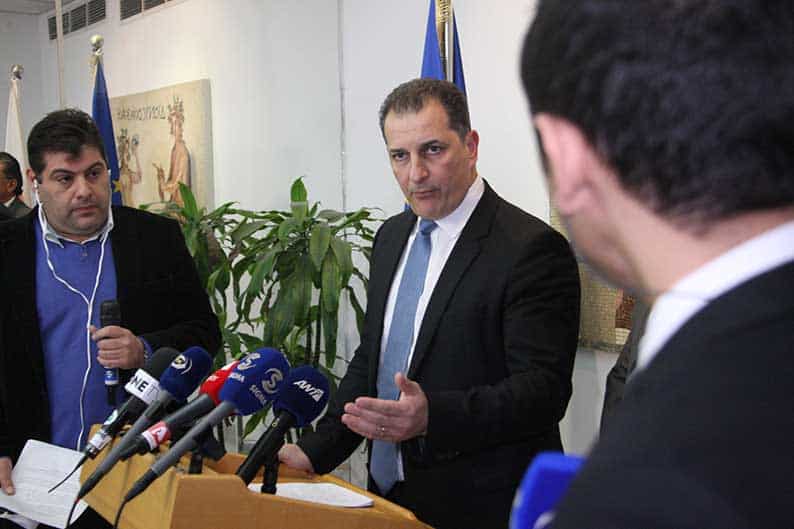 ITALIAN energy giant ENI said on Thursday that it made a discovery of lean gas off the coast of Cyprus after drilling an exploratory well at Calypso, the exploration target in offshore block 6 of the island’s exclusive economic zone (EEZ).

“The well, which was drilled in 2,074 meters of water depth reaching a final total depth of 3,827 meters, encountered an extended gas column in rocks of Miocene and Cretaceous age.

“The Cretaceous sequence has excellent reservoir characteristics. Detailed data collection has already been executed at the well and additional studies will be carried out to assess the range of gas volumes in place and define further exploration and appraisal operations.”

Lean gas, also known as dry gas, consists of more than 95 per cent methane and ethane as opposed to wet or rich gas, which contains more propane and butane.

“The news is positive,” Lakkotrypis said in a telephone interview with the Cyprus Business Mail. “ENI makes no public announcement if there is no discovery.”

He added that the purity of Calypso’s gas in methane and ethane exceeds 99 per cent.

The minister declined to comment on the size of the find, which according to a previous Cyprus Mail report is estimated between 170 to 230 billion cubic meters (BCM) of natural gas, or 6 to 8.1 tcf. By comparison, Aphrodite, discovered in 2011 and to date Cyprus’s only confirmed gas finding, contains 4.5 tcf.

“Due to the peculiarity of the field, it was not possible to have a full estimate of the volumes or the range of the quantities of natural gas and so ENI / Total consortium will need to do more studies in the next few weeks, to show more clearly the gas volumes, ” he said.
Still, “the discovery means two things,” Lakkotrypis went on.

“Quantities are added to our reserves (and) it is huge deposit news for those who will drill in the future. Moreover, this discovery confirms the presence of a petroleum system and of a carbonate reservoir, as we expected, and of course a linkage with Zohr, that is, they share the same geological and geophysical features.”

ENI is also part of a consortium with Total in block 11 and with South Korea’s KoGas in blocks 2, 3 and 9.

As part of its contractual obligations, ENI is to carry out at least one more exploratory drill after Calypso.

The Saipem 12000 drillship, having completed its operations in block 6, was due to plot a course for block 3, at the site dubbed ‘Soupia’ (Cuttlefish).

Asked whether ExxonMobil has requested geological data on block 6 from ENI, Lakkotrypis said only that data-sharing was a matter concerning the companies.

ExxonMobil itself plans to carry out two exploratory drills in its own concession, block 10, later this year.

According to the minister, the American oil and gas multinational has already identified the site of the first target in block 10, which it has called ‘Delfinos’.

Lakkotrypis was also asked to comment on the latest Navtex, or navigational warning, issued by Turkey in the eastern Mediterranean.

Turkish activities in the area would not impact Cyprus’ energy plans, he reiterated.

“The best response is in our actions,” he noted, alluding to the companies’ ongoing exploration projects in the Cypriot EEZ.

On February 6 Turkish authorities issued a notice to mariners (FA78-0198), reserving for ‘military training’ a vast area encompassing virtually the whole of the island’s southern waters.

The reserved area covers Cyprus’ block 3, including ENI’s upcoming Cuttlefish exploration target. The Turkish Navtex will be in force on February 18 – at the same time that the drillship leased by ENI will be operating in the area.

In response, Cyprus issued its own Navtex (NR 074/18) advising seafarers that the Turkish notice constitutes “unauthorised and illegal activity in the exclusive economic zone, the continental shelf and the search and rescue region of the Republic of Cyprus.

“This action is illegal, constitutes a violation of international law, affects maritime safety procedures and is also a criminal offence under the laws of the Republic of Cyprus.”

It read: “The ‘Cyprus’ mentioned in Larnaca Navwarn NR 074/18 is not the original partnership state established in 1960.

“Therefore, Turkey declares that the term ‘Cyprus’ neither amounts to any form of recognition of the Greek Cypriot administration nor prejudices Turkey’s rights and obligations emanating from the Treaty of Guarantee and the Treaty of Establishment of 1960.”

Earlier in the week, while on a state visit to Rome, Turkish president Recep Tayyip Erdogan indicated to his Italian hosts Ankara’s displeasure at ENI’s involvement in Cypriot gas projects.

“We expressed our sensitivities over ENI,” Erdogan was quoted as saying.

“We drew their attention to ENI’s initiatives in the eastern Mediterranean, as natural gas [drilling] works in that region pose a threat to Northern Cyprus and to us.”

On Wednesday Egypt warned Turkey against any infringement of its economic rights in the eastern Mediterranean under a maritime border demarcation agreement signed in 2013 with Cyprus that allows exploration for gas in the area.