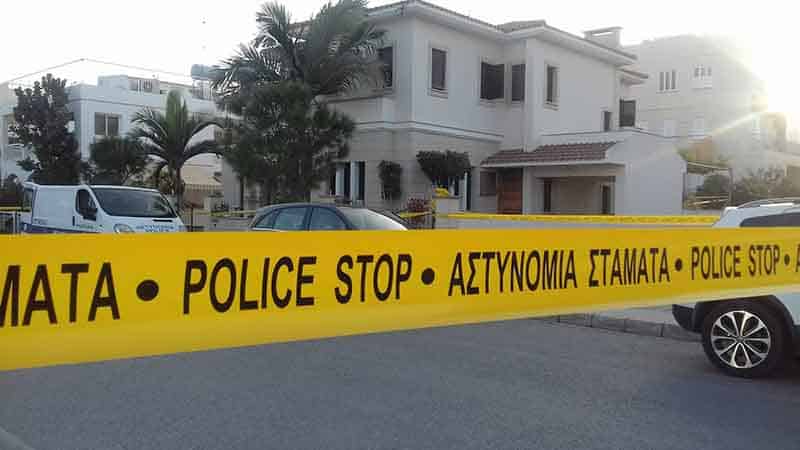 Two suspects denied any involvement on Saturday in the brutal double murder of a teacher and his wife that took place in Nicosia last week.

The pair, a man, 23, and a 22-year-old woman, were remanded in custody for eight days in connection with the murder of Giorgos Hadjigeorgiou, 60, and his wife, Dina Sergiou, 59.

The two, arrested on Friday evening, had been named by a 33-year-old suspect whom police detained earlier this week.

The man is his half-brother while the woman is his partner. Only the 22-year-old appeared with a lawyer.

They both denied any involvement in the crime but raised no objection to the remand request.

Nicosia CID chief Koumettos Koumettou told the court that the 23-year-old had been named as the person who stabbed the couple to death on the night of April 19-20 in their home on Zalongos Street.

The investigator said the woman’s genetic material had been found on a sword, a club, and a pair of shoes found at the scene.

The 33-year-old has said that the shoes belonged to him. He was also spotted on that night moving in the area suspiciously wielding the sword and the club.

Police said both suspects denied involvement in the case. The 23-year-old claimed his brother was the killer.

“My brother lied,” he told the court.

The court heard that a forensic examination of the suspects found scratches on the man, believed to have been caused eight to 10 days ago.

The woman had contusions on her shoulder blade, thought to have been caused three to four days ago, police said.

Koumettou said they were still looking for Hadjigeorgiou’s wallet, which contained credit cards and his id.

They were also seeking a “Bob Marley hood” that one of the perpetrators was wearing on the night of the murder.

On Friday, the 33-year-old suspect told police where to find the knife used in the murder as well as the clothes he had been wearing that night. They were found at his father’s home.

The couple had been stabbed multiple times in their bedroom.

Their teenage son, who was in the house the night his parents were killed, told police he saw two men.

One, who had his face uncovered entered his room and allegedly told him he had killed his parents, asking the boy where the money was.

The suspect asked the boy to open the kitchen door, which he did, and a second, hooded individual, came in. Police said they had found a sliding window open.

Police spokesman Andreas Angelides said the case was on the way to be fully resolved but it was not over yet.

“The case is not over and we are pushing ahead to investigate everything that came up,” Angelides said later on Saturday.

He defended the force’s actions after criticism that the investigation had gone in one direction initially, with suspicion falling on the couple’s 15-year-old son.

He said from the onset the police had been saying all possibilities were being considered.

“The police cannot be responsible or liable as regards people who posted (on the internet), and I mean the mass media, and I mean some people, with their own sources, whichever these sources were,” Angelides said.

Clinging to hope as time runs out for finding Cyprus’ missing