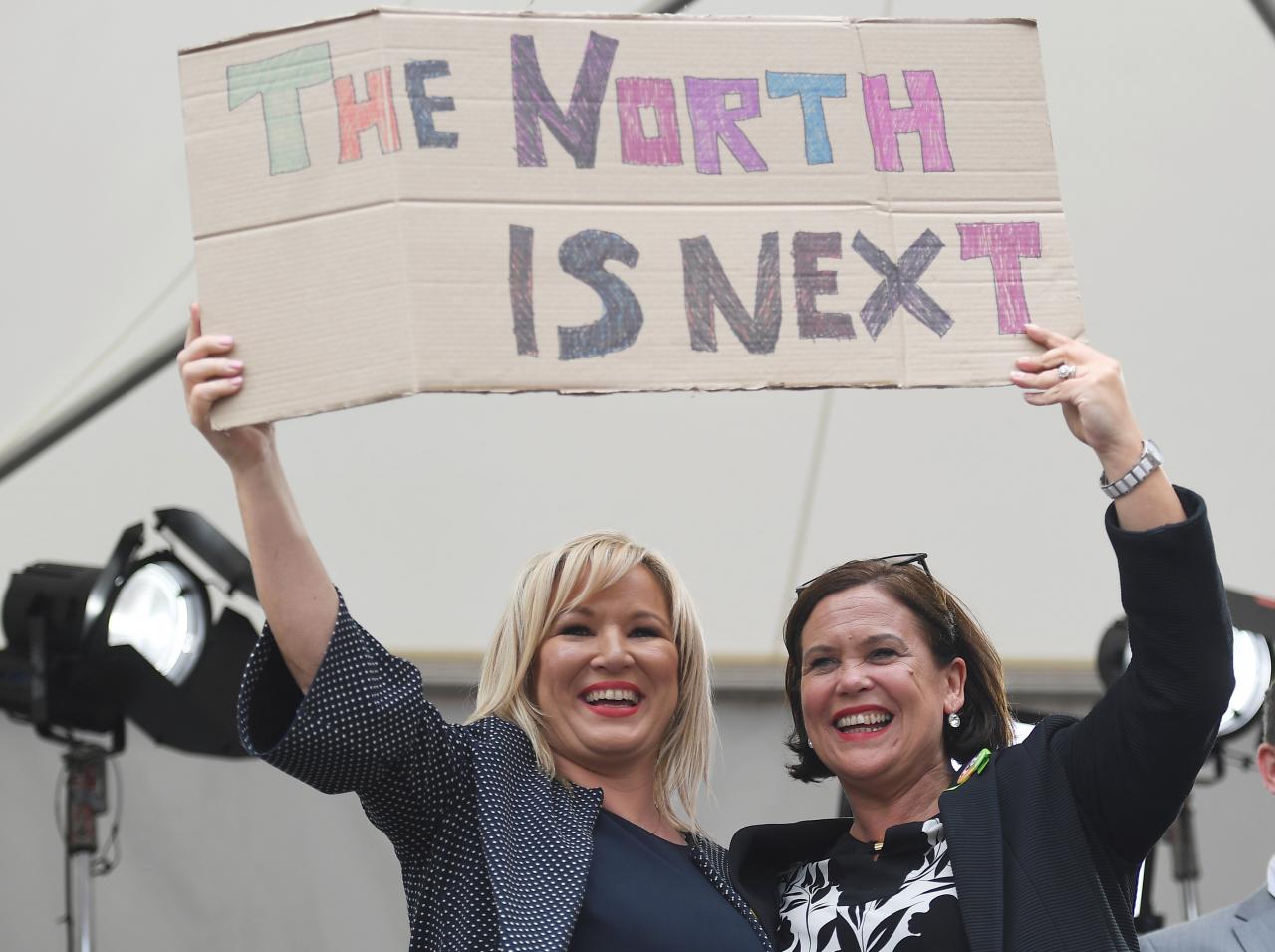 Sinn Fein leader Mary Lou McDonald and Michelle O'Neill leader of Sinn Fein in Northern Ireland hold up a placard as they celebrate the result of yesterday's referendum on liberalising abortion law, in Dublin

Britain‘s Supreme Court said on Thursday that Northern Ireland’s strict abortion law was incompatible with human rights, but also said it did not have the powers to make a formal ruling that the law should be changed.

Four out of seven Supreme Court justices who considered the issue found that the socially conservative British province’s current law, which bans abortion except when a mother’s life is at risk, was incompatible with the European Convention on Human Rights.

However, a different group of four justices ruled that the Northern Ireland Human Rights Commission, which had initiated legal proceedings to try and liberalise the law, did not have the right to bring the case.

“As such, the court does not have jurisdiction to make a declaration of incompatibility (with human rights law) in this case,” the court said in a summary of the decision.

The Northern Ireland Human Rights Commission had argued that the law should be changed to allow abortions in cases where pregnancies were as a result of rape or incest, or in cases where the fetus had a fatal abnormality.

Northern Ireland’s elected assembly, which has powers to legislate on the issue, voted against liberalising the law in Feb 2016.

Britain‘s Northern Ireland minister has said she would like the law to be changed, but it was up to the people of Northern Ireland. The province has been without an executive after the Irish nationalist party Sinn Fein withdrew from a power-sharing government with its rival, the Democratic Unionist Party.