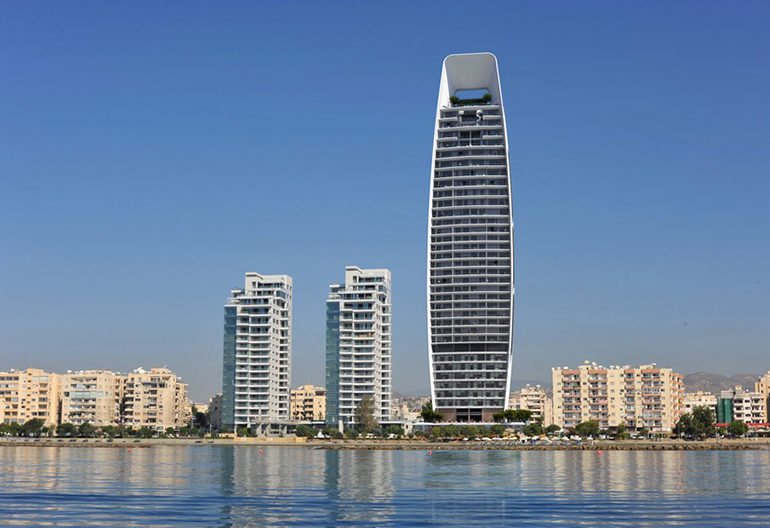 File photo One of several high-rise projects underway in Limassol

We are a group of concerned residents of Ipatias Street near the Limassol Municipal Garden.

Back in February, we read reports in the media of a proposed project to be constructed next to the Municipal Garden. The project will consist of four towers of up to 43 floors and work will commence in 2019 and end in 2024. We own property near the plot in question.  As you can understand, we were and are very concerned about various issues.

Although we appreciate the fact that the land in question is private property and the owner may develop this land for his own gain, this can surely not take place at the expense of our health or safety. We therefore arranged a meeting with the mayor which took place on May 3, 2018. During the meeting we voiced the following concerns:

The construction of four towers will block out the sun. Our buildings will most probably be in shade for most of the day. This of course, means increased electricity costs for all of us, both for heating purposes and for heating water.

Has the possibility of damage to the neighbouring buildings been considered? Construction work on the towers will surely cause constant tremors and vibrations to the existing apartment blocks and houses which are now over 30 years old. Who will pay for insurance of our properties? Will there be any company willing to insure us? If there is, it will be very costly. Who will cover these costs? Who will cover the cost of repairs due to damage created by the construction of the towers?

The health risks for all of us here could be considerable. Many of us suffer from asthma as well as from other conditions which could be aggravated by compromised air quality. Construction works will cause extensive dust pollution. What measures will be taken to safeguard the health of residents here?

Noise pollution is also a health risk to be considered. Once again, construction that will last five years on a daily basis will bring many risks with it.

Traffic & Congestion. The seafront road is already a very busy one, as is this particular area. Have the consequences of the proposed construction of over 300 new units been considered? The congestion in the area will most certainly increase. What measures are being considered to alleviate traffic congestion?

Heavy duty vehicles. Such a grand project surely involves a lot of heavy duty machinery and vehicles accessing the site on a daily basis. What measures will be taken to ensure the safety of residents of neighbouring buildings?

Fire Safety. Should these towers be completed and should there be a fire, does the Fire Brigade have the resources to put out fires in such high-rises?

Has an extensive environmental study of the impact of this project taken place? If so, where can we access the findings?

Given the multitude of applications for building permits for skyscrapers, there are further matters that require careful consideration. Should the developer run out of funds, who has the legal responsibility to complete the project and how? Living in the shadow of such a high rise is bad enough, but living next to incomplete buildings would be dangerous. Further to this, what happens with the maintenance of such buildings? As we have seen in many cases where units are sold for investment purposes, and not just in Cyprus, many units remain empty – ghost towers. But even ghost towers need maintenance. Who will pay for the common expenses and how can this money be guaranteed?

A last point to be made is that given the importance of a passport and its value as a commodity, surely some incentive scheme could have been devised which would allow for a percentage of the money invested to be channeled into projects to benefit the general public – museums, galleries and theatres, activity centres, youth centres, parks, leisure parks, a homeless shelter as well as improving the infrastructure . Perhaps investors should be aware that the prices charged per unit on these skyscrapers are surely not in proportion to the surrounding infrastructure.

Since the meeting with the mayor, we have joined forces with other groups and are currently awaiting the mayor’s reply.

An eye-opening morning at the tax office

Iran may fast be running out of options

Was there ever a Plan B?

My home is wherever I lay my hat

The Cyprob can only be solved through dialogue

The UK government is in effect trapping its own people

If they don’t want to be recorded, then teaching isn’t the right job for them