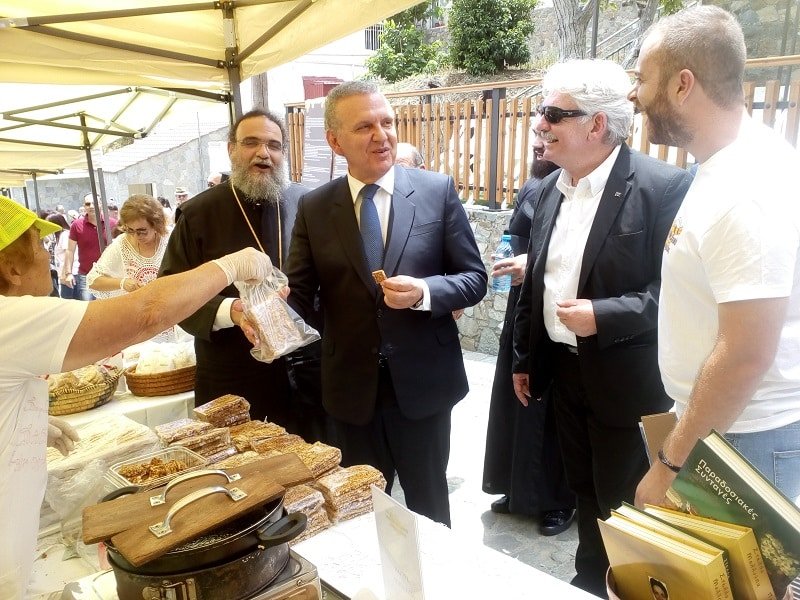 The government will continue to support beekeepers as it is determined to keep the Cyprus countryside alive, presidential commissioner Photis Photiou said on Sunday.

He said there is a national bee industry programme that aims to implement a variety of measures to improve the circumstances under which honey is made and so far the government has invested more than €2 million in beekeepers.

Speaking at the second Bee festival in Odou, Larnaca, Photiou said those involved all knew the contribution they were making to people’s health. The festival was organised in co-operation with Kato Lefkara, Kato Dhrys, Vavla, Layia, Ora, Ayios Vavatsinias and the municipalities of Lefkara and Larnaca.

“As a traditional product, honey with its antioxidant properties, gives an economic value to beekeepers in addition to other hive products including pollen, propolis, royal jelly, and even bee venom, as the current trend in nutrition and health is focused on finding alternatives through the use of natural products,” he said.

The ministry of agriculture, he added, has put beekeeping among its priorities in the development of the countryside and takes part in all European and national programmes.

An environmental measure to make sure beekeepers and insectivorous bird has been included as part of the EU’s Common Agricultural Policy for the period 2014-2020, Photiou said. The value of this for the island’s beekeepers is €2 million he said.

“Our aim is to boost this traditional activity and to improve the income of the Cyprus beekeeper, by promoting Cyprus honey and other bee products. It is important we all work together – state, producers, beekeepers to make the sector stronger and more competitive,” he said.

Pay us our wages or we go on strike, staff tell J&P