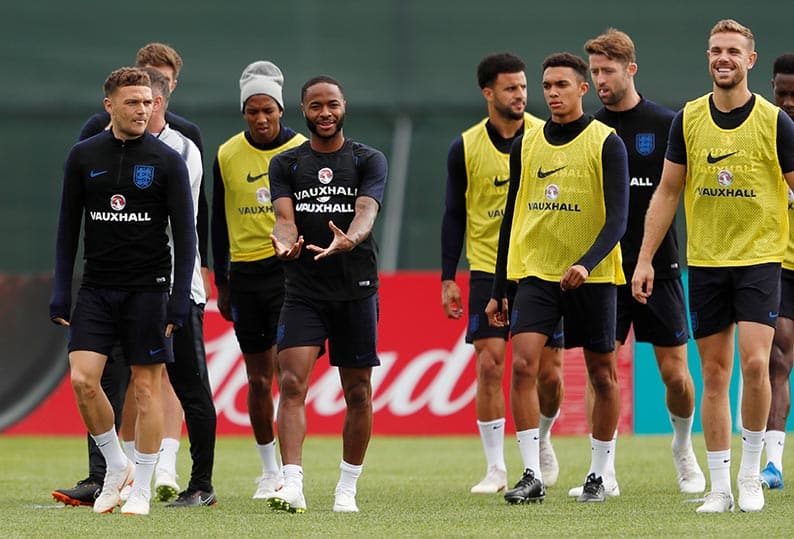 When English players first imagined playing a World Cup in Russia, they would not have envisaged searing sunshine and temperatures of 30 degrees Celsius.

Yet unless forecasters are wrong, that is exactly what awaits them against Panama on Sunday in the baking Nizhny Novgorod Stadium where there has been barely a cloud for days.

So are England worried, especially given the advantage this could give the Central Americans?

“We just have to adapt to that,” manager Gareth Southgate told a news conference in the stadium on Saturday.

“It’s important to keep possession of the ball. There will be moments where we attack with the ball, and others where we rest with possession,” he added, saying there would been no “physiological benefit” to weeks of advance training in heat.

There was a similar temperature during the day at Volgograd, where England won their opening game against Tunisia 2-1, but that was a 9 p.m. kickoff whereas Sunday’s match starts at 3 p.m.

Midfielder Jordan Henderson said the players knew what to do: “It’s basic training. Making sure of hydration is the most important thing. Plenty of fluids before and during the match.”

England fans have been loving it. About 2,300 were descending on Nizhny Novgorod, drinking beer in sun-kissed cafes and lolling on grassy banks next to the Volga river.

Unlike Panama, England chose not to train at the stadium on Saturday, preferring to have a session at their own camp earlier in the day before flying to the match venue.

England know a win on Sunday would put them into the second round and help bury some of the agony of past tournaments.

“History is not the important thing for this team. They have the opportunity to create their own history,” Southgate said. “They are a young team … I am intrigued to see how far they can go and how well they can play.”

Repeatedly asked about the new Video Assistant Referee system, given perceived unpunished manhandling of striker Harry Kane against Tunisia, England‘s coach said emails had been exchanged with the head of referees.

“We’re very comfortable with the responses we had. It really isn’t something we can control, we just have to accept the decisions on the field,” he said.

England have studied Panama extensively, including their run to the finals.

“We don’t expect too many surprises of how they play. They are an incredibly proud country. Their route to qualification was incredible, to knock out the United States,” Southgate said.

Southgate gave a shout out to English fans, who have travelled in smaller numbers than past tournaments due to the expense of travelling to Russia and fears of trouble on the streets.

“We are desperate to repay them with a performance like the one we gave the other night,” he said.

“We want to show that an England team can play in a different way. We have players who are technically good, we want them to express themselves.”