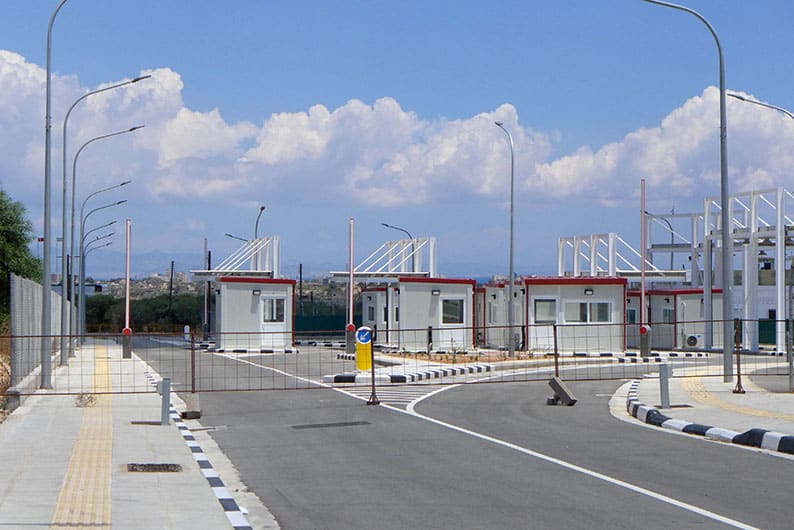 “The decision for the opening of the crossing has been taken, it has not changed,” Christodoulides told state broadcaster CyBC radio.

He said that everything that needed to be done as regards the opening of the crossing by the Greek Cypriot side, has been made and that it is ready to open.

President Nicos Anastasiades had said last April following his meeting with Turkish Cypriot leader Mustafa Akinci that the crossing would open by July 1.

“Unfortunately, it has not been done (opened) due to positions of the Turkish side,” Christodoulides said. He added that one issue was the need to move a Turkish military outpost but there is also “an issue that is being put forward as regards some procedures, which has not been completed.”

Socialist party Edek is organising a protest on Thursday in Dherynia against the opening of the crossing, which, it said, will have serious economic and political repercussions both for the Republic of Cyprus and for the residents.

The recent debates and reactions by organised groups and officials in the Famagusta district against the opening of the Dherynia crossing, citing financial losses to businesses in the government-controlled areas, urged the Bicommunal Famagusta Initiative to take a stand on the matter on Wednesday.

The decision to open the two checkpoints at Dherynia and Lefka was taken by the two leaders in 2015 as a confidence-building measure and as a means to facilitate the rapprochement between the two communities, the group said in a written statement.

“Until recently, all the communiqués issued on this matter were dealing with the fact that the projects were behind schedule and were asking for their opening as soon as possible.”

It added that reservations, however, expressed by certain entities from the area of Ayia Napa / Protaras that tourists and Greek Cypriots will heed the opportunity to visit the north which will result in loss of income for the area “looks somewhat farfetched.”

Statistical data, it said, show that Turkish Cypriots visit and spend in the south about double the amount of what Greek Cypriots who visit the north, spend.

“Furthermore, the same way that tourists from the area of Ayia Napa / Protaras will have the curiosity and incentive to visit Famagusta, having heard of the abandoned ghost city, the medieval fortified city and Salamis, the same interest will be shown by tourists and T/C in the North to visit the well-known resorts of Ayia Napa / Protaras famed over the world for their excellent beaches and the variety of entertainment they provide,” it said.

The group also said that there is another aspect on this matter.

“From our experience the shock that any person has, when they see the enclosed, abandoned city, cannot be compared with any verbal description.

The opportunity therefore that will be given to the tourists and Cypriots to travel, even for a short time, to stand before the wired fence and personally experience the enclosed ghost town will increase the pressure on public opinion and on Turkey to implement the United Nations resolutions for the return of Famagustians to their city.”

There have been numerous calls by organised groups from both sides on the divide for the opening of the Dherynia and Apliki crossings, but also calls by some groups against.

The mayors of Ayia Napa and Famagusta have also expressed their reservations as well as business groups of the area and refugees from Famagusta.

Katy Perry says her relationship is only one part of her