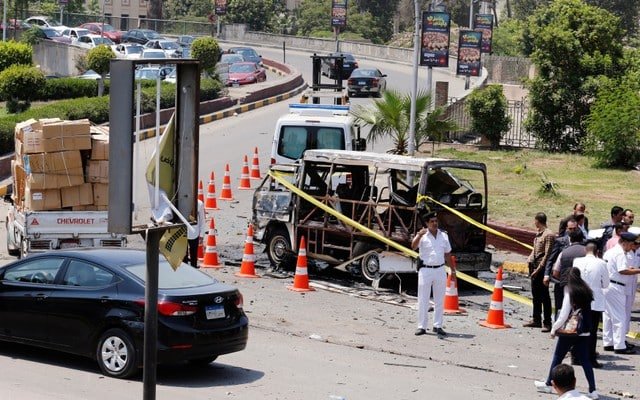 A car exploded in central Cairo on Monday after colliding with a microbus, injuring 13 people, the Egyptian health ministry said.

Reuters reporters heard a loud blast in the area and saw a car on the side of the road completely destroyed, with bits of twisted and punctured metal scattered nearby. There appeared to be damage to a nearby building including smashed windows.

Smoke from the blast could be seen rising from the other side of the Nile river.

The ministry said in a statement that the injured were taken from the scene near a bridge in the Dokki district to three different hospitals, where they were being treated for wounds and burns.

State-run media reported that explosives experts had concluded that the blast was caused by an electrical fault which spread a fire to the car’s fuel tank.

A security source gave a similar account in a statement to journalists, saying the car’s electrics short-circuited, causing a fire, then an explosion. However, the source said the traffic accident had occurred after the blast.

A health ministry official told a local radio station that several other people were treated at the scene for minor injuries.