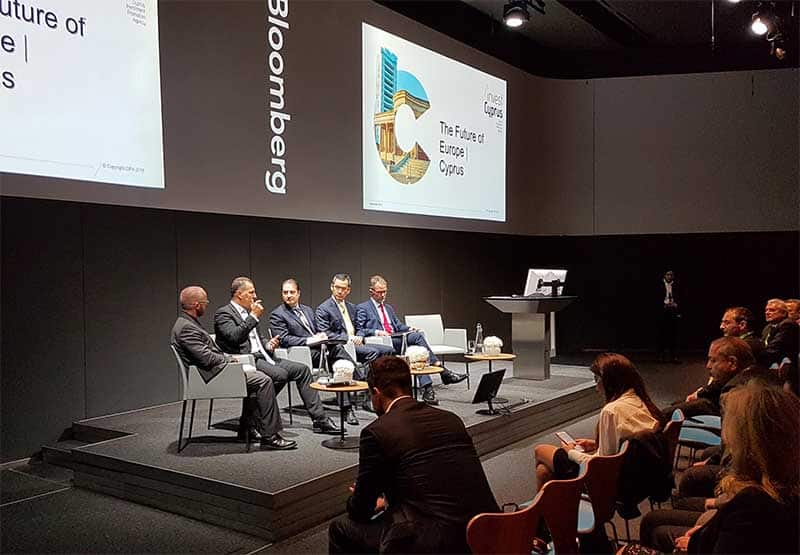 Cyprus’ economy has come out of the 2013 “cardiac arrest” and posted four years of growth, Bank of Cyprus CEO John Patrick Hourican said in an interview with Bloomberg television on Friday night, a statement echoed both by the Hellenic Bank CEO Ioannis Matsis and Finance Minister Harris Georgiades in similar interviews.

Asked why now is the right time to invest in Cyprus, Hourican said: “We moved from a junk status backed to investment grade.”

He added that the island’s economy is growing well, unemployment has fallen, and that house prices were stabilising and rising.

“There are a lot of indicators, which suggest that this is a good time to be invested in Cyprus. It does feel like the momentum is with the country.”

Regarding what the recent economic upgrade means for his bank, Hourican said the best way to recover is through levered investment and that the best place to conduct such investment is through the banking system.

He added that the banking system has shrunk from more than eight times that of GDP, which it had previously been in 2013, to “more like four times of GDP now”. There has also been an increase in foreign direct investment over the past three years, and the economy is not reliant on foreign deposits anymore, Hourican said.

“There are a lot of reasons why Cyprus is actually now poised to grow across a range of economies, not just tourism.”

During another interview, Hellenic Bank CEO Ioannis Matsis was asked about the recent acquisition of the Cooperative Bank.

Matsis said that “big is beautiful nowadays.” He said that due to the acquisition of the good part of the Cooperative Bank, Hellenic has grown, making it better able to support its customer base.

“It is a viable institution now.”

Asked whether the bank had any more merger and acquisition opportunities, Matsis that there will be more as Cyprus is a very over-banked and over-insured market.

Regarding the upgrade of the Cypriot economy, Matsis said it has created a lot of “tailwinds” with regards to investors coming to the island.

“Also investors are looking to acquire non-performing loans, which will help deleverage the sector.

Investors are also looking at sectors like health, education, tourism, and shipping.”

In his interview with Bloomberg, the finance minister said that the upgrade was a signal to investors to become more involved with the Cypriot economy.

“The last few years have been good years for the economy. We are growing with rate exceeding four per cent of the GDP.”

He added that unemployment on the island was dropping faster than that of other countries in the Eurozone, and that Cyprus had the largest fiscal surplus.
Georgiades said: “The upgrade signals a new chapter and we hope to make good progress in implementing our reform agenda.”

He added that during the summer half of the NPLs were cut out of the banking sector and that banks were able to start offering new credit. 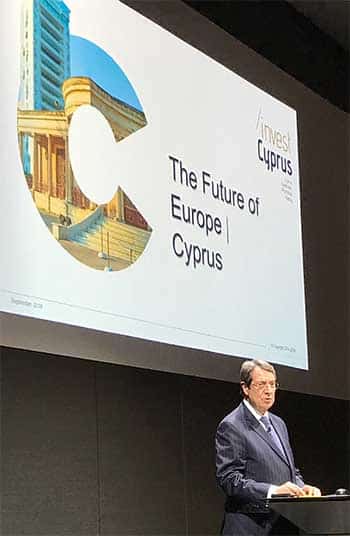 At a dinner host by the Cyprus Chamber of Commerce on Friday night, President Nicos Anastasiades said that the recovery of the Cypriot economy was “remarkable, confirming the resilience and strong foundations of Cyprus’ economy and the excellent prospects of its key productive sectors.”

The president made note of the high growth rate, the consecutive balanced budgets, the fall in unemployment, the stronger base for the banking system, and the reforms in the public administration, welfare, healthcare, and tax administration.

He added that all those improvements contributed to consecutive category upgrades by international ratings agencies.

“This affirms the promising economic outlook of our country, indicates the efforts of our compatriots and of the productive forces of the country and at the same time sends a strong message to new investors.”

The president said that investments were being made now in a variety of sectors, including banking, sea-ports, marinas, and the largest integrated casino resort in Europe, as well as energy.

The government’s plan, he said “is to remain focused on maintaining and broadening the conditions under which surpluses and high growth rates can be generated, to continue promoting structural reforms and improving the country’s business environment.”

For this to be achieved, he added, strategies for the transformation of the public service and its transition to the digital era are intended to be implemented, such as the full digitalisation and implementation of e-government in all state actions.

President Anastasiades also said that the discovery of natural gas reserves within Cyprus’ Exclusive Economic Zone creates exciting investment prospects, including for auxiliary service providers, many of which have already established subsidiary companies in Cyprus.

Insecure EEZ a ‘danger to the people’ (updated)