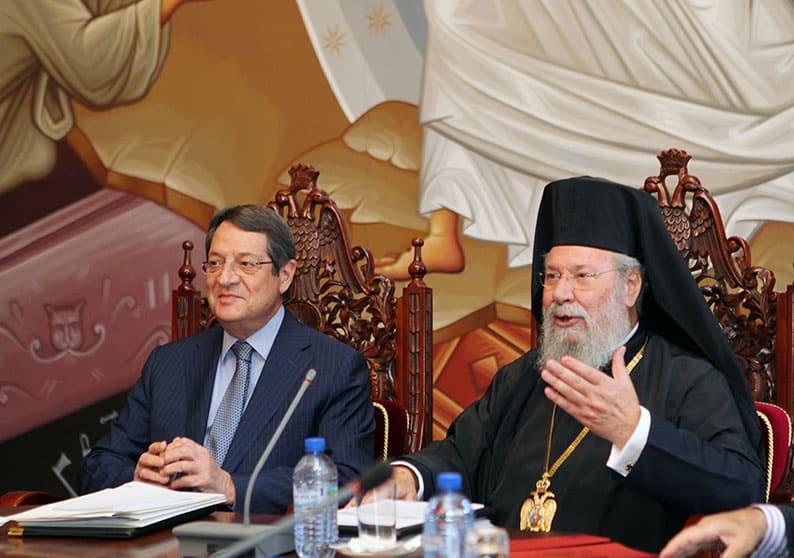 IF THERE were a democracy index, as there is a share price index in stock exchanges, Cyprus’ would now probably be at its highest level. Saying this, however, does not mean that we should boast about our democracy. On the contrary, it is possible that compared with previous times, we have made progress but a comparison with mature democracies is anything but flattering.

The first stain is the way the parties operate in Cyprus. Often we are told that the political parties constitute the cells of democracy. Correct! This, however, is based on the assumption that parties care about the national interest and not their supporters-customers. The emergence of bourgeois parties after the death of Makarios was not accompanied by their democratisation, as they still maintain their customer-serving characteristics and populist orientations.

Populism and the notorious client relations, instead of being marginalised, warp the democratic procedures in an emphatic way. The results of this mentality are nepotism, corruption and illegal networks of citizens, politicians, big law offices and public employees. The client relations of the parties have led to the over-staffing of the public service and semi-governmental organisations, which in the final analysis has dealt a big blow to our standard of living.

The Troika was astonished to find that the broader public sector employed 72,000 people while their work could have been done by 48,000, that is 24,000 or one third of the total were hidden unemployed as their contribution to GDP was zero. Can you imagine if these 24,000 employees worked somewhere else and their productivity was positive instead of zero? What a difference it would make to the GDP of Cyprus. How many hospitals, schools, how many improvements to the road network we would have if we did not squander so many billions for the sake of party nepotism?

The depressing thing is that the party-control logic has permeated almost all institutional sectors of Cypriot society. Party rule is everywhere: football, schools, boards of public good organisations. Consequently, in Cyprus we do not have party democracy but party-controlled democracy, a system by which the party-controlled domain crushes the domain of society. The best people of society are kept down at the expense of the best of the parties, an anomaly that also undermines equality, a cornerstone of democracy.

The second stain is role of the TV stations or the so-called TV bosses. Everyone recognises the significant role that can be played by the TV bosses. Television without a doubt influences to a very large degree the political development of a country. In Cyprus, TV and the news media are today controlled by an economic oligarchy that no politician dares touch. It would be political suicide for a politician to dare enter a confrontation with the TV bosses and accuse them of attempts to manipulate public opinion. The inability to tackle the problem of vested interest leads to the downgrading of the legislature and this downgrading hurts democracy.

The third and final stain I would like to raise is the role of church, which is arguably the most serious. If we adhered faithfully to the constitution of 1960, which safeguarded religious tolerance, we probably would not have this mark on our economy today. In 1996 a new constitutional provision was introduced (on the protocol of the Cyprus Republic) based on which the archbishop is designated as the second in line in the hierarchy of the Cyprus Republic. This is why the important visitors to the Republic after meeting with the president pay a courtesy call on the archbishop.

The blow to democracy is that the archbishop, encouraged by the state, engages in supra-governmental politics. A practical and worthwhile example was the archbishop’s Easter message this year which was in its entirety devoted to the Cyprus problem and the course that our political leadership should have followed. In other words, the church supplants the democratically elected government. It poses as a super-government, and by sidelining the democratically elected government demands to carve national policy. This is major blow against democracy. It constitutes total disregard for the legislature, the executive and the president of the Republic.

The area in which the church’s omnipotence is indisputable is at the ministry of education, which is why many describe the church as “a state within a state”. Everyone knows that the archbishop manages to subjugate the ministers and mandarins of this vital ministry and turn them into loyal foremen to impose his policies. In other words, at least part of education policy is forged by a non-elected organisation. This organisation decides how religion will be taught, ruling out the introduction of the lesson of Religious Studies, and also decides the content of history lessons, grossly distorting it in the process.

Students will never be taught that the Church of Cyprus benefited greatly from Turkish rule while the Cypriot people suffered economically. Nor will they be taught that Patriarch Gregorios V condemned the Greek revolution against Ottoman rule in 1821 and that none of the emperors of Byzantium were Greek. And they will not be taught that four centuries ago, Maronites made up 30 per cent of the population and that the Greek Orthodox Church was partly responsible for the drastic reduction in their numbers.

The freakish conclusion for democracy is that one of the most important ministries – education – is at the mercy of an unelected super-minister that is accountable to nobody.

Cyprus needs the EU’s genius for compromise and fudge