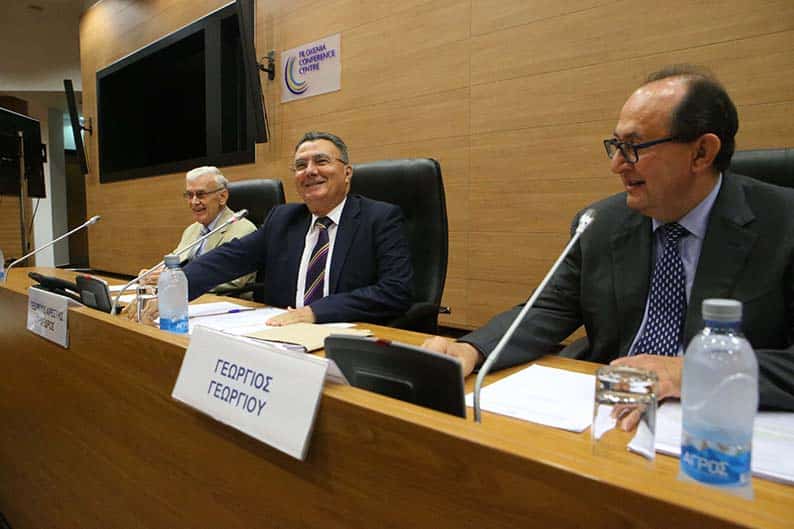 THREE former senior officials with the Cyprus Cooperative Bank (CCB) are taking legal action seeking to have the entire investigation into the bank’s demise declared invalid.

Former CCB board chairman George Hadjinicola, former board member Giorgos Kittos, and former CEO Nicholas Hadjiyiannis, have jointly filed a lawsuit against the state, where they allege that one of the members of the investigative panel had a conflict of interest when he was appointed to the position.

They claim that Giorgos Georgiou, one of the three committee members, should have been disqualified because twice, in 2013 and then in 2015, he had applied for the job of general manager at the CCB.

The fact Georgiou was a candidate for a job at the CCB, they allege, establishes a personal connection between himself and the organisation, rendering him unsuitable to have an objective opinion about the case.

The complaint, filed on October 22, is directed at the Republic and attorney-general Costas Clerides who appointed the three-man panel in June of this year.

Among others, it claims that Georgiou’s appointment “contravenes the principles of natural justice.”

The plaintiffs argue that Georgiou had an obligation to publicly disclose that he had applied for a job at the CCB, but failed to do so.

With the lawsuit, they are seeking a court decision that any findings, or even the final report, by the committee shall be illegal and invalid.

Moreover, given that the procedure is unlawful and thus causes damage to the plaintiffs, they are seeking damages ranging from €100,000 to €500,000.

Hadjinicola, Kittos and Hadjiyiannis have all testified before the committee.

The investigative panel is tasked with looking into how the CCB’s non-performing loans came to swell to around €7.5bn, as well as why it required €1.5bn in recapitalisation from the state in 2014.

The probe also aims to provide insights into the way the lender was managed, as well as the decisions that led to its eventual sale to Hellenic Bank.

Georgiou was a former executive at Alpha Bank and former chairman of the bank association. The panel’s two other members are former Supreme Court judge Giorgos Arestis, and economist Giorgos Charalambous, a former Bank of Cyprus executive.

Legal sources familiar with the matter told the Cyprus Mail that the basis of the complaint has no foundation in law or in case law as it stands.

Anastasiades to address public on ‘decentralised federation’, no mobiles yet (Update 2)

Police crack down on child pornography