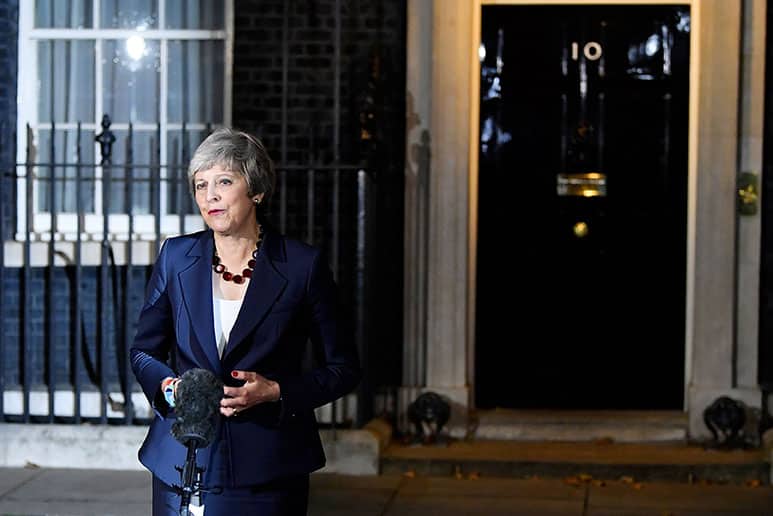 I am sure that many of you have been closely following the political events taking place in the UK this week following the publication of the joint UK-EU draft withdrawal agreement and political declaration. Both documents have been published online at: https://bit.ly/2Fm6nLT. So to start this week’s column we think it will be helpful to provide a short recap and explanation of this week’s events and to help explain what it means for UK residents in Cyprus.

Progress on the UK’s exit

On November 14, after extended discussions, UK and EU officials agreed the text of a draft withdrawal agreement. The same afternoon the prime minister and the Cabinet met to discuss the agreement and later that evening the prime minister, on the steps of 10 Downing Street, announced that the Cabinet had collectively agreed to the draft withdrawal agreement and the broad terms of our future relationship in an outline political declaration. The prime minister subsequently delivered a statement in the House of Commons.

The government is clear, that the draft withdrawal agreement and outline political declaration marks a decisive step forward. This puts us close to a Brexit deal. President Jean-Claude Junker, the president of the European Commission, has now written to the president of the European Council, Donald Tusk, to recommend that decisive progress has now been made in the negotiations and a special European Council will now be called on Sunday, November 25.

President Anastasiades, was one, if not the first EU leader, to come out publically in support of the withdrawal agreement including the protocol on the Sovereign Base Areas. In his statement of November 15, the president underlined the importance of the draft withdrawal agreement in paving the way for determining the future partnership between the UK and EU. As he says, this is very important for the UK-Cyprus bilateral relationship given our close, historic, economic and social ties, which we want to strengthen post-Brexit. We warmly welcomed the speed and positive messaging of the president’s statement.

The full legal text of the withdrawal agreement has been agreed in principle. It covers citizens’ rights, protecting the life choices of over one million UK nationals in EU countries, and three million EU citizens in the UK, safeguarding their right to stay and ensuring that they can continue to contribute to their communities. It allows for a transition period (between March 30, 2019 until December 31, 2020), during which the EU will treat the UK as if it were a member state. The transition period will help in particular administrations, businesses and citizens to adapt to the withdrawal of the United Kingdom. And, the withdrawal agreement maintains the UK’s international commitments in respect of the Sovereign Base Areas (SBAs), protecting the interests of Cypriots living and working in the SBAs and ensuring the continued effective operation of the SBAs for military purposes. There are of course other elements of the withdrawal agreement, including for example on Northern Ireland. If you want to want to better understand some of the technical detail in the agreement, the government has published a helpful explainer at: https://bit.ly/2OK1dJi

For Britons in Cyprus, the draft withdrawal agreement means the advice we have shared with you on citizens’ rights for the past few weeks remains true. As long as you have regularised your status in Cyprus by applying for residency, either an MEU1 or, if you are eligible, an MEU3, you will be able to enjoy the rights and privileges that you currently enjoy living in Cyprus. In other words, you will be able to continue to reside, work, own property and access the healthcare system in Cyprus on the same basis as other EU citizens. If you live in Cyprus and have not yet applied for residency then you can find the Cypriot residency policy advice and application form on our Living in Cyprus guide.

Earlier in the week, around 150 British residents attended outreach events we organised in Paralimni and Limassol. Thank you again to the interior ministry for their participation and to Kama Lifestyle in Paralimni and to the Chamber of Commerce in Limassol for providing us with venues.

In both Paralimni and Limassol, we met some of you who described yourselves as “swallows” whereby you are not officially resident in Cyprus but you spend a significant amount of time holidaying in Cyprus. As a “swallow” or temporary visitor, you can only remain in Cyprus for a maximum of 90 consecutive days in one visit. The clear advice we received from the interior ministry is that if you intend to make Cyprus your home and are spending more than 90 days on the island, you should apply for an MEU1. If you are unsure about whether you should apply for residency as a “swallow” you should seek advice at your local immigration office.

As we have stated in previous columns, if you are a resident in Cyprus, you are obliged to convert your British licence into a Cyprus driving licence. A Cypriot driving licence allows you to drive in all countries within the EU. However, some of you explained the difficulties you face when you have tried to hire a car in the UK on your Cypriot driving licence, which due to the date of issue, does not give a true reflection of the length of time you have driven. We have raised this issue with UK authorities but in the meantime, we suggest, as others in Paralimni said, that you keep a copy of your British driving licence before you exchange it for your Cypriot one.

Some of you asked quite technical pension contribution questions which we are still working through. When we have more information, we will publish it in this column. One of the more detailed comments on pensions was the impression that your pension contributions needed to be transferred to Cyprus in order to be eligible to apply for residency. We can be clear that this is not the case. The fundamental point for residency is that applicants must be able to show that they will not become a burden on the state. Therefore, it is a requirement that applicants must have sufficient funds in a financial institution in Cyprus or abroad in order to receive an MEU1. You are not required to move your pension contributions to Cyprus.

As we explained last week, pet passports issued in Cyprus or any other EU member state will remain valid for entry into the UK for the foreseeable future. In the event of a “No Deal” then pet owners using UK-issued pet passports will need to acquire alternative documents such as a temporary health certificate before travel. However, should your pet be imported into the UK via a third party, as we understand is the case with pets that are adopted in Cyprus, then the Balai Directive will govern the processes and requirements. You can read more about the Balai Directive here: https://bit.ly/2DG2Wy1

On 27 November, we are holding one meeting in Peyia from 14.00 until16.00 at the Old Cinema Building. Later the same day, from 17:30 until 19:30 we are hosting an event at the Palia Eletriki Cultural Centre in Pafos. And on Monday 3 December from 11:00 until 13:00 we will be at St Paul’s Anglican Cathedral Parish Hall in Nicosia. We hope to see more of you then.

Gesy is the Titanic and in real danger of sinking

Our View: A woman’s plea cuts to the heart of the Cyprus problem