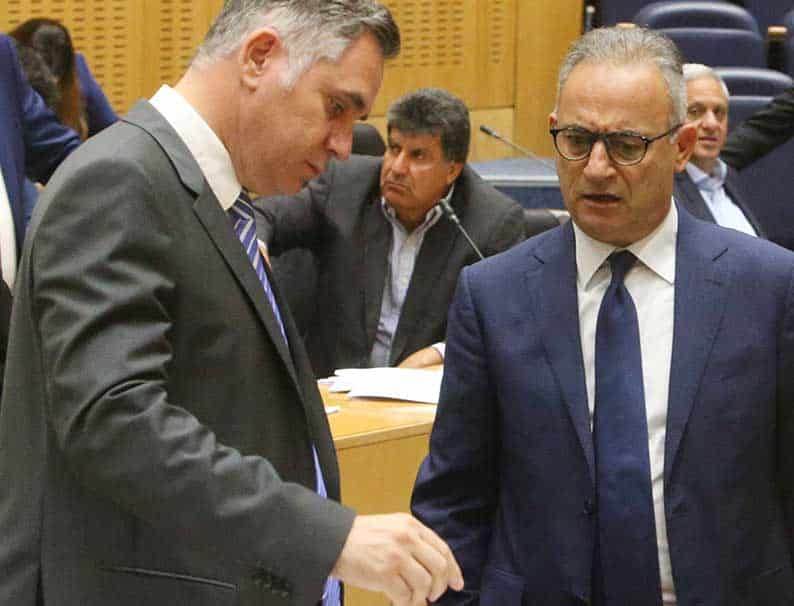 RULING Disy and opposition Diko have joined forces to prepare a “social package” that will include a cut in fuel tax and rewards for borrowers who have been consistent in repaying their obligations, it was announced on Thursday.

Speaking in parliament, Disy leader Averof Neophytou said he had agreed with his Diko counterpart, Nicolas Papadopoulos, to prepare a package to support those in need but also those who have been consistent in paying their loans and their taxes.

Neophytou said cooperation with Diko, which supported the recovery of the economy at great cost, must now move onto allocating the dividends.

Included in the measures is a scheme similar to the one designed to help vulnerable homeowners, but this time for reliable borrowers and taxpayers who “shouldn’t feel like idiots.”

This was an allusion to Estia scheme whose detractors say it was designed to bail out strategic defaulters and banks.

People who have restructured their loans have also protested since they will not be eligible for the scheme.

The state said Estia will cost taxpayers around €33m and Papadopoulos believes the same amount must be set aside for the people who have been repaying their loans.

Neophytou said this could be done by subsidising the interest rates but talks will be held with the government on the specific ways.

Measures were being considered to help people with low pensions too.

The two parties were also looking at supporting workers and the self-employed who will be called upon to raise their contributions in March next year to pay for the national health scheme. Workers will have to fork out an additional 3.6 per cent for the scheme and a 1 per cent increase in social insurance.

“It is a matter we must look at with great care and sensitivity,” Neophytou said.

At the same time, the parties have prepared bills to cut the fuel consumption tax by 15 cents per litre instead of a reduction in the tax on interest rates from deposits.

The Disy leader said the package will not affect fiscal stability nor shake market confidence.