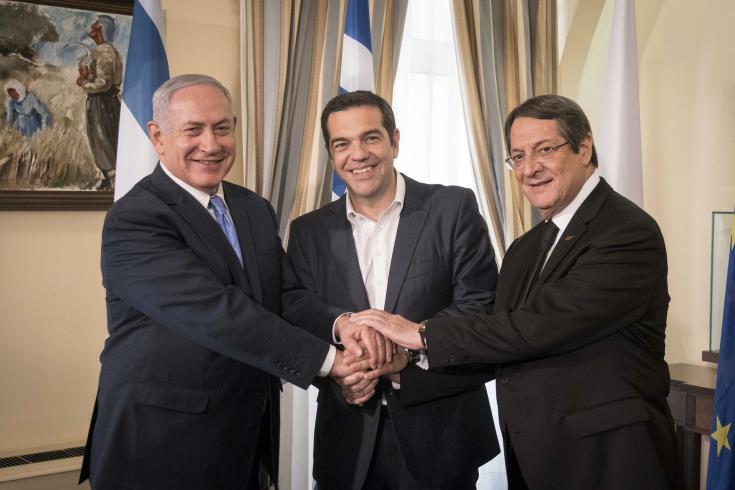 The partnership between Cyprus, Greece and Israel is not exclusive and the three countries welcome cooperation with other like-minded parties to promote the goals of stability, security and prosperity, Ambassador of Israel to Cyprus, Shmuel Revel, told the Cyprus News Agency (CNA), in an interview ahead of the next trilateral Summit on December 20, in Beersheba.

Revel said energy presented a potential for joint ventures and projects, and for economic growth in the area, expressing the belief that the EastMed pipeline project “represents a viable and strategic option of common interest to our countries, as well as to other European states.”

Asked about Turkey’s position and threats against drilling operations in Cyprus` Exclusive Economic Zone, he underlined that Israel opposes any action in the Eastern Mediterranean and the Aegean Sea which could cause a issue of stability, violate international law or contradict good neighbourly relations.

Cypriot–Israeli relations during the past year had reached an unprecedented higher level. “We look forward to further upgrading them in 2019,” he said.

Referring to the summit, Revel said it would focus on cooperation in innovation, cyber and research.  In parallel, he added, the Israeli foreign ministry was organising a seminar for young entrepreneurs from Cyprus and Greece. This first of a kind trilateral seminar, titled: “Innovation Road map: How to Scale Up Your Start-Up”, includes eleven participants from Cyprus and a similar number of participants from Greece, he added.

Referring to the trilateral cooperation, the ambassador stressed that “promoting stability, security and prosperity in the Eastern Mediterranean and the wider region was the major objective. “We share significant opportunities, particularly in the fields of energy and tourism,” he added.

At the same time, Revel noted, “we face important challenges. Together with like-minded countries we must face the growing threats of terrorism and extremism.”

“Based on our common values of democracy, the trilateral partnership also rises up to respond to emergency situations. Civil defence and medical services of the three countries are working closely together to save lives. For the future of the region it is imperative that we increase our capabilities in the areas of water and environmental protection.”

Asked about the EastMed project’s importance for the region and the EU and the drilling operations in Cyprus’ EEZ, the ambassador said the significant gas reserves in the Eastern Mediterranean were a major opportunity.

“Energy presents the potential for joint ventures and projects, and for economic growth. We believe that the EastMed pipeline project represents a viable and strategic option of common interest to our countries, as well as to other European states,” he added.