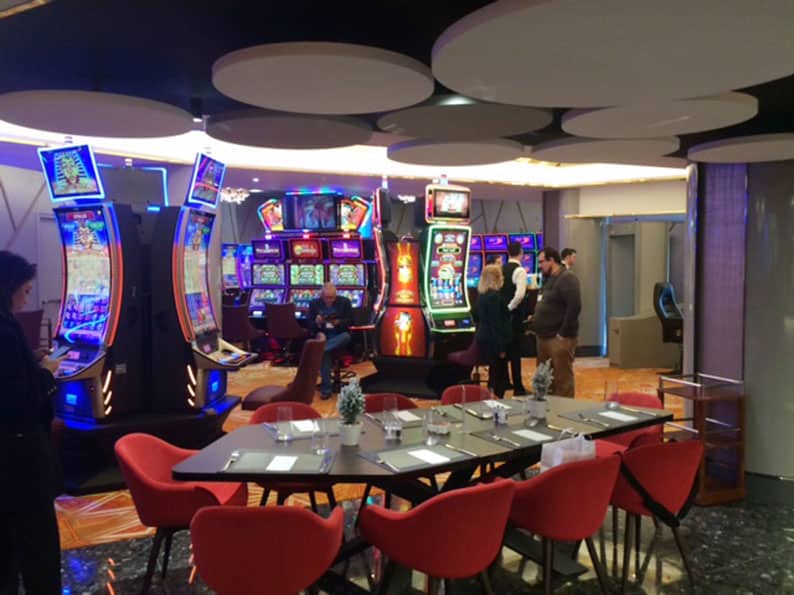 The most money won by a person at the Limassol casino in one stroke during a game of roulette was €500,000 while the biggest loser so far went home €130,000 poorer, it was revealed on Tuesday. Neither were Cypriot.

The two open casinos in Cyprus now employ more than 700 people, the operator said during a media tour of the newly-opened Nicosia casino, which employs 135 people, while the remainder are employed in Limassol.

The operators have also paid the government €6m in taxes to date since the Limassol casino opened earlier this year.

The numbers were announced by Craig Ballantyne, head of City of Dreams Mediterranean and Cyprus Casinos at a press conference on Tuesday to introduce the Nicosia venue, which opened last week and is now hosting around 600 visitors a day.

He also revealed that both the biggest winner and loser were playing roulette, a game known to have relatively good odds of winning. Though he was not at liberty to disclose the identity of these persons, he did say that in both cases they were foreigners.

“We want people to win. Without winners we would not have players,” he said.

He also revealed that the overwhelming majority of gamblers visiting the casino in Limassol were Cypriots at 84 per cent, with the remaining 16 per cent coming from 21 countries including Russia, Israel, Jordan, the Emirates and to a lesser extent China.

Unlike in Limassol where it is open 24/7, the betting house in the capital will open from 3pm until 6am during the week and all day and night during weekends.

This is because it is housed close to the University of Nicosia, Ballantyne said, as the company is about “responsible gaming” and tries to keep students from gambling when they are supposed to be studying.

Only those aged 21 years old are allowed to enter. “Even if we think someone looks under 25 we will check their ID,” Ballantyne said.

The responsible gaming does not extend to a ban on smoking in the building, and the owners blame the need to compete with casinos in the north, which are not regulated. However, it was said that the establishment’s ventilation system was so sophisticated that the smoke was barely noticeable even if someone smoked nearby.

They also check if people change their behaviour. “The last thing we want is addicts or people threatening staff,” said the head of the casinos. Guests may be excluded or be asked to take ‘time out’, that is to return after a month or longer.

In order to monitor what is happening, the Nicosia building has more than 100 cameras to cover all gaming positions, while the temporary Limassol casino has 402.

The second casino is just one in a series of satellite gambling houses which are opening over the island.

The opening of the Larnaca premises is planned for Friday.

While the Nicosia building houses five tables and 50 slot machines, the Larnaca casino will have only slot machines. At the airport, it consists of two parts, an air site behind the duty free section with 28 machines and a land site before passport control with 22, Ballantyne explained.

Paphos is next, and the Melco group is currently negotiating to finalise a deal for the site.

Another casino in Ayia Napa will likely start operations after Easter 2019.

All this is only part of the big plan. The first integrated casino resort, the City of Dreams Mediterranean, is expected to open its doors in 2021.

Estimated to cost around €555 million, it will create 4,000 jobs during the construction period alone.

The plans for the main building in Zakaki in western Limassol include a five-star hotel, suites and villas, while the four satellite casinos will remain in Nicosia, Larnaca, Ayia Napa and Paphos.

Fine for UK Cypriot who threw banana skin at match