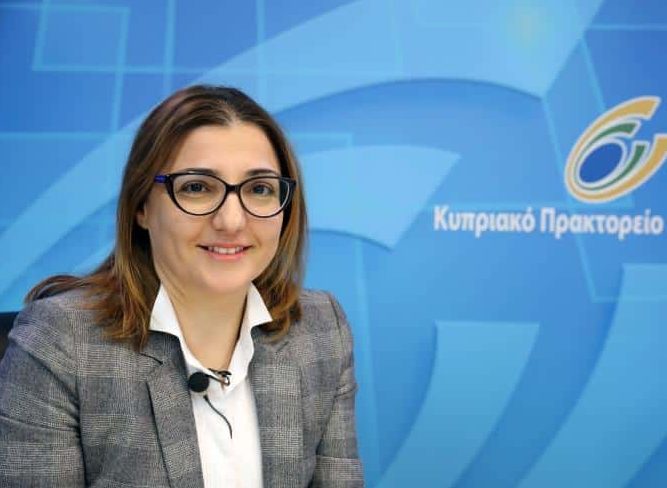 Private data commissioner Irini Loizidou Nicolaidou said Friday she was duty-bound to report the auditor-general’s failure to furnish her with information concerning a whistleblower, as she assured that sensitive data was safe with her.

Nicolaidou and Odysseas Michaelides are at odds over his refusal to hand over the name of a whistleblower who provided him with information relating to a complaint she was looking into.

In a fresh statement on Friday, following an exchange between the two independent state institutions the previous day, Nicolaidou said she was required by law to investigate every complaint lodged to her office by individuals claiming their personal data had been unlawfully handled.

In the course of the probe, the commissioner is authorised to seek information from anyone and any department, which would contribute to the process.

The audit service did not provide the assistance it was legally-bound to provide or at least information that would enable her to turn her investigation in a particular direction.

The issue concerns Greece’s betting company Opap and the agreement it made with the state to be permitted to operate in Cyprus.

Michaelides has repeatedly stated in the past that the state got a raw deal and as a result, he claims, the government is losing millions a year in potential additional taxes payable by the betting agency.

During discussions in parliament early this year, the auditor said there were also suspicious financial data relating to monthly wire transfers made from a bank account held by Opap in Cyprus, to a person living abroad.

Every month Opap would wire this person the same amount, €25,000. Police have the beneficiary’s name, age, and the bank to which the money was sent.

During the course of scrutinising Opap’s revenue stream, Michaelides’ office was contacted by a whistleblower who provided the information about the wire transfers.

But according to Opap, this type of information is confidential and thus must have been obtained illegally.

Michaelides said he would never give up the whistleblower’s name and assured others that they were protected.

Nicolaidou said it was inappropriate, to say the least, to dispute her actions “portraying an untrue image of whistleblower intimidation by the commissioner and misleading public opinion.”

The commissioner added that any information collected in the course of an investigation was treated with confidentiality, adding that whistleblowing on corruption was not regulated in Cyprus.

She said people should not be in any way encouraged to obtain by illegal means any information they planned to hand over to the auditor-general or any other department.

“The end does not justify the means and everyone, irrespective of position, office, or capacity, are obliged to comply and observe law and order. Such actions encourage anarchy and disorder,” she said.