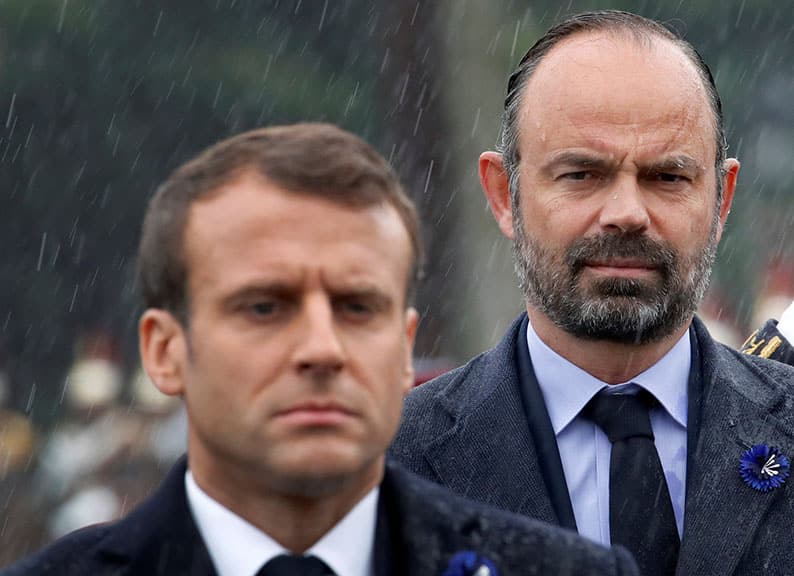 The European Union must focus on climate, security and growth after continent-wide elections in two weeks, or fall, French President Emmanuel Macron said on Thursday as its leaders met in Romania to chart the way forward following Brexit.

The leaders of all members except Britain meet on Europe Day in the town of Sibiu, which has German and Hungarian roots, 15 years after the EU’s expansion east finally consigned to history the Iron Curtain that had divided Europe since World War Two.

With European Parliament elections set for May 23-26, they will hammer home their goal of staying united despite the Brexit damage, as well as having a first go at assigning the bloc’s most powerful jobs later this year.

“In 15 days, some 400 million Europeans will choose between a project…to build Europe further or a project to destroy, deconstruct Europe and return to nationalism,” Macron said on arriving to the informal talks among the 27 leaders.

“We need to move faster now and with more determination on European renaissance,” he told reporters. “Climate, protection of borders and a model of growth, a social model…is what I really want for the coming years.”

France and seven other EU countries proposed getting to “net-zero greenhouse gas emissions” by 2050 for the Sibiu discussion, which is rich in symbolism but expected to produce no concrete decisions.

That partly reflects how troubled the times are for the EU.

Divided over issues ranging from migration to democratic standards, the EU is grappling with Brexit and a wave of populism, and faces external challenges from China to Russia to the United States. It is also lagging behind on issues from climate change to cyber security.

But the 27 leaders signed off on a declaration promising to “defend one Europe”, “stay united, through thick and thin” and “always look for joint solutions” in the next political cycle until 2024.

TOP JOBS UP FOR GRABS

More immediate consequences could come from informal discussions on appointing new people to the EU’s most powerful roles at the helm of the European Council, which brings together national leaders, the executive European Commission, the European Parliament, the European Central Bank and the joint diplomatic service.

All five posts are up for grabs later this year and the outgoing European Parliament has already named its picks for the Commission job including a conservative German, Manfred Weber, and a Dutch socialist, Frans Timmermans.

The national leaders, however, want to keep firm control of the process where party politics, geographies, policy priorities as well as the candidates’ personal profiles all play a role.

Agreeing the choice took three summits and three summer months of horse-trading the last time round and the Sibiu summit chairman Donald Tusk will propose finishing it in two goes now.

Hungary’s eurosceptic Prime Minister Viktor Orban as well as Greek Prime Minister Alexis Tsipras were among those speaking against Weber. The leaders of Luxembourg and Lithuania opposed the idea of following the parliament’s picks.

While desirable for smooth future cooperation, no formal unanimity is required. Orban and Britain’s former Prime Minister David Cameron opposed the nomination of the current head of the Commission, Jean-Claude Juncker, in 2014.

Tusk wants to convene another summit in Brussels on May 28, two days after the European Parliament vote to let the national leaders discuss the results and agree on their next steps.