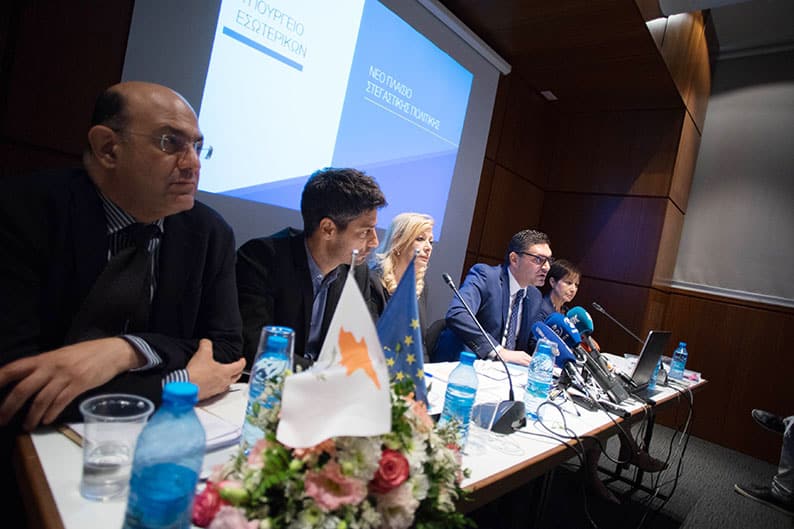 The government on Friday unveiled a plan aimed at creating affordable housing for vulnerable groups of the population based on eight pillars, including the introduction of building incentives and simplified schemes for certain areas.

“The new, well thought out policies that will be implemented by the interior ministry and the labour ministry, as well as the land development organisation and the home financing organisation, constitute a comprehensive approach that will yield immediate results for targeted groups of the population but also gradually resolve the structural problems in the housing market,” Interior Minister Constantinos Petrides told a news conference.

Flanked by his colleague at the labour ministry, Zeta Emilianidou, Petrides said the government’s aim is to produce affordable homes, defined by the European Commission as housing that costs under 30 per cent of the household’s gross income.

According to Petrides, the average construction cost in 2017 was €869 per square metre for flats and €1,086 for houses.

The eight pillars include the introduction of planning incentives and tools to produce affordable housing and create an affordable rent market, rent subsidies, introduction of new simplified and targeted housing schemes for areas neighbouring the buffer zone, mountain regions, and refugees, creation of additional units, and repaid and maintenance of refugee estates.

The pillars will also receive funds from the island’s citizenship by investment programme to the tune of €75,000 for every passport issued.

Petrides said Cyprus was in a better place compared with the EU but the problems were “significant.”

Families having difficulties affording housing rose because many borrowers could not repay their loans while rents went up by 30 per cent to 50 per cent, he said.

The current problems resulted from overborrowing in the past and the fact that repayment ability was never taken into account, the economic and banking crisis, but also the unsustainable public housing policies implemented in the past.

“Policies that despite the high financial cost in public money were devoid of any structural elements and in many cases, instead of helping, they added unbearable financial burdens on those eligible,” Petrides said.

Emilianidou said the cabinet has decided to raise rent subsidies in line with the rise in rents, the district, and the composition of the family.

Something for everyone promised at Kamares Festival