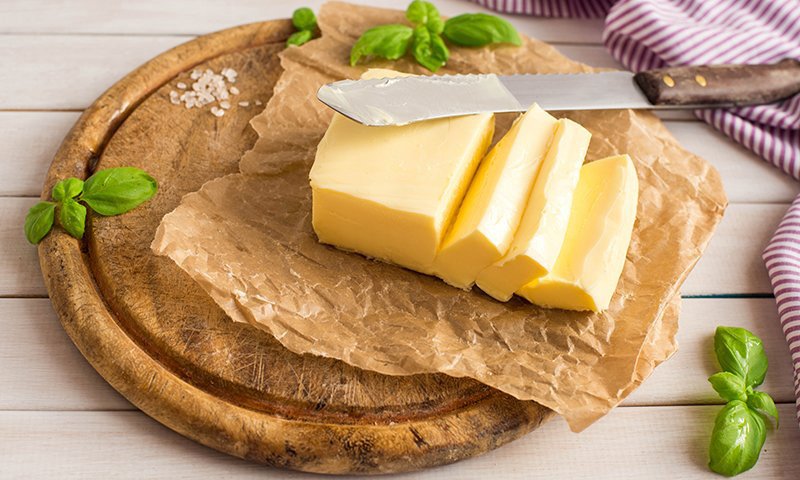 Nutritionist Kristian Gray on why we should be ditching margarine

For years, experts have proclaimed that we should avoid the ‘deadly fats’ in real butter and insisted we should depend on the more ‘heart healthy’ margarines.

Why? Because according to a heart-health theory devised in the 1950s and subsequently adopted by governments all over the world, the saturated fat contained in butter leads to heart disease.

This hypothesis, which sky-rocketed in popularity, was seized upon by major corporations that saw their chance to create a butter substitute, ultimately leading to the birth of margarine.

The benefit of this chemically created product, so the consuming public were told, was that it contained polyunsaturated vegetable oils without the presence of its saturated sibling. Unfortunately, for those that bought into this outstanding piece of marketing, the hydrogenation process vegetable oils go through to create the product focuses mainly on shelf-life, profitability and taste and not remotely on health.

But as time has passed and huge amounts of margarine have been consumed the population has subsequently grown fatter and the rate of poor nutrition-related diseases such as Type 2 Diabetes have increased dramatically.

That is not to say margarine is the sole cause of the obesity epidemic and poor health but it has certainly played a part.

Times are now changing and the science has finally caught up with the fiction, with nutrition experts all over the world saying it is the chemically produced ‘fake butter’ that is causing more harm than good.

The fear surrounding margarine comes as a result of the hydrogenation process that sees the spread made out of unhealthy refined vegetable oils and water, which can create toxic trans-fats. Butter on the other hand is simply made by churning milk or cream, usually without undergoing any chemical manufacturing which could alter its natural form.

One of the most outspoken advocates of unprocessed, real butter is Nicolas Tzenios, the founder of Nic’s Keto Diet, which teaches the body to burn fat not carbohydrates for fuel and the author of a book of the same name.

Tzenios battled his own health issues and saw his weight rise to approximately 112 kilograms before eventually discovering a diet high in saturated fats helped him lose weight – an awakening that millions of people the world over have now experienced.

Speaking at Alexander College in Larnaca recently about his book, which is now available on Amazon and in certain bookshops in Cyprus, the 47-year-old educator and hospital business manager explained how ditching certain diet dogmas – in particular, those surrounding saturated fat and butter – have transformed his health.

“I am unusual in some ways now because for a real treat, I nibble on a lump of butter but not too long ago I was enormous and my family members were fearful for my life,” he said.

“I believe that for more than 40 years we have been sold a lie about diet. As somebody immersed in the world of medicine, I have a powerful desire to help overturn society’s misguided nutritional assumptions and I feel I have a duty to share what I have learned.”

And the myth surrounding the consumption of butter is one of the misguided nutritional assumptions he refers to: “Butter is a key part of my diet and I often turn to it when I am feeling hungry and I am in need of a snack.

“These low-fat spreads that have occupied supermarket shelves without much competition are causing more harm than good because they go through a chemical process, whereas butter is a natural food source and comes from nature.

“When you look at this logically, how can something created in a laboratory be better for the body than a natural product?”

Tzenios’ way of thinking is by no means revelatory but for seven decades voices like his have gone unheard but thanks to the great success of high fat diets and the reintroduction of saturated fats, they are finally being heard above noise created by multi-billion-dollar corporations keen to maintain the status quo.

Over 22,000 applications for student grants