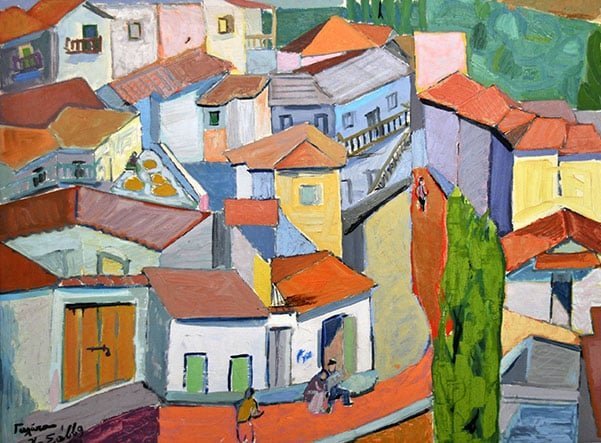 Work by artist Christoforos Savva among those to do returned

Ways of following through with the swap of archival material of Turkish Cypriot artists with a host of artworks belonging to Greek Cypriots which are stored in Kyrenia castle were discussed on Wednesday by the state broadcaster CyBC and the bicommunal Technical Committee on Culture.

The swap, a confidence-building measure (CBM) agreed by the two leaders during an informal meeting in February, should be complete by autumn, a member of the committee tasked with implementing the measure, Yiannis Toumazis, stated after the meeting.

The time delay, according to the Michalis Maratheftis, the general director of CyBC where the visual and audio recordings of Turkish Cypriot artists are stored, is mainly due to the need for some of the archival material to be digitised.

“We have informed the committee on the available [digitised] archival material – we even watched some of it – as well as on the material that has been sent to Belgium for digitisation and which will also be delivered,” Maratheftis said.

Maratheftis expressed the hope that these efforts will contribute to improving relations between the two communities.