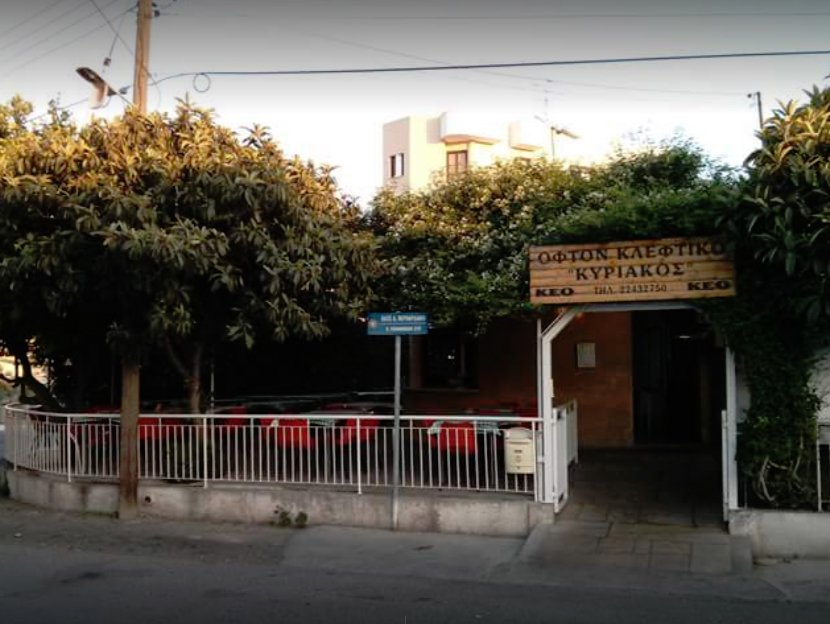 At the foot of ancient Idalion, close by the road to Nissou, was a fiery oven that was being fed with dishes the size of lifebuoys filled with marinated meat, covered and walled up in the giant white hive until the museum released its battalion of labourers, scholars, surveyors, archaeologists and volunteers from the seasonal excavation at the city kingdom, when they invaded the rough tables laden with bowls of peeled onions, scorching chilis, pickled celery, capers and baskets of hot bread to devour while the maestro served each the ovine delicacy. I had never experienced such an overwhelming olfactory experience; the combinations of aromas activated senses lain dormant for decades.

Each day for the duration of the ‘dig’ we feasted on the local bounty – shoulders or legs, we cared not, it was that icon of rural cuisine that sustained the light fingered peasantry during centuries of occupation: Kleftiko.

It is 27 years since my son secured a place for me at the excavation and the dining table, but it all returned in aromatic abundance when I secured the last table for two on a Wednesday night at the above establishment on the recommendation of my friend Michael the architect – it’s popular with architects. There is an air of mystery about the place; it has been open for over 30 years, I have lived within 500m for the last 14, used the petrol station opposite for the same length of time, but until last week remained unaware of its existence. It has no menu, only Metodios: ‘I am the menu’, he said. A dominant figure that takes orders for whatever you wish to accompany your kleftiko, providing it is on his list: salads, pickles, onions, tahini, yoghurt, bread, cheese and beer.

This obscure location is constantly visited by the gentry – with their domestics – in high-end 4x4s to collect the orders that they carry off in travelling ovens to deceive those dining in their concrete Parthenons.

There is a no waiting policy, as you sit, food arrives – Kleftiko and roast potatoes that are unlike any others emerging from a kleftiko furnace. They are first cousins to Sunday Roast, except treated with tomato and cinnamon – delicious.

The slow-baked lamb is the gold standard of kleftiko, I have not eaten better. Nor have I seen so many trencherman and women packed to closely under one roof. All worshipping at the altar of Agne.

Kyriakos needs no help from the media, but you will enjoy a culinary experience unlikely to be repeated anywhere else in Cyprus.

However, I realised why the majority of diners chose to sit at the rear of the dining room. 50m downwind on the opposite side is a paint shop that continued work until 2000hrs. I mentioned it to Metodios but he offered the standard Cypriot reply: ‘Neighbours’. Yes indeed. Alas.