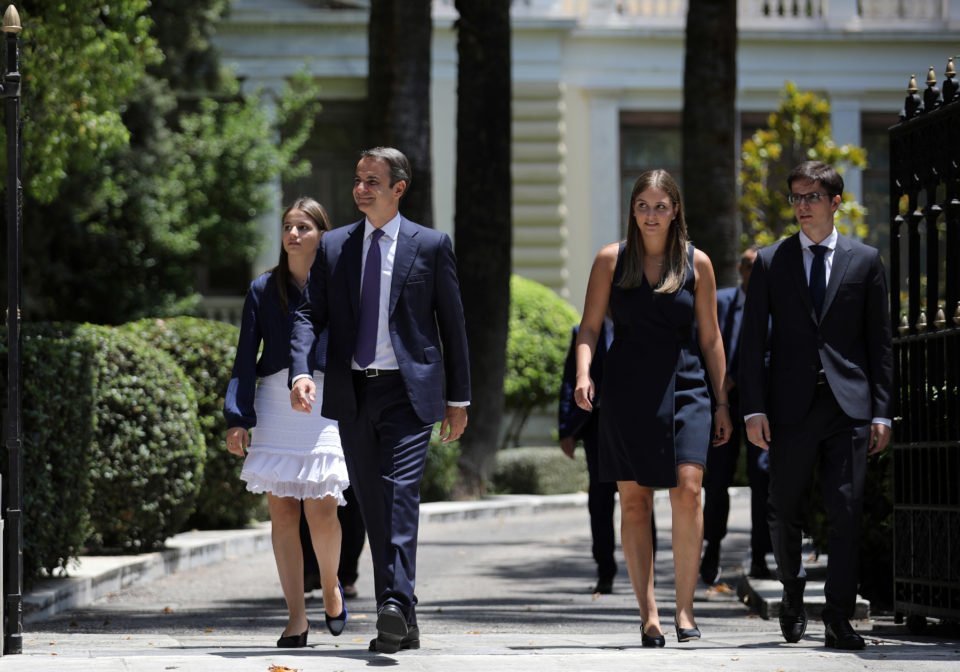 By George Georgiopoulos and Lefteris Papadimas

Conservative politician Kyriakos Mitsotakis took office as Greece’s new prime minister and named his cabinet on Monday, after storming to victory on a pledge to create jobs and lure investment to the economically stricken nation.

Mitsotakis’s New Democracy party won an outright majority with 158 seats in the 300-seat legislature. His pledges for more investments, well-paid jobs and fewer taxes won over Greeks worn out by years of EU-prescribed austerity and the euro zone’s highest unemployment.

“Today we get started on the hard work. I have absolute confidence in our abilities to rise to the occasion,” Mitsotakis said after he was sworn in at a ceremony officiated by Greek Orthodox clergy at the presidential palace in Athens.

He was later welcomed by outgoing premier Alexis Tsipras, a leftist who steered Greece out of bailouts, but was blamed for botching negotiations with international lenders and saddling the nation with more debt after he took over in 2015.

Mitsotakis appointed economist Christos Staikouras as his government’s finance minister. Staikouras, 46, was New Democracy’s coordinator of economic affairs and a lawmaker since 2007.

He served as deputy finance minister from 2012 to 2015, under a previous conservative-led government.

Greeks hope the new government can make the economy work better after the country emerged from the close surveillance of its international lenders last year. The economy is now growing at a moderate clip, expanding by 1.3% on an annual basis in the first quarter.

The change of guard was greeted with profit-taking on the Athens stock exchange after a strong rally in previous days. The blue chip share index shed 2.15%, led by bank shares.

On the fixed-income side, government bond yields tumbled to new all-time lows. The yield on 10-year government paper fell by as much as 14 basis points to 2.014%.

“Greek sovereign debt is trading at yield levels consistent with an investment-grade rating,” said Markus Allenspach, head of fixed income research at Julius Baer in a note. “i.e. the market has priced in a lot of positive development from here.”

For Mitsotakis the first test is likely to come from outside Greece, as tensions simmer between its close ally Cyprus and historic foe Turkey over offshore energy reserves.

Cyprus has discovered natural gas offshore in recent years, but its jurisdiction has been challenged by Turkey, which supports a breakaway state in the north of the island.

On Monday Cyprus condemned what it called an infringement of its sovereign rights by Turkey after Ankara sent a second drill ship to explore for oil and gas off the island.

Turkish President Tayyip Erdogan was the first foreign leader to call to congratulate Mitsotakis on Sunday evening, aides to the Greek leader said. On Monday Turkey’s foreign ministry said it hoped bilateral relations could be further enhanced under Mitsotakis’s stewardship.

“To this end, we want to swiftly revitalize existing dialogue channels and start our contacts as soon as possible to address issues on our agenda,” foreign ministry spokesman Hami Aksoy said.

Last month, European Union leaders warned Turkey to end its gas drilling in waters around Cyprus or face action from the bloc. Cypriot foreign ministry officials last week said they would take legal action against any company encroaching on its maritime areas without licence.