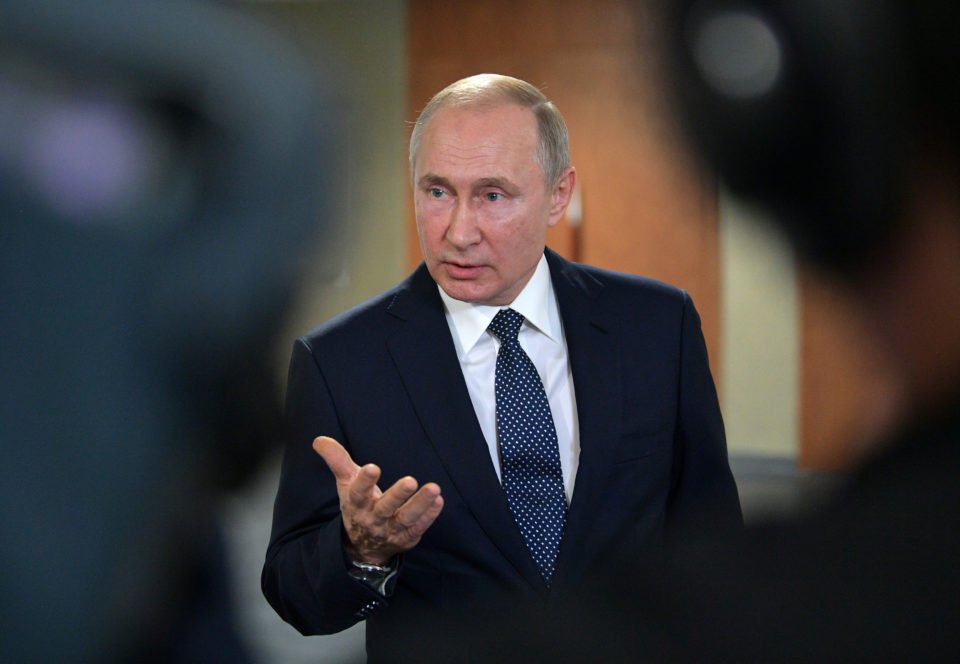 Russian President Vladimir Putin rejected on Tuesday a parliamentary call to impose sanctions against Georgia, saying patching up strained relations was more important than reacting to provocations by “scumbags”.

Putin was speaking shortly after the Russian parliament unanimously backed a resolution urging the government to draw up sanctions on Georgia for his approval, a move that would have sharply escalated the neighbours’ political dispute.

Moscow has complained in recent weeks about anti-Kremlin protests in Georgia and on Monday condemned an obscenity-laden tirade against Putin on a Georgian TV station which it blamed on radical political forces.

Putin made it clear he would not back sanctions, however, and wanted to repair not worsen ties with the ex-Soviet republic.

“For the sake of restoring full ties, I would not do anything to complicate our relations,” Putin said during a visit to the city of Yekaterinburg.

“As for various types of sanctions on Georgia, I would mainly not do it out of respect for the Georgian people.”

In an apparent reference to the profane verbal attack on him, the Russian leader added there was no point in reacting to what he called the outbursts of “some scumbags.”

The lower house of parliament, the Duma, had earlier on Tuesday suggested banning imports of Georgian wine and mineral water and halting financial remittances back home by Georgians working in Russia, measures that could have badly hurt Georgia’s economy.

Georgian President Salome Zurabishvili urged Russia not to impose sanctions, warning it would only further aggravate the situation and play into the hands of people Moscow regarded as extremists.

Protests erupted two weeks ago in Tbilisi over a visit by a Russian lawmaker with many demonstrators saying they were angry about the continued presence of Russian troops on Georgian soil.

The small nation, an ally of the United States, fought and lost a short war against Russia in 2008.

The countries have not had diplomatic ties since, and Russia went on to recognise the independence of two breakaway Georgian regions, South Ossetia and Abkhazia, whereRussian troops are now garrisoned.

Citing risks to its citizens, the Kremlin has responded to recent events by suspending passenger flights, a move that threatens to hurt Georgia’s tourist industry since over 1 millionRussians visit each year.

The Georgian currency, the lari, slipped to a record low of 2.87 against the dollar on Tuesday, taking its year-to-date loss to 7.3%.