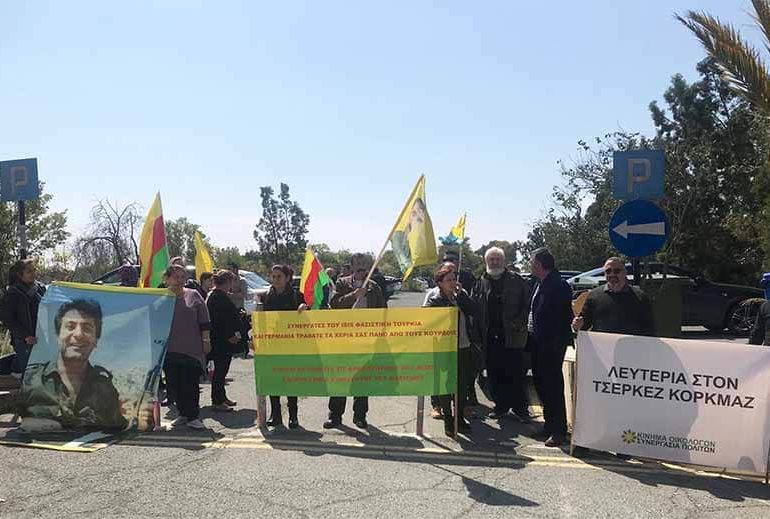 The Larnaca district court on Friday rejected the request by German authorities for the extradition of Kurdish Turkish national Cerkez Korkmaz.

“The request by the German authorities for the extradition of man wanted in Germany is rejected due to the fact that the European arrest warrant has been issued for the purpose of prosecuting the wanted person for his political views,” said the president of the court Michalis Charalambous, marking the end of the extradition trial that was launched in March.

Korkmaz, 60, was wanted in connection with terrorism offences allegedly committed between 2013 and 2015 in Germany concerning links to the Kurdish Workers Party PKK. He has been living in Cyprus since 2009 and is a recognised political refugee.

The 52-page court indictment noted that “it is clear that the offences attributed to the wanted person, as stated by the European arrest warrant, are by their very nature not objectively or subjectively perceived as punishable or illegal on the basis of the general principles of criminal law.”

Last month, Korkmaz told the Larnaca district court that he was not a PKK member because he did not qualify as he has a family, but it would have been an honour for him if he could have been a member of the party. He said he founded with others the Democratic Social Party after serving a long prison sentence in Turkey.

The court decision also stated that activities conducted by a person who has leadership responsibilities in an organisation are also not in the scope of illegality.

These actions that can be accorded to the defendant, however, cannot be considered terrorist in any way, even if the defendant was in fact a member of the PKK, the court said.

It added that Germany’s decision to recognise the PKK as a terrorist organisation has nothing to do with the Republic of Cyprus, which abides by European law and decisions of its own judicial bodies.

The refugee status granted to Korkmaz by the Republic of Cyprus due to the political persecution and torture he faced in Turkey could also not be ignored, the court said.

From the moment that “the defendant has been granted refugee status, the Republic of Cyprus has a legal obligation… to not expel or extradite [the defendant] to any country in which his freedom is threatened and endangered by, among other things, his nationality and political beliefs.”

In statements after the hearing, Korkmaz said that “finally justice has spoken, and was not used as a tool for the economic interests of Turkey and Germany.”

Hot inland, cooler on the coast in coming days