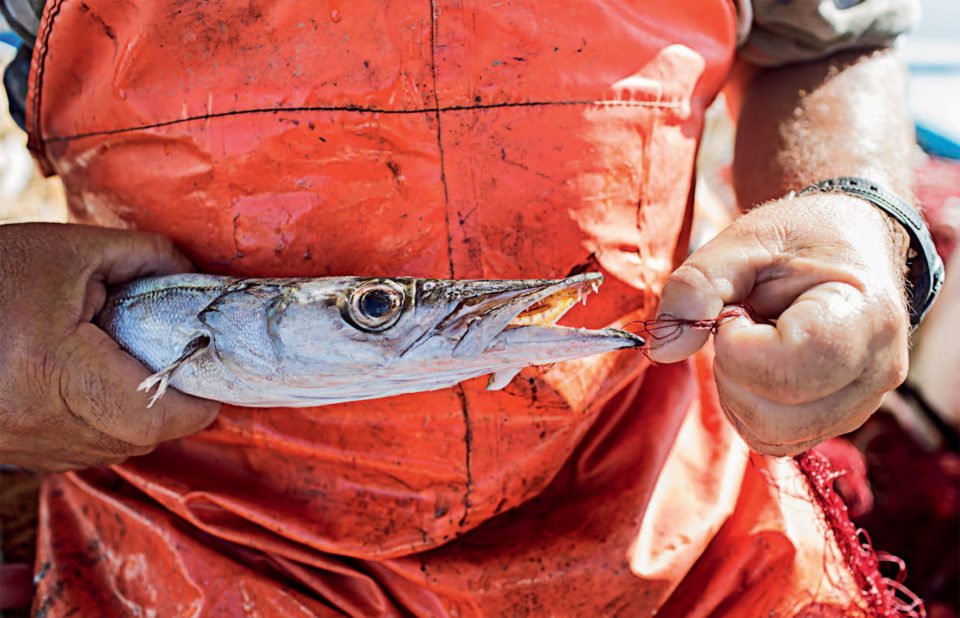 Sardines, octopus, shrimp, goatfish, mackerel – the waters off the coast of Cyprus are teeming with life. According to Yiorgos Nikola, fifteen kilos is a good day’s haul for a one-man boat

Yiorgos comes in to anchor shortly before eight in the morning. He steers the flat, white Captain Tooylne carefully between the cutters, speedboats and yachts in the little port of Latchi. Once the boat is moored, its owner sits down on deck between his nets and carefully removes his catch from the meshes. A handful of large shrimp, three substantial octopuses and “skorpois, a scorpion fish, very dangerous”. These dragon-headed creatures have glands on nearly all of their fins that excrete a toxic protein.

Yiorgos set out at half past four, long before sunrise, and threw out a dozen nets. The muscular man in his orange rubber trousers and camouflage shirt cheerfully tells us that he has done this job “since birth”. His father was also a fisherman. Gradually more fishing boats chug into the harbour basin. And the van of the fishmonger snakes its way between the yachts that are jacked up to be repaired on the quayside. On a good day, Yiorgos can sell him fifteen kilos – “but if my catch contains a lot of sardines, I don’t earn much. My father often returned with sixty kilos. But nowadays there are far more boats than there used to be and due to global warming we have fewer and fewer fish …” What’s more, diesel has become more expensive. And for some time, the fishmonger has been paying them less.

This morning, Yiorgos has about ten kilos in his nets; the three octupuses alone weigh four-and-a-half kilos. He pushes the shrimp aside. “I’ll take those home with me.” He never sells the best of his haul, he tells us.

Around thirty fishermen still head out from Latchi every morning. But unlike two or three decades ago, hardly any of them are able to make a living from fishing. Some of the catch goes straight to the habour tavernas and restaurants, which have sprung up in the old carob-fruit warehouses; the rest ends up on the scales at the back of the fishmonger’s van.

Sixty boats from around Paphos and the coast of the Akamas peninsula regularly provide the fishmonger with their haul, which he sells in his shops. Today, though, he has to wait a long time for Yiorgos’ contribution. Nothing and nobody seems to ruffle the feathers of this stocky fisherman. He patiently answers all of our questions, and is happy to show us what he caught.

Sometimes Yiorgos goes out again in the late afternoon in Chrysochou Bay. In the summer months, however, he is usually to be found on the quayside under the shady roof of ‘George’s Watersports – Boat Hire’ – which he founded in 1989 after returning from Athens and London, where he went to university and worked as a journalist for the Cypriot community. “But once the sea has got you, she doesn’t let you go.” The university educated fisherman’s son followed the call of the sea, rejected the chance of a career in TV and returned home. He was the first person in Latchi to set up sun umbrellas on the shingle beach, soon started renting out three little boats – and supported his sisters, who had opened one of the first tavernas in the fishing village.

Yiorgos – who is now enjoying a coffee on the small, shady side terrace of Katina’s Tavern wearing black Bermuda shorts and a colourful polo shirt – has two sons. One of them, Alex, is standing with prospective customers at the boat rental. “His mother is from Saarbrücken in Germany,” smiles the proud father, and makes his way back down to the quayside, before turning around to say “Auf Wiedersehen!” in perfect German. 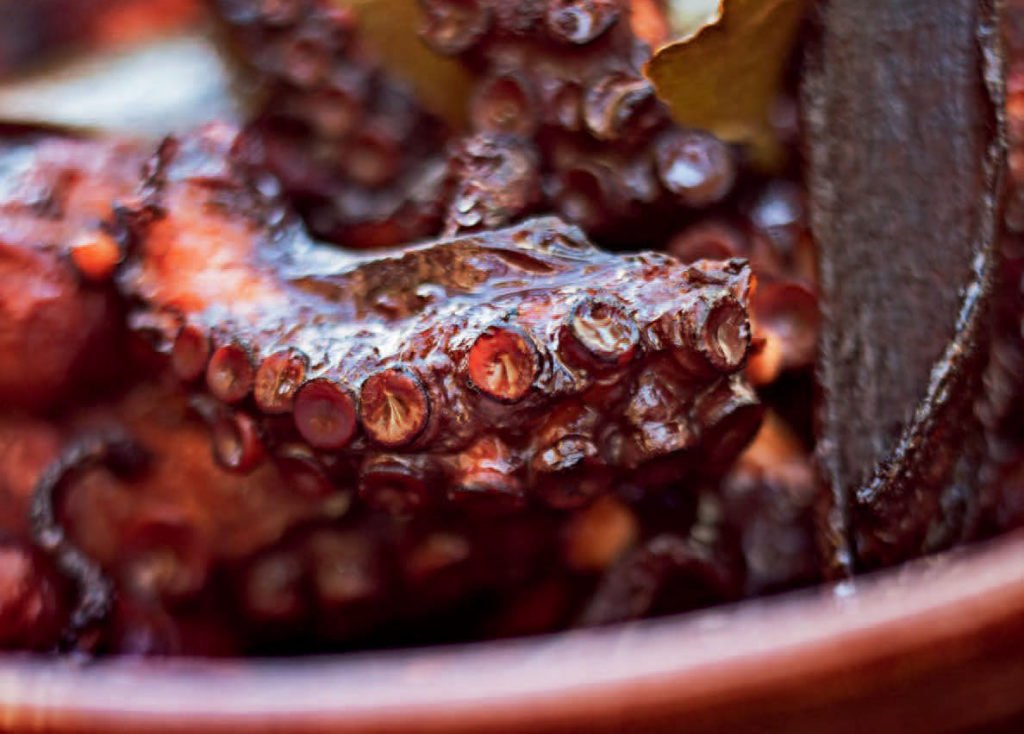 For every kilo of octopus

Inspired by a recipe that comes from the village Karakoumi in the Kyrenia district, this is no doubt the most delicious octopus dish you will ever taste. The use of Commandaria (the famous dessert wine of Cyprus) makes it an extraordinary experience.

Wash the octopus and cut into 5cm pieces.

Place in a casserole together with all the other ingredients.

Cook over a low to medium heat, partly covered, until the octopus is cooked and you are left with a nice, thick sauce.

Akinci: Varosha action must be in line with international law