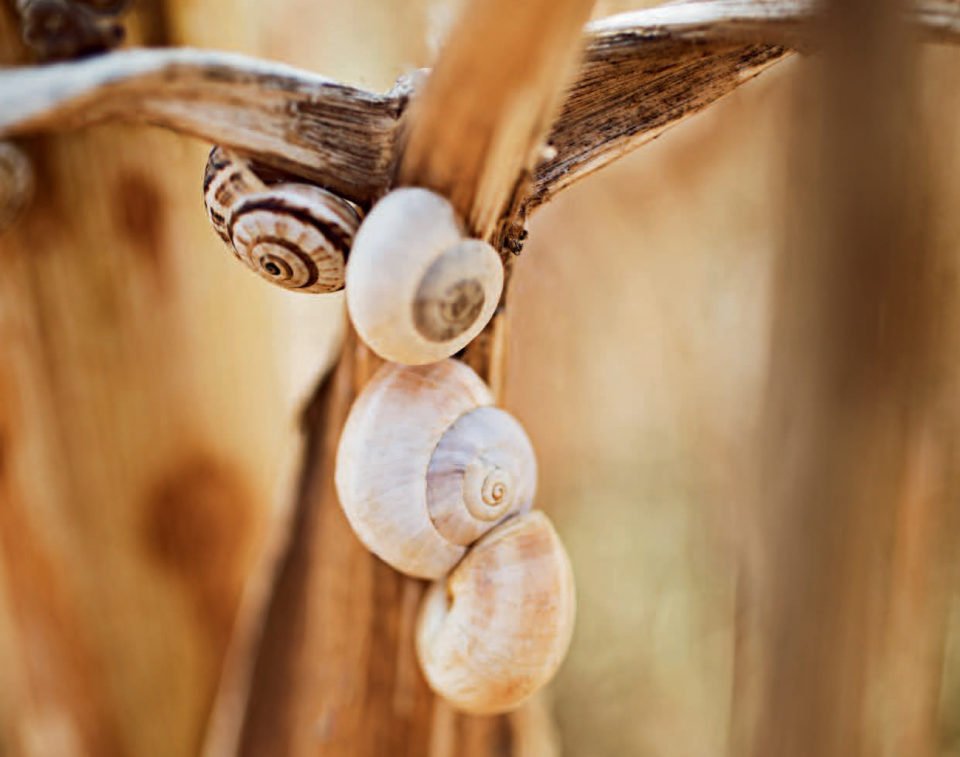 As a young girl in the village of Rizokarpaso she was renowned for her weaving skills. Today friends and family enjoy Maria Pitrakkou’s culinary reminiscences of her home region of Karpasia

In her passport photo, Maria’s eyes and smile are those of a twenty-year-old. But Maritsou, as the whole family calls her, was born in 1927 in Rizokarpaso. Today she lives far from her original home, on the ground floor of a suburban house that she shares with her daughter, son-in-law and their youngest children. Two weeks ago there was heavy rainfall in the area, after which the family went out to collect snails. “Snails are a typical Lenten fare here on the island,” explains Maria’s daughter, “and devout Cypriots don’t just fast before Easter but for more than a hundred days a year.”

Maritsou is preparing the karaoloi in two different ways: skewered and in a ragout, as is typical on the Karpasia peninsula where she was born and grew up. In her little kitchen the small, toothless woman – who never learnt to read or write but worked for forty years in the building industry – is the queen of her domain. Her gaze is alert and her eyes sparkle as I help her to stick the snail bodies onto the thin wooden skewers. In the heavy cast iron pan on the stove, the oil – half olive, half sunflower – is starting to bubble. We briefly roll the snail-skewers in flour, then Maria adds several at a time to the hot, sizzling oil.

The ragout is bubbling away on the neighbouring gas ring. A special variety of courgette is simmering with tomatoes, herbs and smaller snails still in their shells. Later we all sit down together around the kitchen table, which is now covered in a fine white tablecloth: Maria, her daughter and grandson, and her seventy-five-year old sister who is visiting from England. The women show us the toothpick trick: Maria had already cut tiny openings in the top of the ragout snail shells, into which we now have to carefully wiggle our toothpick. This makes it easier to push the body of the snail to the opening of the shell. “And then just suck.” And, sure enough, the tiny delicacy slips easily into our mouths.

“During Lent, snails are served as the main meal,” explains Maria’s daughter; “with pourgouri, bulgar pilaf, for example.” For this pre-Easter lunch in Maria’s kitchen, the karaoloi is served with a delicious fresh salad of celery, tomatoes, cucumber, radishes, caper sprigs and dried mint. As a starter or mezze, snails are usually eaten with a dressing of oil and vinegar or lemon juice; we also squeeze a little fresh lemon over our skewers.

For dessert we move to the first floor of the house, where an assortment of cakes and pastries have been arranged on the low living-room table. Tired out from her exertions in the kitchen, Maria lowers herself into a chair, before moving to the soft sofa. The grandson and daughter serve coffee. We get to admire various woven articles that her family pull out of trunks and cupboards: scarves, bedspreads, rugs and a kind of open kaftan that is traditionally worn by women over a blouse and trousers. Maria reacts bashfully but then proudly to the pieces being shown: they are all her work.

“At the age of fifteen she was already well-known in the village for her weaving, and started earning her own money from it,” the sister tells us. And with his mobile phone, Maria’s teenage grandson takes photos of his grandmother surrounded by her beautiful work. Maria’s creations are a treat for the eyes with their beautiful colour compositions. As if this snail culinarian – now dressed always in widow’s black – had foreseen the fashion trends of the twenty-first century. 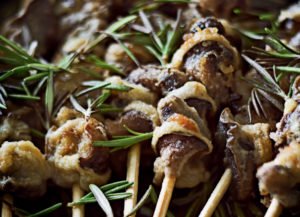 Wash the snails thoroughly to ensure that they are clean and place in a pan of cold water. Begin by cooking the snails over a low heat so that they come away from their shells and can be removed with ease. Add vinegar and salt, and bring to the boil for 2 minutes. Skim the foam from the surface and drain. Repeat this process until no more foam forms.

To make the kebabs, remove the snails from their shells and stick onto wooden skewers. Coat with flour and fry until golden brown in olive oil for several minutes. Add the rosemary and lemon juice and toss the snails in the liquid.

Serve warm with a green salad.

More Gulen related arrests in Turkey and the north

Singing for the soul

Taxi driver looks back on the profession