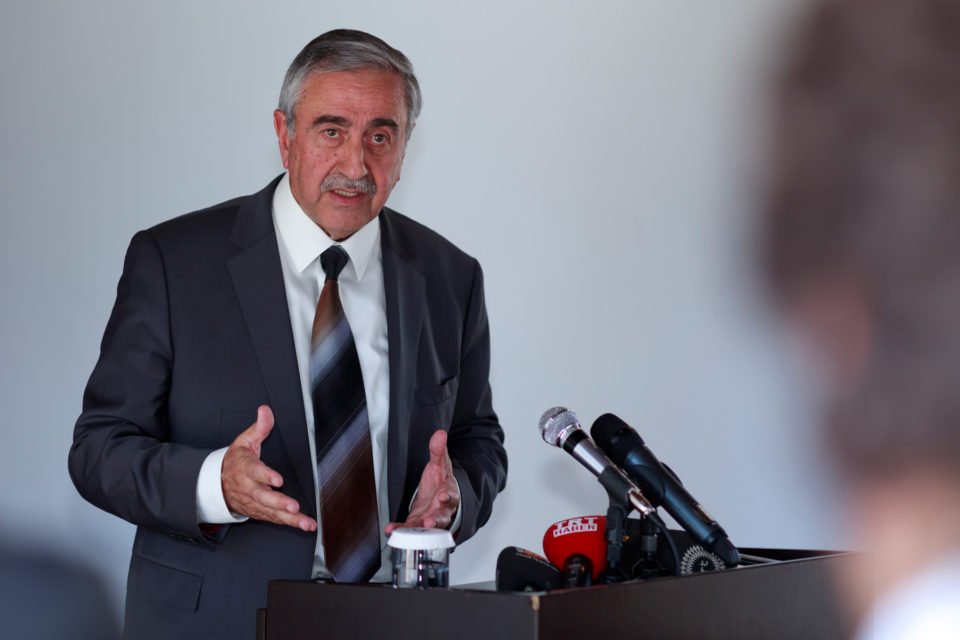 TURKISH Cypriot leader Mustafa Akinci on Tuesday stressed the importance of a culture of peace in education as he was delivering a flag and photo stolen from a school in occupied Lysi by a Greek Cypriot teenage boy last week.

Akinci met the headmaster of the Lysi school and delivered to him a flag and a photo of former Turkish Cypriot leader Rauf Denktash. The two items were sent to him on Monday along with an apology letter from the father of the 16-year-old boy.

The flag and photo were not the ones the boy stole from the school, but the headmaster said the important thing was the apology and remorse expressed by the boy and his family.

Akinci spoke of “justified anger” among the Turkish Cypriot community sparked by the 16-year-old’s actions.

“Apologising is a virtue,” Akinci said, adding that this was how he would like the Turkish Cypriot community to view the apology by the 16-year-old’s family.

Noting that the father of the headmaster of the particular school in Lysi is also listed as  Turkish Cypriot missing person and his remains have not yet been identified, Akinci said that those who have gone through this pain know the value of peace and do not want the younger generations of Cyprus to have similar experiences.

The Turkish Cypriot leader said that it was very important to show respect, individually and collectively, to each other’s symbols and values.

“We are obliged to do this, and this can be achieved through the transmission of peace education and peace culture,” he said. He added that the Technical Committee for Education was working in this direction.

He reiterated that according to surveys, there is widespread fanaticism among young people, referring to the attacks by Greek Cypriot pupils on cars with Turkish Cypriot licence plates and or on Turkish Cypriots in the south of the island. These incidents should be punished, he said.

The headmaster, Sozer Ozkaramehmet, said that as educators, they were not teaching Turkish Cypriot children to attack religious symbols, the flag or other values of the other community and made a plea to the Greek Cypriot side to reassess its educational system.