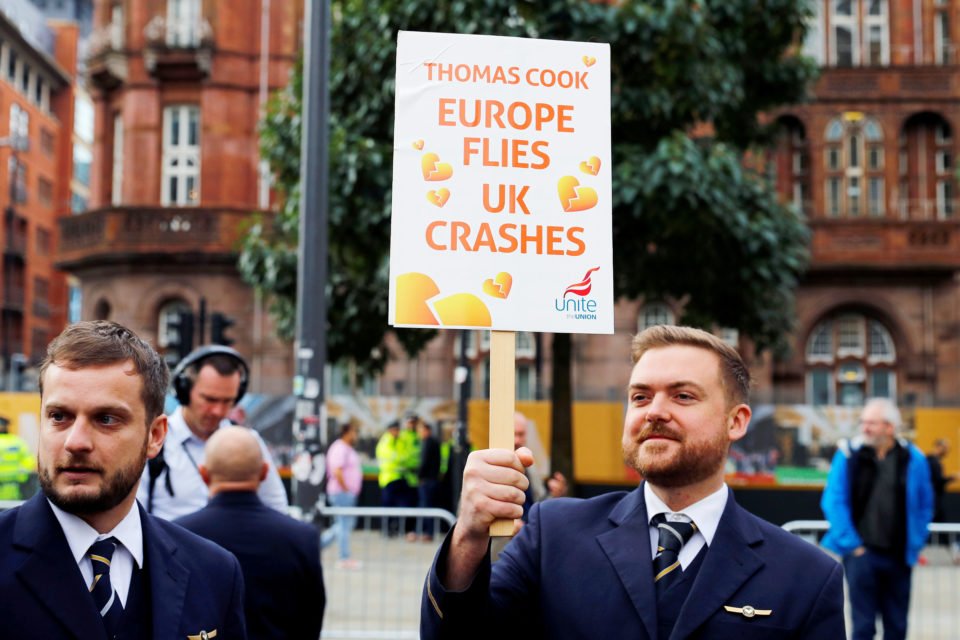 The former chief executive of bankrupt travel firm Thomas Cook said on Tuesday he understood public anger over his pay but defended his record, saying he had worked tirelessly to try to save the company.

Peter Fankhauser apologised again to customers, staff and suppliers as he appeared before a British parliamentary committee, and said that responsibility for the collapse was shared among several parties who tried, and failed, to agree the rescue deal.

Asked about his salary, which totalled 1.02 million pounds ($1.29 million) in 2018 including pension and benefits, Fankhauser said he did not set his own pay or decide any bonus.

“I’m not going to try and defend my base pay, because in relation to a normal worker’s base salary, this is an enormous amount … I fully understand the sentiment in the public,” he told the committee.

“However, what I can say to that is that I worked tirelessly for the success of this company and I’m deeply sorry that I was not able to secure the deal.”

Fankhauser said his efforts to transform the company after his appointment in 2014 had been constrained by its debts.

“My commitment to the company was shown: I never sold one share, because I was believing in the company,” he said.

He said he would take some time to reflect on what was the right thing to do with his pay after business committee chair Rachel Reeves said that it could be put to better use if it funded redundancy packages for his colleagues.

“The number of times you’ve said “sorry” – it just rings rather hollow when you’re not willing to put something back,” she said.

The firm collapsed after it became unable to service its debts and failed to convince banks to back a rescue plan in the face of changing customer habits and intense competition from low-cost airlines and internet companies.

Thomas Cook’s management said a deal was possible until the final hours before the company failed, and that banks and shareholder Fosun would have backed a deal to save the company if there had been government support.

Thomas Cook’s German airline Condor is still operating with support of a loan from the German government, while its Nordic business may still be bought. Its UK business went straight into liquidation, with its UK shops bought by a rival last week.

Fankhauser said he would not criticise the UK government for its decision not to provide support but that the cost of Thomas Cook’s collapse was “far higher” than what the firm requested, adding that he had not spoken to any UK government ministers in the week before the collapse.

“Government officials from a variety of departments had over 100 meetings with Thomas Cook in the run up to their insolvency,” a government spokesman said in a statement, which did not address the issue of support for the company.

Previously Transport Secretary Grant Shapps has said that government support for Thomas Cook would have just delayed the inevitable, but Fankhauser said it would have allowed management to overhaul the business.

“The recapitalisation plan, once successfully completed, would have put us in the position that we most probably would have been the best funded travel company in Europe,” he said.

“I firmly believe that after the successful recapitalisation, we would have had a new start. Otherwise I would have not fought so hard for it.”

Thousands of cases of system abuse of Gesy have been investigated