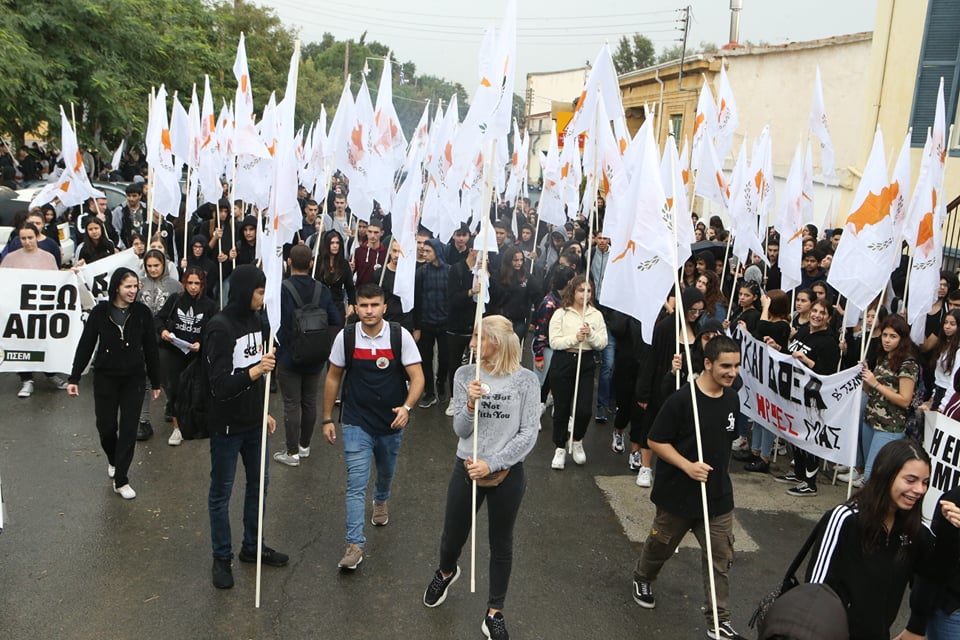 Student demonstrations held in Nicosia on Friday to mark the 36th anniversary of the unilateral declaration of independence (UDI) in the north on Friday were cut short by heavy rain.

Demonstrations to protest the Turkish Cypriots’ UDI on November 15, 1983 are held every year with varying zeal.

Other protests, including those by Elam, waited for the rain to pass and marched on the Nicosia crossing points at Ledra street and Ledra Palace. 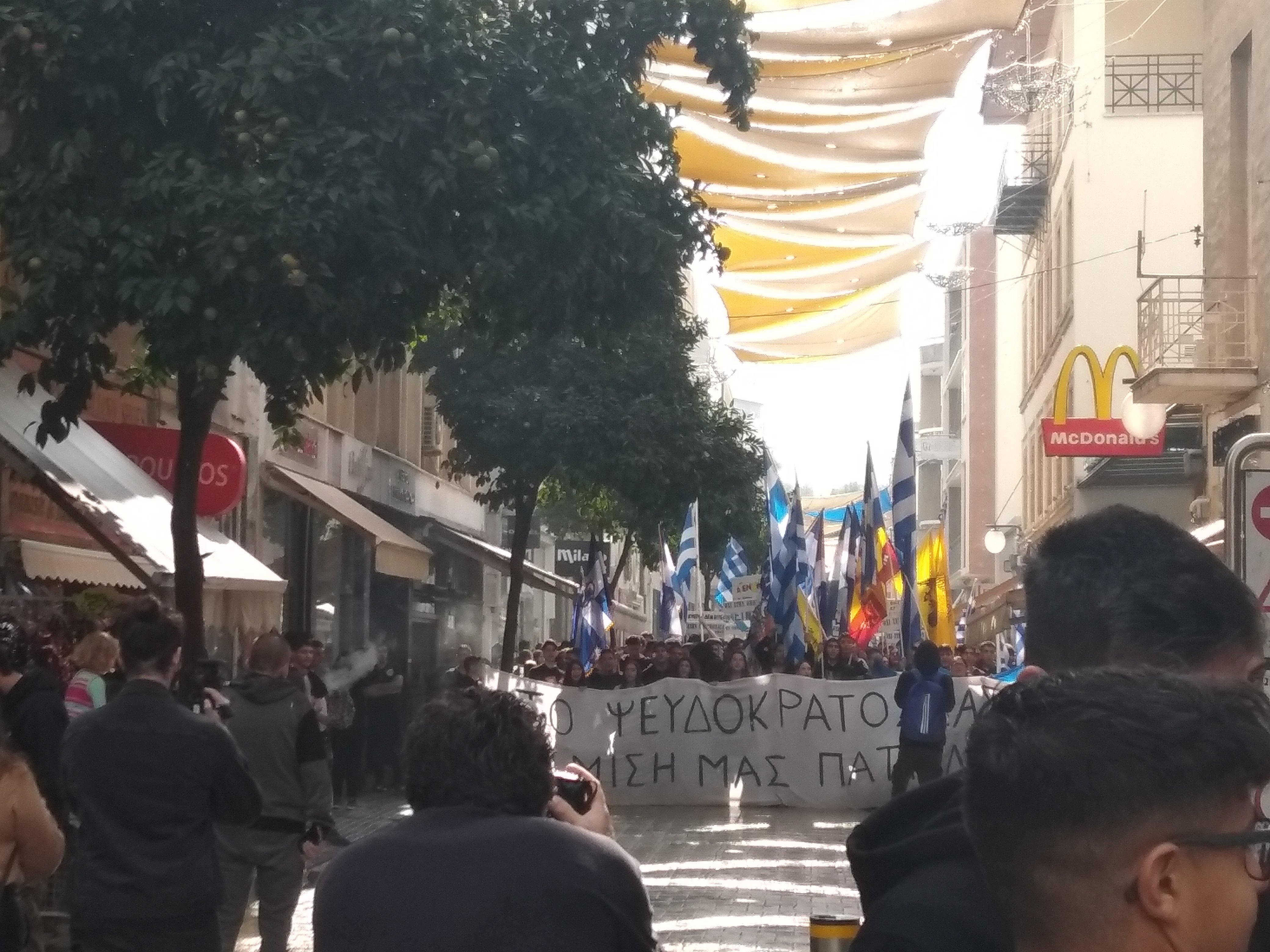 The demonstration on Ledra StBehind the group were a few confused, but curious, tourists.

A fan from Scotland dressed in a kilt and waiting for the football match against Cyprus on Saturday said: “Yeah, it’s lively, it’s just like a football match. It got me excited for the game tomorrow.”

A Slovakian tourist who overheard was rather more concerned.

“It’s a worrying sign of the rising fascism across Europe,” he said.

Throughout the conversation chants of “the border will fall and we will get to Karpasia!” reverberated throughout Ledra street.

The march coalesced before a police line held by about ten officers just before the crossing. Some people tried crossing over but gave up due to the congestion. Others in the street looked on in quiet contemplation.

Shop owners peered through their windows and stood at their doorsteps observing the loud but peaceful demonstration.

The chants focused on the Turkish occupation but there were also signs held high reading “British bases out of Cyprus”. A notable chant was “there can be no Greek-Turkish friendship until the occupation ends.”

The rain and a heavy police presence, with police cars cutting off vehicle access at the roundabout near the Ledra Palace, caused gridlock at one of the entrances to the old town.

Bad weather also postponed demonstrations planned by Psem in Limassol which will take place next Monday instead, but members of the National Youth of Cyprus made their way to protest in the city centre.

Political parties, student organisations and other associations and organised groups all issued announcements condemning the UDI.

In his message, President Nicos Anastasiades said that this year’s UDI anniversary is accompanied by a surge in Turkish provocations in all areas, at the time when the two sides are about to meet the UN secretary-general.

He said Turkey is getting ready for further illegal drilling off the coast of Karpasia while the opening of Varosha has been announced, adding however that Cyprus is not alone and has the EU’s support in addressing the Turkish provocations.

The customary student and military parade in the north took place despite the heavy rain in the presence of Turkish Vice President Fuat Oktay. Turkish Cypriot leader Mustafa Akinci cut his speech short not to prolong the stay of the pupils and the public in the rain. 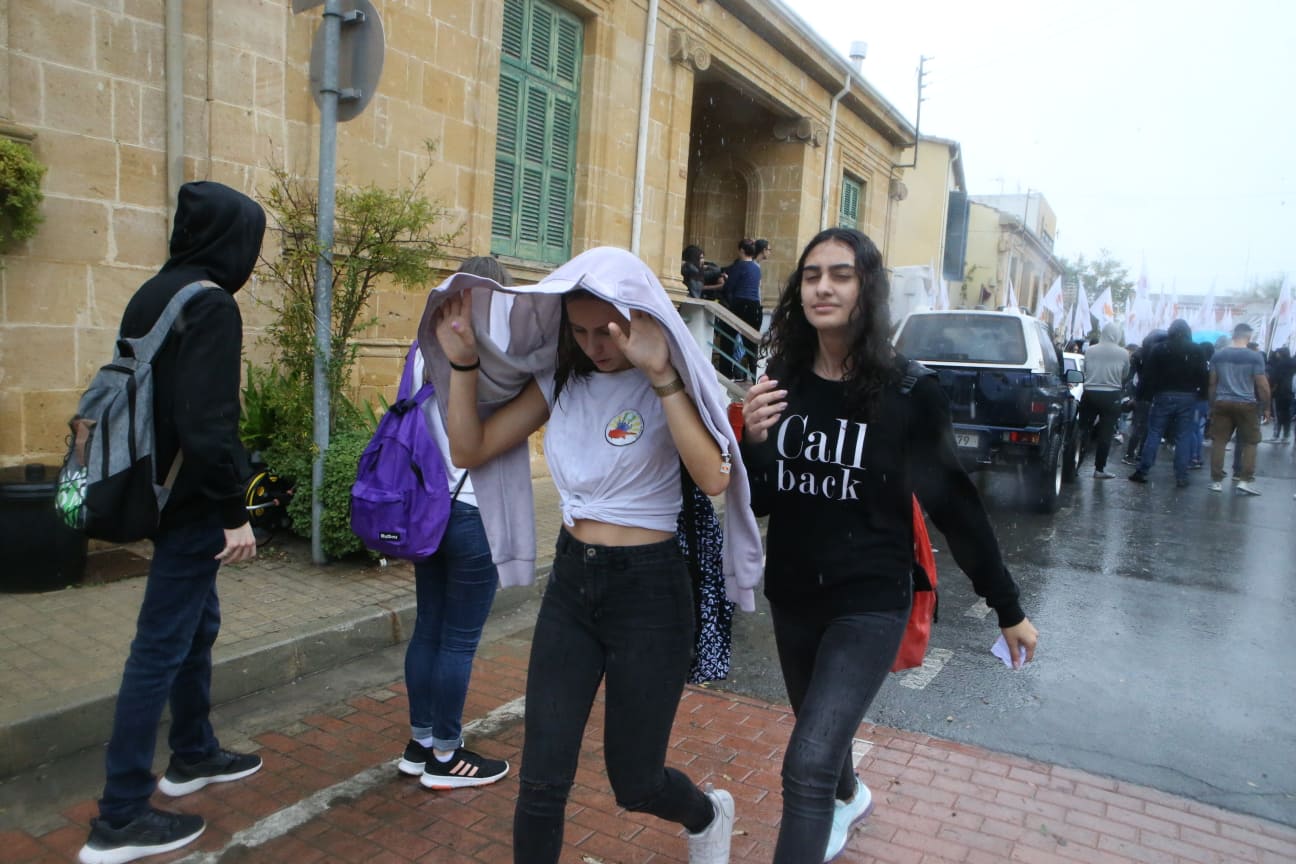