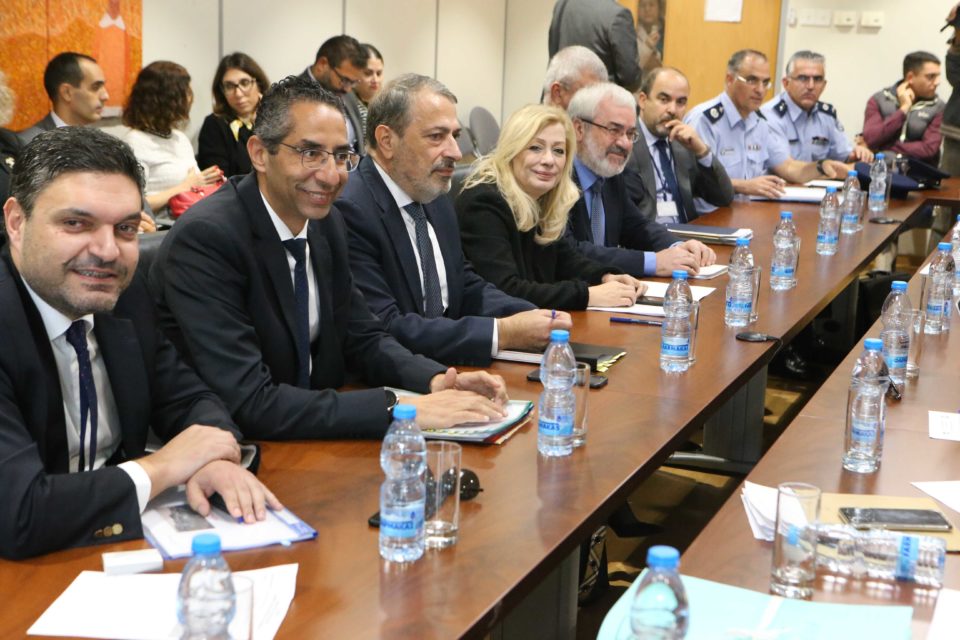 The ministers of interior, defence, justice, labour and the chief of the secret service (KYP) were all present at the closed doors meeting

The increasing influx of irregular migrants will hatch into a full-blown crisis if left unaddressed, Interior Minister Constantinos Petrides said on Wednesday following a closed-door meeting at the House ethics committee.

The minister said that measures would be announced shortly concerning a change in the Green Line Regulations and other bills being prepared by the foreign ministry.

The aim, he said, is to curb the abuse of “the anomaly created by the occupation”. He was referring to the Green Line through which increasing numbers of irregular migrants are crossing.

“The situation is evolving in such a way that Cyprus is not able to handle it alone,” Petrides said.

The minister last week had described the Green Line as a “black hole” for irregular migration.

According to the latest figures by the European Asylum Support Office (EASO) released on Tuesday, more than half a million (515,825)  asylum applications have been lodged in the EU+ during the first nine months of 2019, up by 10 per cent compared to the same period a year ago.

As of spring 2019, Cyprus had been receiving on average about 1,500 applications per million inhabitants each month, more than twice as many as Malta (close to 700) and about three times as many as Greece (over 450), the study said.

It added that countries with smaller populations were under particularly high pressure.

The issue of irregular migration was discussed behind closed doors at the House ethics committee with the participation of the ministers of interior, defence, justice, labour, the chief of the secret service (KYP), the permanent secretary of the foreign ministry, a representative of the police and the head of the asylum service. Representatives of the European Commission to Cyprus were also present.

“Cyprus no longer expects European solidarity but rather demands it,” Petrides said.

The minister said there were no easy solutions, but all the ministries and agencies involved were taking steps to address the situation more effectively.

He also pointed out that the social welfare system faces an enormous challenge and that multiple resources would be needed to make the situation manageable.

“We intend to solve the problem, always in the context of legality.”

Petrides said there was failure to agree on a revision of the Dublin Regulation on equal burden sharing by member states and that there was need to revise agreements with third countries and the need to ensure peaceful conditions in the Middle East.

MPs too painted a bleak picture and called for EU support with some of them also blaming Turkey.

Edek MP Elena Lymbouri said that the migratory flows were part of Turkey’s plans to change Cyprus’ demographics and called on the state services to intensify checks.

Head of the committee, Disy MP Zacharias Zachariou, said that they discussed where the migrants come from and how, where they stay, “the ghettoisations that might lead to a surge in crime” and other issues.

“Migratory flows are going beyond our capacity,” Zachariou said.

Zachariou said Turkey is at the root of the problem as migrants travel from there to the north and then on to the government-controlled areas.

Akel MP Andreas Pasiourtides, however, urged for caution on how the issue is dealt with.

“The asylum system might be abused but this does not mean there are no people who are in danger,” he said, adding that the measures must not lead to xenophobia and racism.