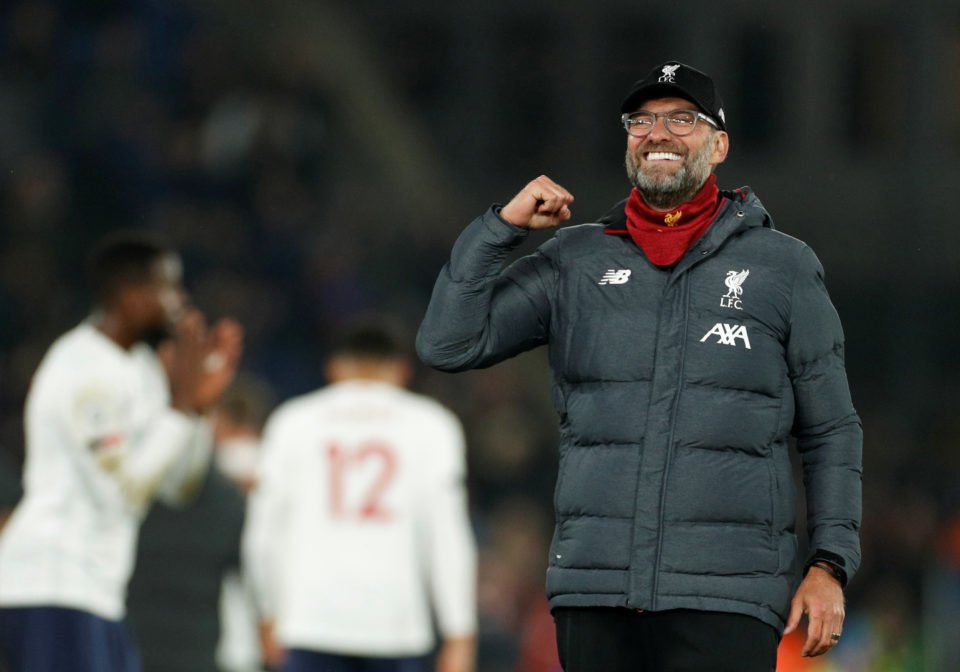 Wilfried Zaha had levelled in the 82nd minute for the hosts with his first goal of the season after Sadio Mane’s opener, but Jurgen Klopp’s men showed more resolve to extend their unbeaten run in the division to 30 games.

Roy Hodgson thought his side had taken the lead when James Tomkins headed home at the end of the first half, but VAR ruled out the effort and despite a late rally they suffered a third straight defeat.

Liverpool, who only named Mohamed Salah on the bench, dominated the opening exchanges at an electric Selhurst Park, but were denied an early goal when Tomkins blocked Mane’s effort from a Trent Alexander-Arnold cross.

After a testing 10 minutes, the Eagles forced three corners in quick succession before a golden chance arrived in the 17th minute.

Cheikhou Kouyate was able to pick out the run of Jordan Ayew but the Palace forward could only poke wide from 12 yards out.

Zaha wasted another decent opportunity five minutes later when he ballooned his volley off target, which Andros Townsend managed to control near the corner flag, although the moment had by that point gone.

The Reds did look to respond and a smart clearance by Ayew in the 38th minute stopped Firmino having a simple tap-in after Virgil Van Dijk’s header from a corner.

At the other end, Alexander-Arnold was being given a stern examination by Zaha and almost saw a rash tackle on the Ivory Coast international result in a goal.

Luka Milivojevic’s free-kick by the corner flag was inadvertently flicked on by Gini Wijnaldum and Tomkins headed in at the back post, but after VAR had a look it ruled Ayew had fouled Dejan Lovren in the build-up.

Klopp managed to get his side to regroup at the interval and four minutes into the second half they made the breakthrough.

Mane controlled Andy Robertson’s cross and saw his left-footed effort only pushed onto the post by Vicente Guaita, who watched in horror as the back spin of the ball took it onto the other post and over the line.

The Spaniard should have done better, but Liverpool’s number 10 was all smiles with that his eight goal in 10 Premier League appearances against Palace.

Hodgson’s team responded by peppering the Liverpool goal with Townsend and Milivojevic forcing Alisson Becker into action. Yet only a faint touch by Guaita denied Firmino a goal in the 65th minute.

Substitutions were made by both and two almost combined for an equaliser in the 78th minute, but Christian Benteke saw a bicycle kick go wide from Martin Kelly’s cross.

Just four minutes later and Palace did level with Benteke involved alongside Townsend before Zaha opened his body and drilled into the corner for his first goal of the season.

It was short-lived joy for the Eagles, though, as three minutes and 14 seconds after the equaliser Firmino put Liverpool back ahead with a smart finish following a goalmouth scramble after a corner.

Five minutes of stoppage time was added on and Townsend picked out Zaha with a brilliant chipped pass, but the winger blazed over and the Reds held on for another win in their quest for the title.

Elsewhere, Leicester won their fifth straight Premier League win after beating Brighton 2-0 away thanks to goals from Ayoze Perez and Jamie Vardy.

Arsenal were held to a 2-2 draw at home by Southampton.

Finally, Wolverhampton, Norwich and Burnley earned away wins against Bournemouth, Everton and Watford.