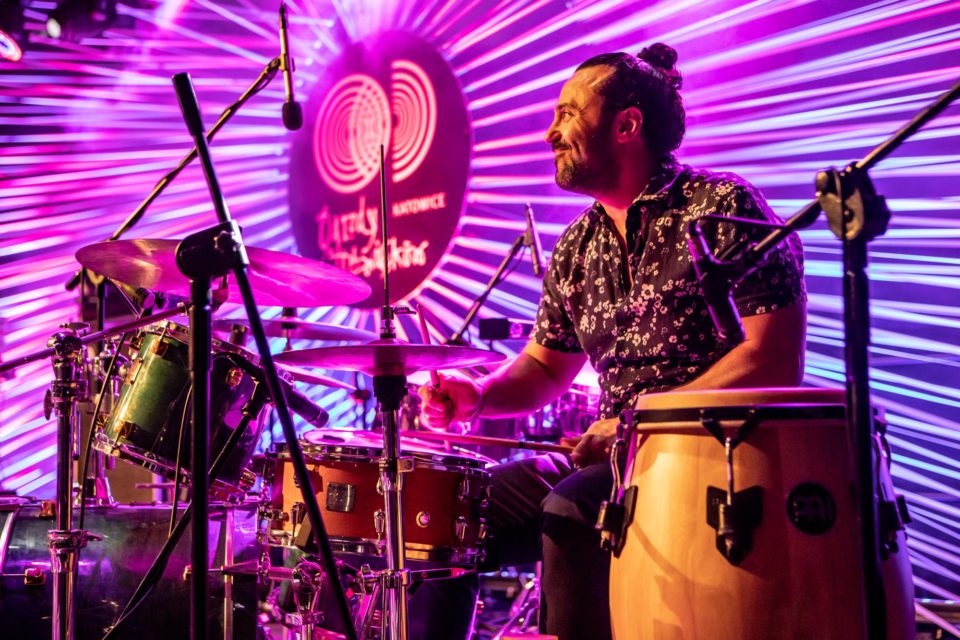 Acknowledging the influence of the Jazz and World Music genres on the Cypriot contemporary music creation, the Cultural Services of the Ministry of Education, Cyprus Music Information Centre and the Rialto Theatre organise the 6th Cyprus Jazz & World Music Showcase with eight different bands and more than 40 artists.

On the first day of the performances, on Friday, four ensembles will take the Rialto Stage. Up first is the Marios Gregoriou Quartet with Marios Gregoriou on drums, Nikolas Genethliou on piano, Rodrigo Caceres on bass and Elias Ioannou on the trumpet.

Following their act, band Larva will enchant the audience with their melodies which draw inspiration from Cypriot folk melodies and rhythms merged with western musical elements. Left in the hands of Vasilis Philippou, Alexis Kassinos and Giannis Koutis, Larva will bring more traditional sounds to the stage.

The following day, Vasilis Philippou and Giannis Koutis will take the stage again, this time under the Sol Aurorae ensemble, along with Michalis Kouloumis and Nikolas Tryfonos. The much-loved and talented Amalgamation Choir will perform next featuring Ermis Michael, with Vasiliki Anastasiou conducting.

Two more bands are scheduled to complete the performances of the showcase; Bitter Daphne and Trio Misterioso. In addition to the festival’s main programme a series of side events such as workshops and discussions with foreign guests will be held.

On Thursday, a day before the performances take place, a workshop on Self-management and internationalisation of music projects will take place at Art Studio 55, addressing artists’ needs. Two hours later, at 8.30pm a talk on Festivals & Fairs in the International World & Jazz Scene will take place with Witold Wnuk as the speaker, the Director of Krakow Summer Jazz Festival.

An innovation at this year’s event is the organisation of three Jam Sessions at Art Studio 55. The 1st Jam session will be held on Thursday with Ermis & Lee band, and two more will be held immediately after the main show, on Friday and Saturday. For more details head to www.cyprusjazzworldmusicshowcase.com

President gives stakeholders a month to sort out halloumi mess