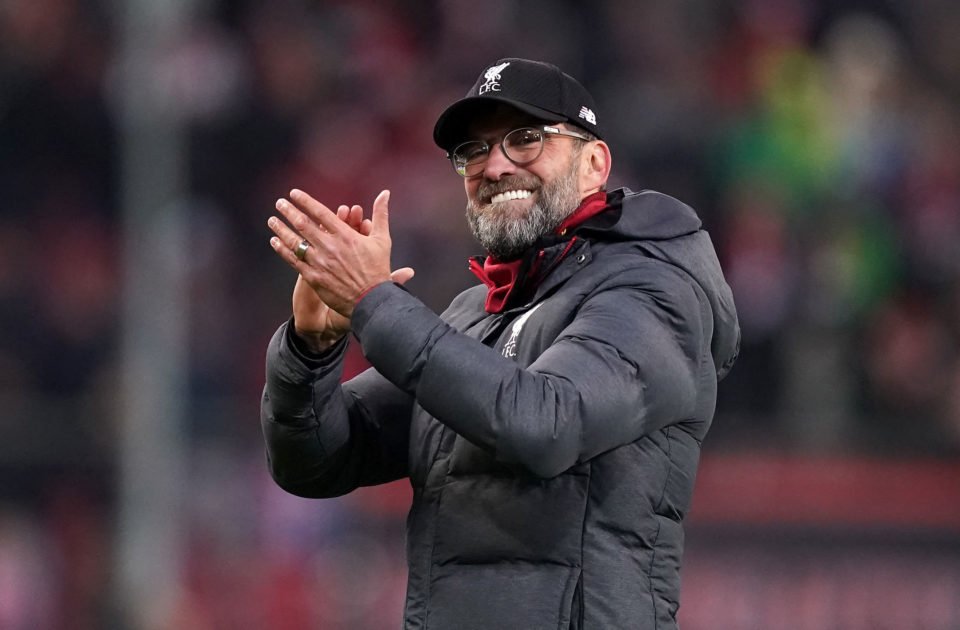 Liverpool manager Jurgen Klopp signed a new contract in order to project an image of security and stability for potential transfer targets.

The German has agreed a new deal which extends his current one, due to expire in 2022, to 2024 and while it was not a priority for him he felt it could be a key factor when it came to persuading new recruits to join.

Klopp is looking at the long-term picture, and while securing Red Bull Salzburg playmaker Takumi Minamino for a bargain £7.25million – a deal which is virtually done aside from his medical – appears to have been relatively straightforward for the reigning European champions, there will come a time when the manager’s influence will be key.

“The club was asking for a while already if we could talk about an extension and I thought it makes sense before things are getting a bit intense – not now, I was completely calm – but maybe in the summer we would have started again,” he said

“With new players when you want to bring them in they ask ‘How long is the manager going to be here?’

“We all wanted to avoid that so it’s done and I am really happy about that.

“I thought it was positive and good that people know I will be here a bit longer. It gives us stability.”

Since arriving in 2015 Klopp has played such a key role in Liverpool’s development and the assembling of a squad which is eight points clear at the top of the Premier League that extending his contract is a no-brainer.

The club is still on an upwards curve but such has been the way the manager has become embedded in every aspect of life inside and outside Anfield, he wants to be here for those times when things are not going so well.

“I feel the club is in a good place and we have the chance to develop,” he added.

“There are a lot of exciting things coming up with the new academy (and first team training base) and maybe a new stand.

“But there will be cloudy days as well and you have to be there and make decisions and I feel very responsible for all the things here.

“We know there will be problems in the future like there were in the past, but I think it makes sense someone who knows the club helps solve them than another guy having to do that.

“Four-and-a-half years from now sounds like forever in football. It would be then nine years, the longest spell I’ve ever been at a club.

“It was not too bad till now but we don’t feel that it could not be better, so let’s try to make the best time of our lives. Enjoy the ride, enjoy the journey.”

Klopp would not be drawn on the impending January arrival of Japan international Minamino.

“A very good player, I can say that, but I saw a few very good players on the Salzburg team, much more than I wanted,” he said, before giving the game away by telling a Japanese journalist “maybe we will see you more often now”.

His immediate concern is in central defence, where he has just two fit players in Virgil Van Dijk and Joe Gomez for the visit of bottom side Watford after Dejan Lovren joined Joel Matip on the sidelines with a hamstring problem.

A couple of weeks ago Klopp ruled out dipping into the transfer market, and that may remain the case as he looks to come up with more creative solutions as midfielders Fabinho (currently out until the new year with an ankle problem) and Georginio Wijnaldum have previously played the position in emergencies.

“It’s a concern. At the moment we have two and we need to take care of them and wrap them in cotton wool and ask how they want to train,” said the manager.

“We have the kids too – Ki-Jana (Hoever) and Sepp (Van Den Berg). We have ‘defensively minded’ midfielders where we can use different systems.

“I have a lot of ideas but I hope to not have to use them.”