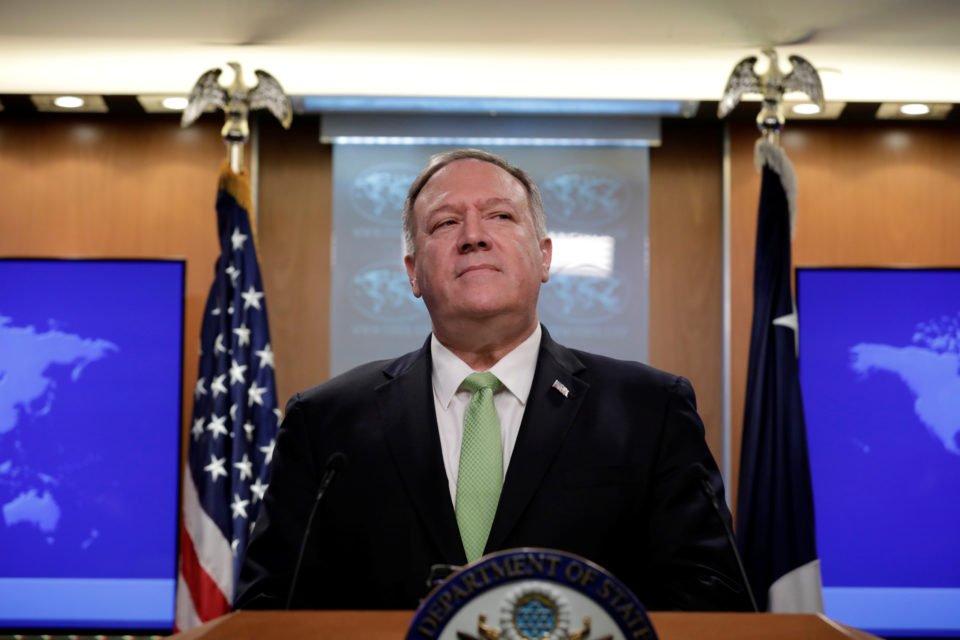 Secretary of State Mike Pompeo will likely visit Cyprus in the spring, according to diplomatic sources it was revealed on Sunday.

According to the Cyprus News Agency (CNA), Foreign Minister Nicos Christodoulides and US Acting Assistant Secretary of European and Eurasian Affairs Philip Reeker had a telephone conversation on Friday discussing developments in the Eastern Mediterranean region.

They were also scheduling the date of Pompeo’s visit which was initially slated for early January but was postponed due to the crisis with Iran.

Pompeo was set to sign a bilateral agreement during his visit earlier this month but may now sign one more agreement, which was discussed during Christodoulides’ visit in Washington last November.

Reeker also expressed his wish to visit Cyprus in the months ahead. The two also discussed other current developments in Iran and Libya.

Next week, two more US officials are expected to visit Nicosia.

On Tuesday, US Assistant Secretary of Consular Affairs Carl Risch, will be in Cyprus, to discuss the inclusion of Cyprus in the US Visa Waiver Program (VWP).

Immediately afterwards, US Assistant Secretary of State for Energy Resources Francis Fannon will also visit Nicosia. Fannon will be in Cairo on January 17 to take part in the energy forum.

“We continue to urge our NATO Allies, Greece and Turkey to work together to maintain peace and security in the region,” he added.

We encourage states, he noted, “to resolve their disputes peacefully in accordance with international law and call on all parties to refrain from all actions that risk heightening tensions in the Eastern Mediterranean.”