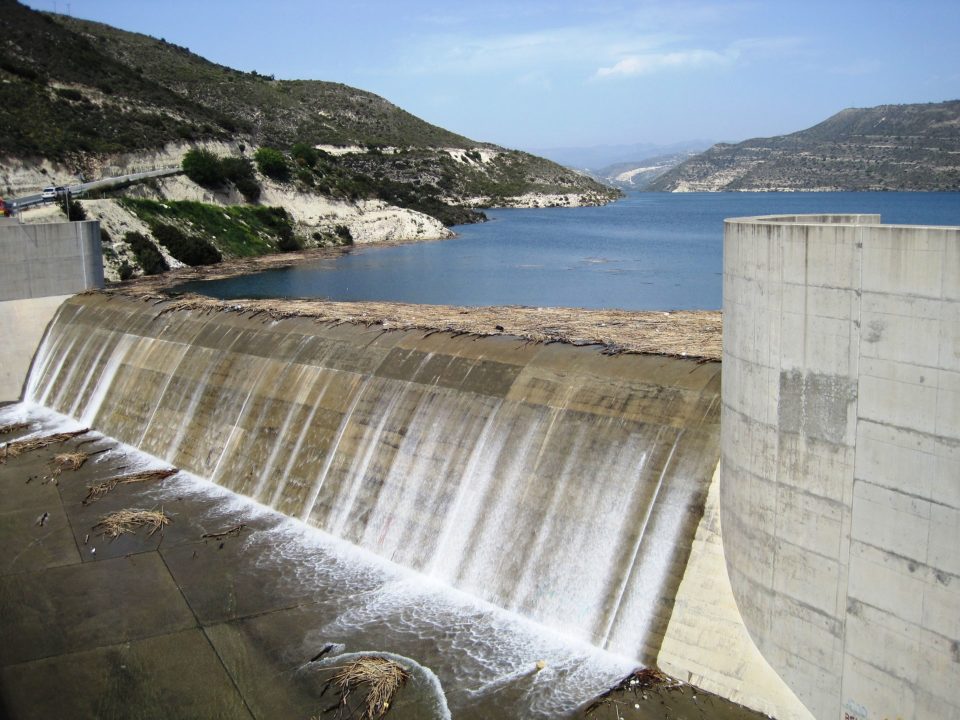 The overflowing Kouris river was diverted away from the nearby desalination plant, potentially saving lives and averting an environmental issue

Disaster was averted last week after the Sovereign Base Area Police and its partners from within the Republic of Cyprus managed to divert the overflowing Kouris river away from the nearby desalination plant, potentially saving lives and averting an environmental issue.

The police were called last Wednesday by the general manager of the plant who reported the water from the overflowing Kouris Dam had caused the river to rise to three metres in some places and was on a direct collision course with the plant.

At the time, the plant contained 17 members of staff and many tonnes of the chemical, chloride, which was now under threat.

Had the river made impact, according to the general manager, there was a potential threat to the lives of the employees and a high possibility that the chloride would be washed into the sea, causing a huge environmental issue.

Chief Inspector Panicos Panayi, who took the original call, explained how the events of the day unfolded, saying: “The general manager called the police station and he was not surprisingly very concerned that the lives of his employees were under threat from drowning, because they were virtually blocked in by the approaching river.

“Myself and the duty officer immediately went to the plant to find a way out for the employees and fortunately we were able to find a previously unused back way out and we managed to get them to safety.”

Prior to arriving at the scene, the police called the SBA Administration Area Office, the Limassol District Office, the Water Department and the Bases Fire Service, to divert the flow of the river away from the plant.

Chief Inspector Panayi continued: “Everyone reacted so quickly to the threat and within 20 minutes there were two large excavators at the scene ready to enter the river to divert its flow.

“The excavators dug into the river bank to make sure the water didn’t have a direct impact on the plant itself and the result was incredible.
“Not only did they manage to successfully divert the flow of the river and avoid the chloride finding its way into the sea, they also saved millions of Euros in damage to the plant itself, which could have set the infrastructure back a very long time.”

Fortunately, given the huge risk the river posed – there were approximately 60 other people in the area at the time – disaster was averted with limited damage to property.

The chief inspector also revealed plans are now being made to ensure this type of threat doesn’t happen again.
“Obviously, we can’t control the amount of rainfall we have had recently,” he said. “However, what we and all of our partners can do, is to look at how and why this happened and try to find a way to ensure it doesn’t happen again.

“This week, meetings have taken place to discuss our next steps but for now it is worth saying that this was an extremely successful joint operation.
“When we first took the call it seemed very unlikely that we would be able to come out of the other side with so little impact on the plant and the surrounding area and that is thanks largely to the quick reactions of every unit involved.

“Our working relationship and the trust we have in our partners in the Republic of Cyprus and indeed throughout the SBAs, was once again key to the success and I am very thankful that they reacted so quickly to offer us the assistance we needed.”