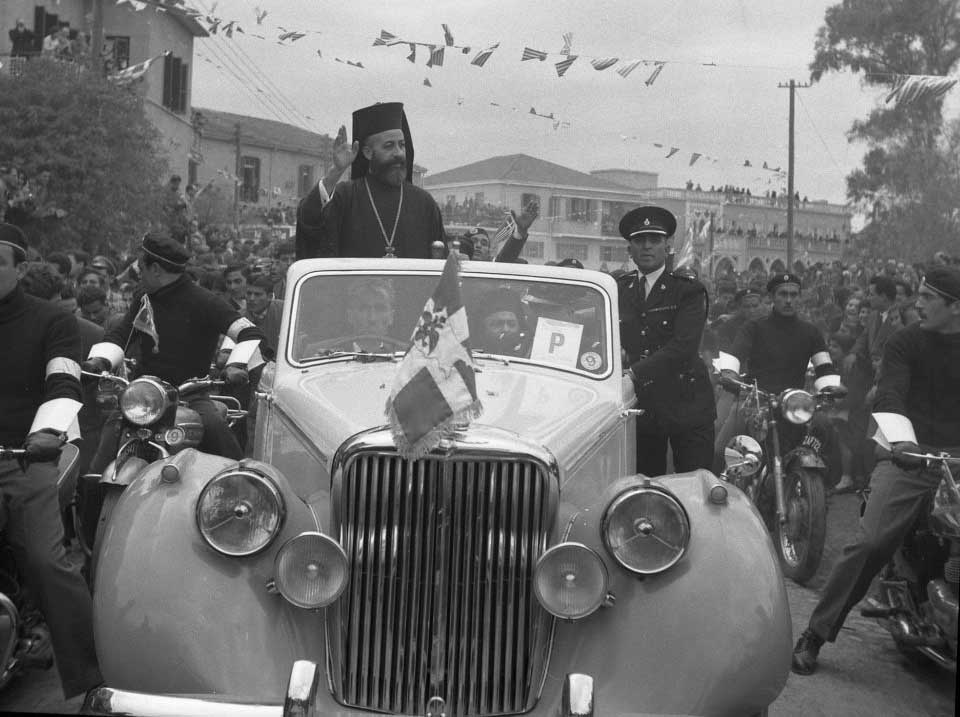 Could it be, almost 40 years after his death, that the time has come to reassess Archbishop Makarios in an unemotional and detached fashion and to draw lessons from the serious mistakes he committed that led Cyprus on a downhill path? It is the path that most of Makarios’ successors have followed. To the extent that it is possible to compress such a difficult task within the framework of a newspaper article, I am attempting, today, to identify the major errors committed by the most revered leader of Cyprus.

Makarios was born in 1913, at Pano Panayia, a small mountainous village in the district of Paphos. Unquestionably, he was a charismatic leader, capable of exercising the compelling charm that inspires devotion on the part of the masses. I vividly remember the huge crowd that welcomed him on his return to Cyprus, on March 1, 1959, following the agreement which led to the declaration of the independence of Cyprus. It was a warm day. Perhaps the warmth was generated by the bright spring sun shining above. Perhaps the enthusiasm of the crowd represented a large percentage of the total population of Cyprus. I was there, under the balcony of the archbishopric from which he delivered his speech. I remember his words: “Immortal from the depths of our history emerges the spirit of our ancestors to herald the great message: We have won. Cyprus is, today, a free country”.

However, this festive climate had been preceded by serious political errors. In 1950, the then 37-year old Makarios was unanimously elected archbishop of Cyprus, on a commitment that “he would work tirelessly for the Union of Cyprus with Greece”. He lost no time and immediately demanded the support of the Greek government in attaining this goal. The response he got was a negative one because the Greek government correctly judged that the conditions were not ripe for such an exercise. Nevertheless, under the pressure exercised by Makarios and despite its reasoned objections, Greece ended up appealing five times before the UN General Assembly in support of the right of the Cypriots to “self-determination”. These efforts were unsuccessful in the face of Britain’s objections.

Makarios’ next mistake was the premature declaration in 1955 of the Eoka struggle, during which he rejected the Harding Plan as well as the Radcliffe Plan, which were successively proposed as a basis of resolving the problem. These rejections pushed the British into involving Turkey in the game.

Shortly thereafter in 1959, Makarios co-signed the Zurich-London agreements, retrospectively claiming he was “blackmailed” into doing so. These agreements formed the basis for declaring Cyprus an independent state. The establishment of the Republic of Cyprus in 1960 generated a lot of dysphoria amongst Greek Cypriots and a negative reaction on the part of many Eoka members, who saw this development as abandoning the goal of Enosis.

This reaction led Makarios into his next mistake. On the one hand, as president of the Republic of Cyprus, he had sworn allegiance to the constitution (which expressly ruled out the union of Cyprus with any other state) and, on the other, he was declaring that the state of independence was a transitional stage and that gradually Cyprus would be led into a union with Greece. In fact, through unilateral actions, he attempted to amend the constitution of Cyprus (in respect of the celebrated 13 points), while effectively refusing to implement the constitutional provision that stipulated the setting up of five separate Turkish Cypriot municipalities, for a trial period of four years. These mistakes led to a climate of insecurity amongst the Turkish Cypriots.

With a little political vision, which he unfortunately lacked, this apparent conflict that was tormenting him could have been easily resolved in the context of the European Union – a concept that had been conceived shortly after WWII.

Unquestionably, Makarios was full of self-confidence. This self-confidence systematically led him to overestimate his ability to tackle problems and to influence the political future of Cyprus. This excessive self-confidence led him to join the Non-Aligned Movement, a move that branded him as a person detached from the West. On the basis of the ultimate fate of most of the founding members of this movement, the decision of Makarios to join this camp was clearly a mistake and, superimposed on the 1967 military coup in Greece, led Cyprus into new dangers.

His confidence in his own skills is possibly why he actively hindered the development of a healthy, democratic, multiparty system of government, thus ensuring that he himself would have the last word in the political affairs of Cyprus, which he did for nearly 30 years. This was also one of his big mistakes.

Makarios’ conviction that he was a Greek “ethnarch” (i.e. a leader of the broader Greek nation and not merely of small Cyprus) led him into his next mistake, to oppose and clash with the military junta, which ruled Greece from 1967 to 1974. I remember distinctly that, shortly after the first international resolution condemning the Greek junta was passed by the Confederation of Cypriot Students in July 1967, we sought and secured a meeting with President Makarios in the course of which he unconditionally declared that “we will fight with all the means we have at our disposal and we will combat the burdensome junta”. I believe that Makarios never felt that there was a real risk of a coup d’état being staged in Cyprus, beyond the personal attacks on his life. Another assessment that was wrong.

The events that followed are well-known. In the period from 1967 until the coup d’état in 1974 and the Turkish invasion which followed, the conflict between Nicosia and Athens was continuous and uninterrupted. One of the consequences of this conflict was Cyprus’ gradual detachment from the West and the openings which were pursued in the direction of the Soviet Union and China.

Another consequence was the isolation of the Turkish Cypriots in small enclaves, where they were striving to survive under adverse conditions. There are many indicators suggesting that Makarios was convinced he was in a position to avert a Turkish invasion, as he had done in the past. This conviction of his he conveyed to the vast majority of Greek Cypriots, in whose minds such a development was inconceivable. The consequence of this incorrect assessment was disastrous.

Many believe that the stand taken by Makarios in the coup d’état staged in Cyprus and, in particular, his call on the “guarantor powers” to intervene to restore constitutional order, comprises yet another mistake of his. My assessment is that, for as long as the perpetrators of the coup were in power, the Turkish invasion was inevitable.

In retrospect, one could speculate on what might have happened if Makarios immediately resigned his position and called upon Glafkos Clerides, as the speaker of the House of Representatives, to assume the duties of the president (as stipulated in the Constitution) and to call a general election for a new president, on the basis of a commitment to comply fully with the provisions of the 1960 constitution. Such a move required political foresight and political courage, both of which Makarios was lacking. The Greek Cypriots paid dearly for the mistakes of its leader.

Christos Panayiotides is a regular columnist for the Cyprus Mail, Sunday Mail