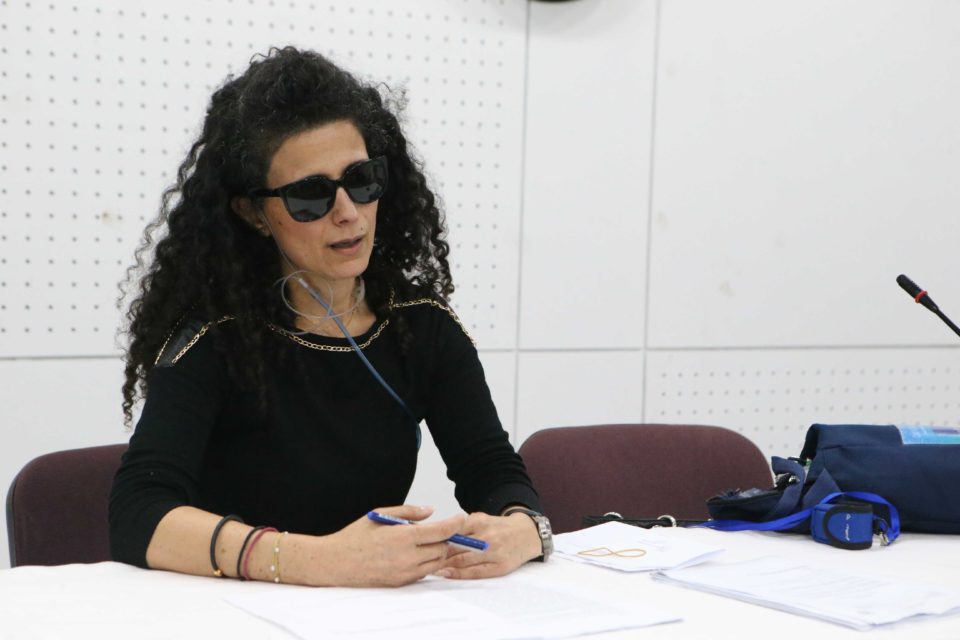 A former journalist at state broadcaster CyBC diagnosed with encephalitis caused by the environment at her workplace in 2007 called on the state on Tuesday to respect her human rights and compensate her for the medical expenses she has had pay for her treatment.

Evdokia Loizou has sued the state for damages between €500,000 and €2m for human rights violations after CyBC refused to compensate her for €186,000 she had paid out of her own pocket for treatment.

“What is happening to me is out of this world,” she said during a news conference. “What I have been through in the past 12 years is an absolute nightmare.

“By refusing to compensate me for the treatment that I need and that I stopped doing because I couldn’t afford it anymore, the state is grossly violating my rights and stripping me of my dignity.”

In 2013, the labour inspection department acknowledged that her disease was caused by the environment at her workplace, where biological and chemical contamination, as well as a large accumulation of bacteria and poor ventilation had been detected “due to the uncontrolled presence of animals (cats) attributed to the poor condition of the premises”

Loizou reported Cyprus to the European Court of Justice for violating community rules on healthcare. Despite being vindicated, the authorities refuse to pay the money she paid over and above insurance coverage.

“The state is simply mocking me. They set up one evaluation committee after the other, trying to play down the illness I am currently suffering from.

“But the reality is that my encephalitis is preventing me from leading a normal life and has forced me to stop working.”

After Loizou stopped working in 2010, CyBC stopped paying her salary in April 2014.

In December 2017, a medical report by neurologist Michael Hanna, of the UK’s National Hospital for Neurology and Neurosurgery, said Loizou had been evaluated on many occasions and was found to experience significant neurological fatigue, intermittent oxygen desaturations (reduction in blood oxygen levels) and intermittent respiratory difficulties.

The report confirmed she is not able to work as she gets tired extremely easily and her health condition causes fatigue.

Loizou reported the case to the European Court of Justice, which, under the EU law directive 2000/54 on the protection of workers from risks related to exposure to biological agents at work, ruled in her favour.

However, she is still waiting to be compensated by the state.

“It’s unacceptable, we are an EU country, these things shouldn’t happen,” she said.

“I will keep fighting until I see that my rights as a citizen and, most importantly, my rights as a human being, are being respected and I receive my rightful compensation.”